(Sports news, Tennis news) Weekly tennis news January 26 – February 1: The overwhelming favor that the 2021 Australian Open organizers gave Novak Djokovic and Rafael Nadal made Alexander Zverev angry. Meanwhile, Maria Sharapova revealed the secret to keeping a beautiful body when she was about to “get on the flower carriage”.

Zverev is upset that Djokovic and Nadal are biased

The organizers of the Australian Open 2021 (February 8-21) decided to divide the players participating in this Grand Slam tournament into two separate groups.

The first group consists of Novak Djokovic, Rafael Nadal, Dominic Thiem (top three male tennis players on the ATP chart) and some of the world’s top female colleagues who are trained in good conditions in isolation in Adelaide. Meanwhile, the remaining group of 72 tennis players are crammed in a high-rise hotel in Melbourne with limited facilities, affecting their preparations for the Australian Open.

Sharing about this issue, Alexander Zverev, a German tennis player ranked 7th in the world, said on Tennis Head:

“I think the only real mistake that happened in Adelaide with top players. Because they have more time to practice and they also have more freedom in the process of living. But unlike quarantine and flights, we have to accept that injustice.

We understand that Australia now needs no more Covid-19 cases among the participating players and we will not complain anything about such situations anymore.

It has been a year since Maria Sharapova announced her retirement from her career. Recently, the tennis lady, once nicknamed “Russian Doll”, posted on her Instagram a photo and a short video clip when she wore a black bodysuit to show off her sexy body curves and work hard. gym to slim body. “It has been a few minutes or years since I last wore these tights,” Sharapova said. Do whatever you need to stay motivated, even when you exercise at home.

Not long ago, Sharapova officially announced her engagement to the famous British businessman Alexander Gilkes. This one-wife man even gave Masha an engagement ring worth up to 400,000 USD (more than 9.2 billion VND).

Video Maria Sharapova shows off her beauty as she prepares to marry a rich husband:

Federer welcomes good news in the tournament to return

Although he had to withdraw from the 2021 Australian Open due to needing more time to regain 100% of his fitness after 2 knee injury surgeries last year, Roger Federer is expected to return in 3 tournaments in March. They are ATPs level 500 and 250 in Rotterdam (Netherlands), Doha (Qatar) and Dubai (United Arab Emirates).

Recently, Mr. Colm McLoughlin, Executive Vice President and CEO of the main sponsor for the ATP 500 Dubai Tennis Championships 2021, confirmed that the hard court tournament which took place from March 14-20 will welcome the audience again. The pitch was well controlled by Covid-19 translation.

This is good news for many big players in this playground, including defending champion Djokovic, defending runner-up Stefanos Tsitsipas or former king Roger Federer. In the first round of the WTA Gippsland Trophy 2021 women’s singles tournament in Melbourne, preparing for the Australian Open, 13th seed Jelena Ostapenko had many difficulties when meeting Sara Errani. 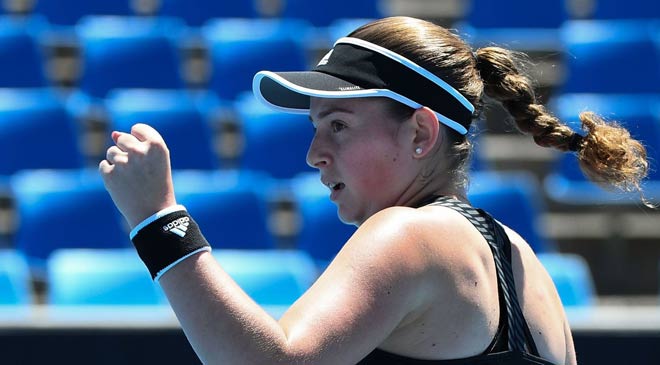 Video Jelena Ostapenko beat Sara Errani in the first round of the WTA Gippsland Trophy 2021:

The Australian Open welcomes up to 30,000 spectators / day for the Covid-19 season

The risk of the Australian Open 2021 must take place in a condition where no audience has been eliminated. On Saturday (January 30), the Grand Slam organizers announced that a crowd of fans of up to 30,000 people could buy tickets to watch the Rod Laver Arena matches in the first 8 days of competition. of this year’s award.

Since the semi-finals, that number will drop to 25,000 people / day. According to Sports Minister Martin Pakula of Victoria State (Australia), due to the Covid-19 limitation, the total number of fans that can enter the stadium to watch the Australian Open matches this year will be about 390,000 people, only equal to one half compared to the usual years before. (Sports news, Tennis news) On the eve of the 2021 Australian Open, Rafael Nadal revealed his opinion on the opportunity …