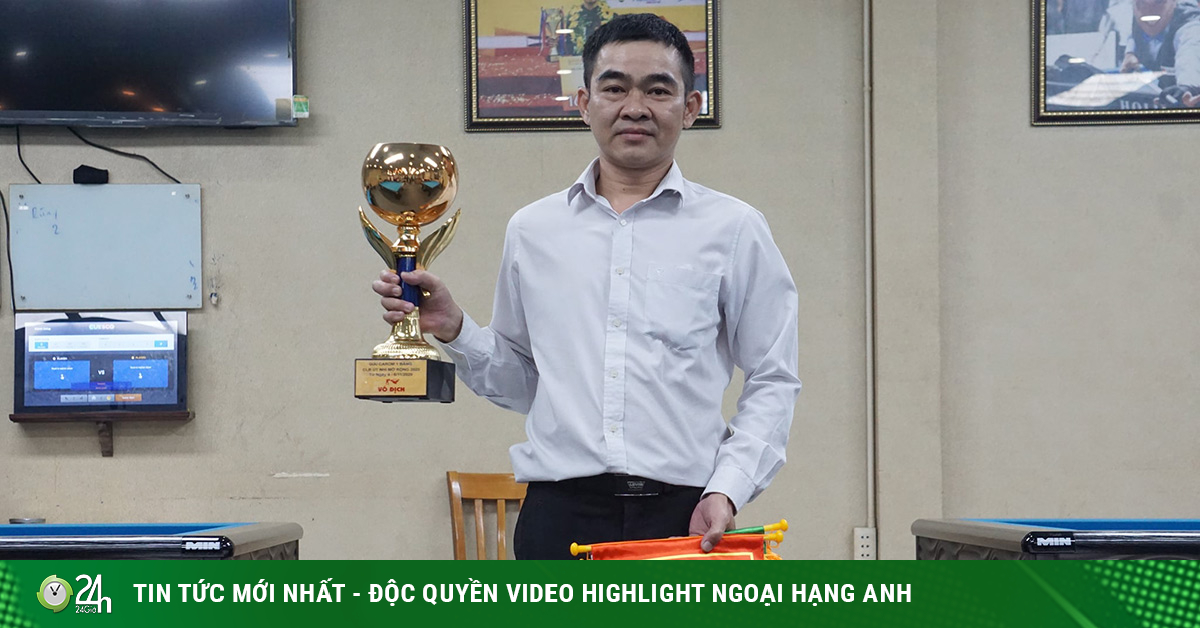 Worth mentioning, Phuoc Hieu used this “huge” muscle to overcome Ngoc Tri, who previously held the highest series of 48 points. Entering the semi-finals, Phuoc Hieu defeated SEA Games champion Tran Phi Hung with a score of 100-27. He also scored a series of 34 points in this match.

With an extremely impressive performance, Phuoc Hieu overcame veteran player Nguyen Sy Tuong in the final with a score of 100-15 to win the championship worth 12 million VND. This title is completely deserved when Phuoc Hieu has almost all hits scored dozens of points in his matches.

More importantly, Phuoc Hieu has a perfect momentum run for the final round of national billiards 2020 taking place in Da Nang from November 12 here. This is the highest peak tournament of home billiards only for the best players in the country to attend. Unfortunately in the Ut Nhi Open Tournament 2020, Dinh Nai did not attend for personal reasons. This makes the competition for this year’s national ice carom championship even more unpredictable.

(Sports news, billiard news) The players had a great performance in the first carom 1 …