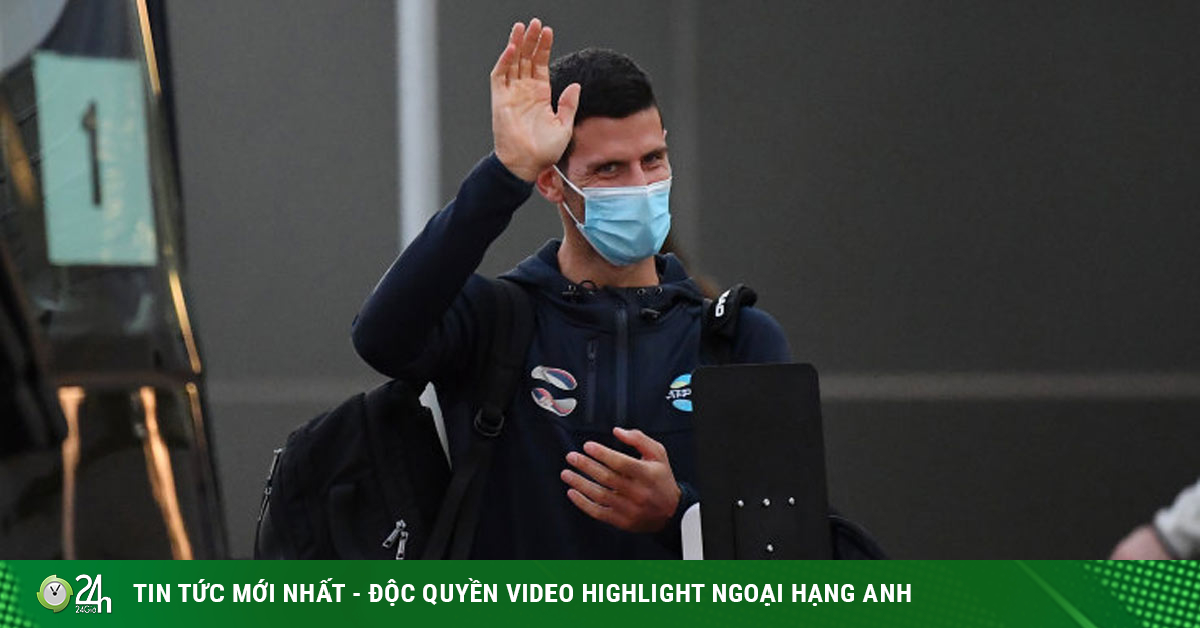 (Sports News, Tennis News) Visa revocation, deportation from Australia and the inability to find the 21st Grand Slam at the Australian Open 2022 are not Djokovic’s last difficulties.

Novak Djokovic failed to come out of the battle of his life as a winner. The judges did not sided with Djokovic again when the Australian Government deemed his presence a threat to the health and order of Australian people and society. 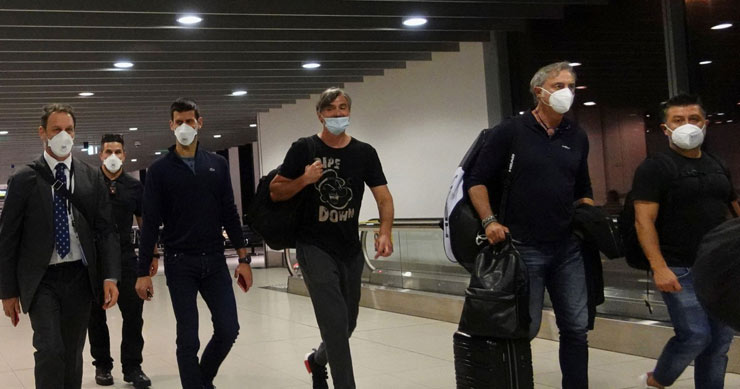 Djokovic is not a terrorist. Sure enough. He is just a tennis player, the current best in this individual sport, who by sowing sorrows to his opponents to bring joy to his victory and to all those who love you personally.

Djokovic’s threat comes from a different angle, from the choice that seems to symbolize the spirit of freedom, resistance, and willingness to belong to the minority, but increasingly difficult to be accepted by the community and the whole world. political institutions. Not vaccinating is no longer a matter of want or not, consent or disregard.

Even this choice is still contested, it is the only basis for the Australian Immigration Minister to beat Djokovic by a decision that the magistrates consider the Minister has the authority and reason to do so. promulgate.

Visa is like that. We once again have to affirm that, the issuance of a visa does not mean that the grantee can automatically enter and stay (within the allowed time) in the host country. That’s not to mention a large percentage of people who have never been granted a visa by a country that they don’t know why they were refused.

Djokovic is also at fault

A week ago I said that Djokovic might just be a political victim as the Australian Prime Minister prepares to head into an election. When the Australian Tennis Association arranged for some players and officials to be able to enter the country to participate in the tournament under the exemption of vaccination and isolation, ignoring some warnings of the Federal government when working with Victoria state government where the tournament is held.

But subsequent developments showed that Djokovic had made some mistakes. The biggest is Djokovic’s infection with Covid on December 16, 2021 – the most important factor to enjoy an exemption from entry to Australia – but in the following 2 days he went to attend a series of events and one of them was he admitted when he knew the test results.

That behavior was judged by the Australian Government (and possibly judges) as Djokovic did not take Covid – an epidemic that has killed millions of people – seriously. From when Djokovic held a tournament in the midst of the epidemic in early 2020 until he answered a French reporter when he was positive for Covid-19 on December 18, 201, it went against the standards of the community and government.

In Serbia, a person with Covid at a time like Djokovic still requires a 14-day quarantine. In Australia, the whole country was “tethered” to the framework of moving towards a “Zero Covid” society for many months and now there are hundreds of thousands of new cases every day and a crisis of lack of testing kits. widespread.

If it is considered as the basis for the Australian government to “turn the car around”, it is difficult to argue even though the “political motives” are not without. 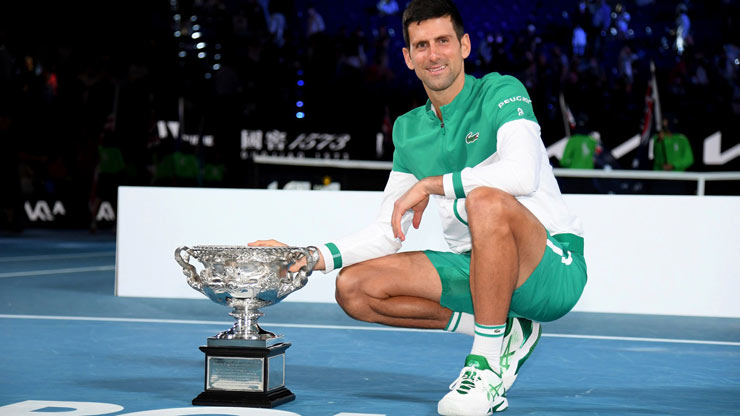 Many people who have followed Nole’s Visa case directly from the beginning have questioned why the Australian Immigration Minister did not address the errors in the immigration declaration process that Nole acknowledged, and did not put up with. discuss questions of judges after media investigations into Djokovic’s “Covid progress”, another way of saying Djokovic’s suspicions of fraud.

This question has not and probably will not have an answer. It is also possible that the Minister’s choice was to eliminate the possibility that Djokovic could present new evidence, so that Nole’s defense lawyers could counterattack with the only (testing records) of the Serbian government. are holding.

But just targeting the anti-vaccine ideology and disregard for the principles of epidemic prevention that have become universal around the world (test – positive – mask – quarantine) has opened the door for Djokovic to return. with the Australian Open in the future, from 2023 for example.

No violation of the immigration regulations means that Djokovic is not a criminal, most likely will not be considered for a 3-year ban from entering Australia as reported by the Australian media.

Positive changes, if any, can open the way for a normal state of mind for those who follow the movement to live with their passion. And among them Djokovic was greeted as a hero in Melbourne, continuing to make historic milestones for world tennis.

But for Nole, 2022 will be an uncertain year

Djokovic said he would be leaving Australia with great disappointment but respecting the Court’s decisions, with best wishes for the tournament and the players remaining. The 10 stormy days of his life have inadvertently taken away the attention that should have been given to them, for the desire to conquer and then create the top matches. Then Djokovic from here will keep quiet for a while.

But Djokovic’s silence will leave us with big questions, if he still says no to a vaccine, what will his 2022 season be like?

In the US, the latest regulations from January 2022 on exemptions for unvaccinated people are narrower than in Australia. There is absolutely no consideration that anyone who has had Covid within the past 6 months can be exempted.

The US will be the host of 3 Masters 1000 and the fourth Grand Slam of the year, the US Open.

In the UK, which hosts the third Grand Slam of the year, it is open to those who have not been vaccinated, but there will be 10 days of mandatory isolation for them.

If the gap between two Grand Slams, from Roland Garros to Wimbledon, is only a few weeks, then that would be the ideal preparation for a player under pressure to defend the title.

Only Roland Garros opened the door for Djokovic, where Paris placed Monaco (where Djokovic settled long-term) on the list of safe starting points.

From where a new player last year also reached the final of four Grand Slam tournaments and won three of them, extending the record of consecutive weeks at the world number one, now Djokovic will lose his first 2000 at the Australian Open. (from last year’s championship, currently has 11,015 points).

If the final winner in this tournament is Medvedev, Djokovic’s world No. 1 position will be handed over to the Russian player (last year in the final, 8935 points).

That must be the goal of Medvedev, and many other stars from Zverev, Tsitsipas, Berrettini to veteran players like Nadal.

Without Djokovic, from now on, we will only talk about pure expertise and what an Australian Open 2022 can bring.

That is certainly what the whole tennis world aspires to. 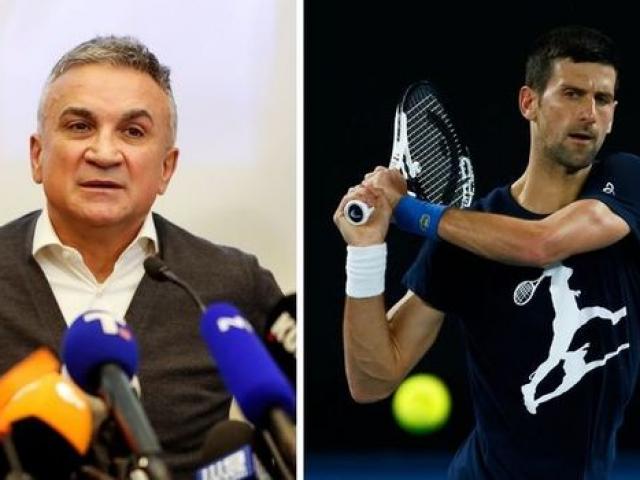 (Sports News, Tennis News) Losing the lawsuit and being deported from Australia makes the ambition to defend the Australian Open championship th…