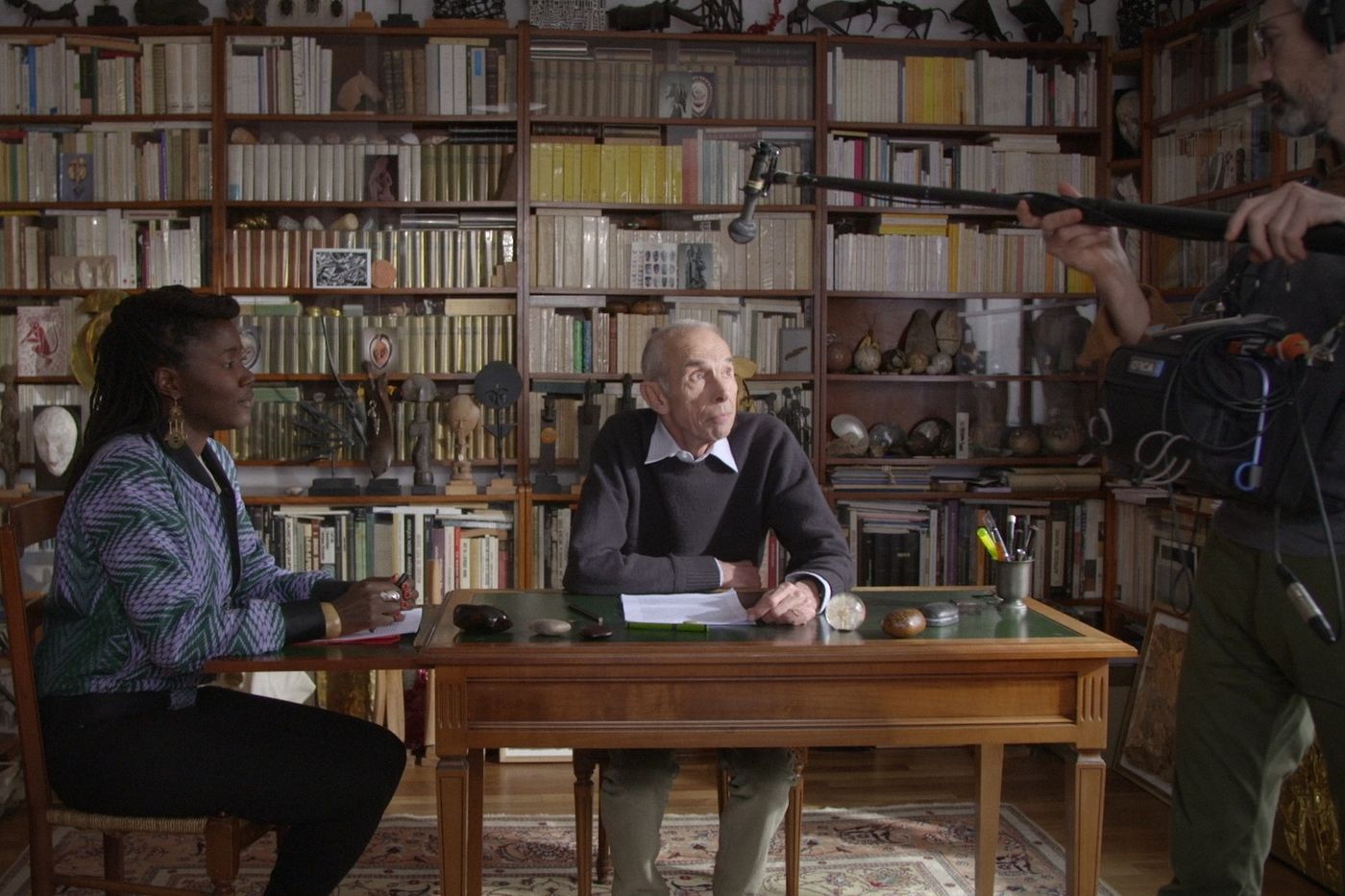 Since his first documentary, The World TourAlice Diop never stopped filming the suburbs, especially Seine-Saint-Denis where she grew up, so “obsessive”. For her, it is a question of offering a counter-narrative to the one imposed from the outside with her received ideas which confine and reduce her representation to news images. “Showing reality in all its complexity is a political project. It is the raw material of my creation and allows me to erect images against what divides us, deceives us, hurts us”. says the director.

With her latest film, awarded at Berlin in 2021, she crosses the same territories but widens her gaze to question this ” We “brandished in the demonstrations after the attack on Charlie Hebdo. Inspired by Passengers on the Roissy-Express, of the writer and publisher François Maspero, who left along the RER B line “without a priori or sociological will, just for the pleasure of travel and meeting”, Alice Diop did the same with a camera for a month.

She shows us the life of hard work and invisibility of Ismaël, the Congolese mechanic who repairs cars in a parking lot, as well as a hunt in the Chevreuse valley, the pensioners of the suburban areas cared for by his nurse sister. , or that handful of royalists who attend a mass commemorating the death of Louis XVI every January 21. With only the desire to film them as a guide, without any concern for representativeness. “I chose the cast, and it is the editing that through the juxtaposition of these fragments poses, in a dialectical way, the question of ‘we'”, she explains.

Do they form a community or on the contrary the addition of separate worlds? The question, to which the filmmaker refrains from providing an answer, is basically addressed to each of us. By showing “a reality that we do not want to see”, Alice Diop seeks to fill the gaps in the national narrative, “to add other memories insufficiently taken into account to give them legitimacy”.

→ SELECTION. Films and series, filmmakers’ views on the suburbs

Gaps that bring her back to her own story, that of her Senegalese parents who came to work in France who left no other traces in the official story than these few video images that she integrates into this story and forms part of it. sensitive. “If I wanted to become a filmmaker, it was to partly cure this frustration, she reveals. And give a cinematographic setting to all these existences. »