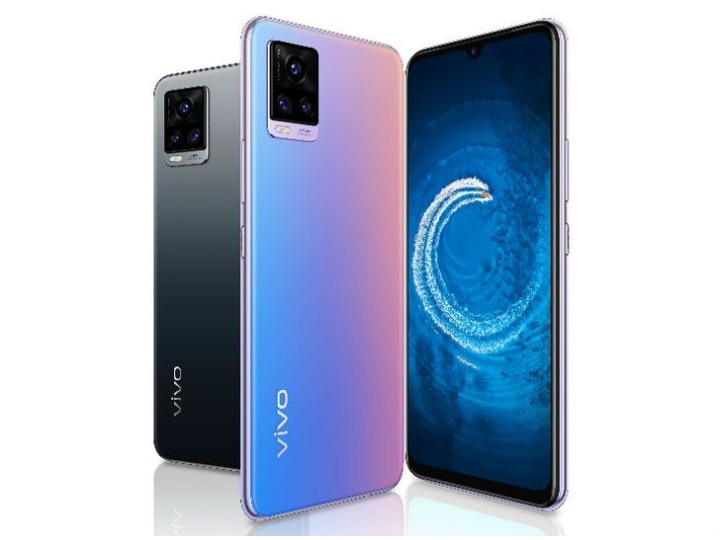 Vivo Has launched its new smartphone Vivo V20 in India. This phone was launched in Malaysia last month for 21 thousand rupees. This phone is very special for people fond of photography. It has the latest camera features. The phone has been launched in two variants. Let’s know the specifications and price of the phone.

cost
The 8GB Ram + 128GB variant of Vivo V20 is priced at Rs 24990 while the 8GB Ram + 256GB variant is priced at Rs 27990. This phone has been launched in three color options which include Midnight Jazz, Sunset Melody and Moonlight Sonata. Pre-bookings of this phone have been started and its first sale is from October 20. You can buy this phone from the company’s website and Flipkart.

specification
Vivo V20 phone has a 6.44 inch full HD AMOLED display. The phone has Funtouch OS 11 with Android 11. The phone is equipped with an octa-core Qualcomm Snapdragon 720G processor. The phone has been launched in two variants 8GB + 128GB and 8GB + 256GB. This can be increased to one TB. Fingerprint sensor has been given in the phone for security.

The camera
Talking about the camera of Vivo V20, the camera of this phone is very good. The phone has a 44-megapixel selfie camera, which comes with the segment first i-auto focus algorithm. It will get 37.5 percent more pixels than the standard 32 megapixel camera. The front camera has features like Art Portrait Video, Slow-Motion Selfie Video, 4k Selfie Video and Super Night Selfie 2.0 with Aura Screen Light. The phone is equipped with dual view video feature, so that recording can be done with both front-rear cameras at the same time.

Realme 7 pro will compete
Vivo V20 SE will compete with Realme 7 pro. This phone of Reality has a 6.4-inch AMOLED FullHD + display. It has an octa-core Snapdragon 720G processor. RAM is given 6GB and 8GB. 128 GB of storage is provided in the phone. Apart from this, you can also increase it with the help of MicroSD card. The Android 10 operating system based Reality UI has been given in the phone. The variant of Realme 7 Pro’s 6GB RAM and 128GB inbuilt storage is priced at Rs 19,999. At the same time, the price of 8GB RAM and 128GB storage variants has been fixed at Rs 21,999. This phone will be sold in the cell on Flipkart and Realme.com for the first time today. In this, phone mirror blue and mirror silver color options have been given. Good News! Reliance Jio is preparing to bring the cheapest 5G smartphone, the price will be only 2500 to 3000 rupees