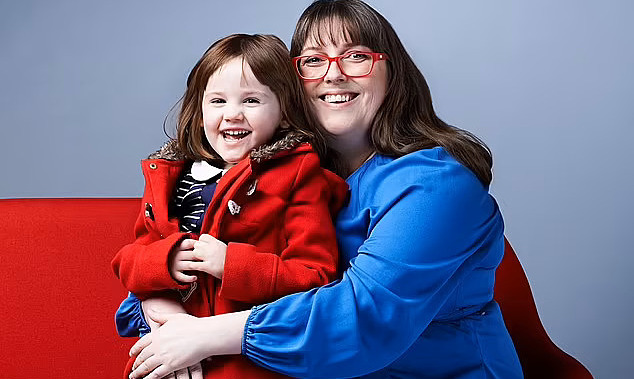 BrotherHolding her daughter in the audience chair, Kimberley Godsall felt uncomfortable when the play opened with the sentence “Surely every woman here has had sex.”

Her discomfort was not due to caution because there were small children around, but because the opening words were wrong. Despite having a daughter, Godsall, 38, is still a virgin.

The tutor from Tunbridge Wells, Kent says she’s a romantic. “From an early age I knew I wanted to have children, but I just wanted to have sex with the person I was going to marry,” she said.

She does not judge others if they have many sexual partners, nor does she claim that her husband has never had sex. Her friends laughed at her conception of life. But she does this just to keep to herself, because she is proud of the family tradition, where her mother and sister both married the love of their life at the age of 25 and lived happily in the suburbs with two children.

Godsall has had several brief relationships, but she has yet to find the man of her dreams. Her longest relationship was at 22, with an actor and at 32, with a teacher, although both times lasted only about three months.

In her mid-30s, she began to fear fertility. “At that time I thought I couldn’t live my whole life without children,” Godsall said. In 2017, at the age of 33, she chose an online sperm donor and spent more than $2,000 on IUI (intrauterine insemination).

This experience was the “most painful experience” of my life. They used a vaginal opener, before inserting the syringe into her uterus. “They said I was in pain because I was a virgin,” she said.

That time was unsuccessful and Godsall went on to spend thousands of dollars on IVF. In mid-2018, she was overjoyed because she was finally pregnant with a baby girl. Currently, her daughter is almost 3 years old and Godsall is trying to have more children for her daughter.

Godsall is among a growing number of “virgin mothers” who are choosing to have children before finding a life partner. There are no exact statistics, but many fertility experts say they are supporting virgins to become mothers. At least four fertility clinics in the UK have helped this group of women conceive in recent years.

Dr Maha Ragunath, medical director of Care Fertility Clinic, in the UK, claims to have helped at least three virgins trying to conceive. “They understand that a woman’s fertility is finite. They’re saving themselves before it’s too late,” Ragunath said.

“Among these, one has a career and is too busy to discover ‘sex’. As for having children, she has prepared herself very well. All three cases have the support of parents when doing it. IVF,” Ragunath added. Single women currently make up 6% of Ragunath’s clientele and it’s growing.

As for Godsall, she did not want to die without knowing what sex is. “Part of me is always wondering what sex is and if I’m missing out on something interesting, but another part of me just doesn’t have the courage to have sex with someone without committing to spending the rest of my life with me. marriage,” she shared.

Now, the desire to meet “Mr Right” (the right person) is no longer burning, because she already has a daughter.

Bao Nhien (According to Dailymail)