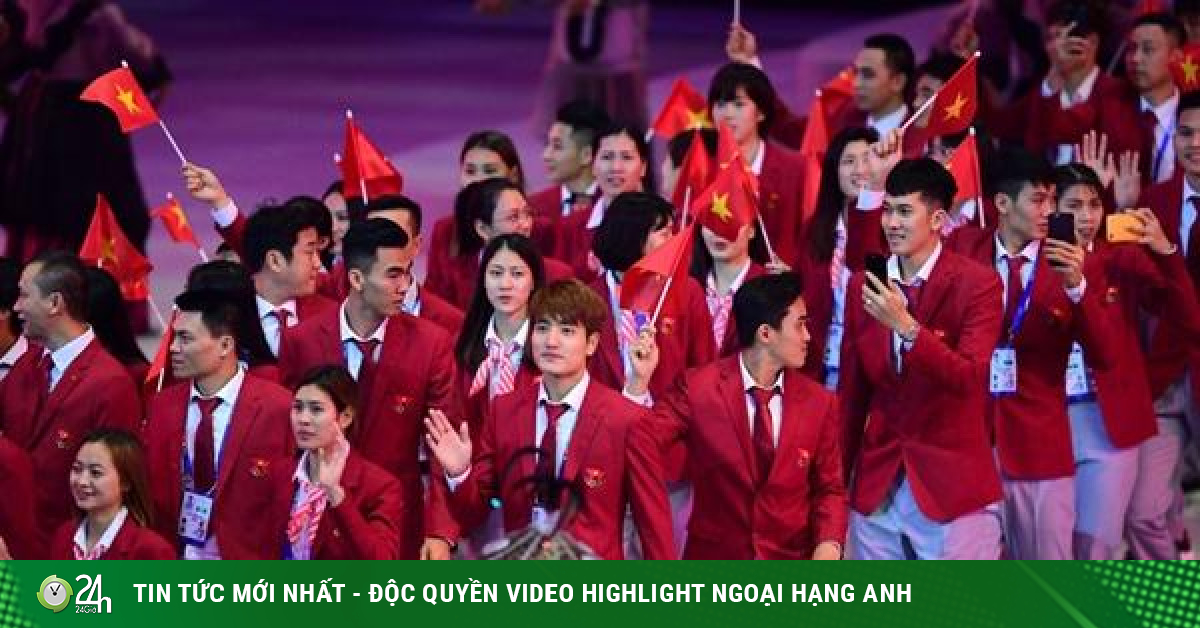 In the early days of the New Year of the Tiger 2022, Vietnamese sports received a series of good news from football. That could not be a better sign for the whole sport to look forward to a successful year, especially at the 31st SEA Games held at home.

King sport has successfully completed the task of “breaking the ground” for Vietnamese sports in the New Year of the Tiger in 2022. On the first day of the Lunar New Year, the Vietnamese men’s team overcame the Chinese men’s team 3-1 at My Dinh Stadium in a completely superior match. Coach Park Hang-seo’s teachers and students can say and do it. Not only won the first score in the third qualifying round of the 2022 World Cup in Asia, the Vietnamese team also went down in history as the first representative of Southeast Asia to win at this stage. Even the Thais at their peak couldn’t do that.

More important than the record is the convincing play of the red shirt team. The return of Do Hung Dung with the captain’s armband and the strange bird Tuan Hai on the attack brought a freshness that the Vietnamese team lacked for a long time. They, together with coach Park Hang-seo’s determination to change, can open a new cycle of success for Vietnamese football.

Equally amazing, the Vietnamese women’s team easily defeated the Thai women’s team on the 2nd day of the Lunar New Year in a series of play-offs to compete for tickets to the World Cup 2023. This victory not only affirms the queen of Vietnamese women’s football. in Southeast Asia, but also opens up the opportunity to bring us to the biggest festival on the planet for the first time. Thus, after futsal, Vietnamese women’s football also recorded its name in World Cup history. It was a perfect push for the country’s sports industry to enter the new year and aim for important goals, especially at the 21st SEA Games.

The opportunity to compete in Southeast Asia will help athletes gain more experience towards larger arenas.

Towards the pinnacle of SEA Games 31

After many delays and reschedules due to the impact of the COVID-19 epidemic, the 31st SEA Games officially set the time to take place in mid-May this year in Hanoi and neighboring provinces and cities. This is the first time the biggest sports festival in Southeast Asia has returned to Vietnam since its success in 2003.

Nearly 20 years ago, the Vietnamese sports delegation excellently won first place with 158 gold medals, far ahead of Thailand’s 68 gold medals. In the second time hosting the SEA Games, Vietnam naturally wants to repeat that achievement. All things considered, we can afford to take the top spot, even with relative ease.

At the 30th SEA Games, the Vietnamese delegation ranked second in the rankings, just behind the host country, the Philippines. For a long time, it has been customary for the SEA Games host team to always have high rankings and often win the first place in the group thanks to the “village pond” sports – the strength of the home team. Therefore, it can be considered that Vietnam is the leading sports team of “the rest” of the region, except for the host Philippines.

Notably, Vietnam will take the lead in breaking this practice when focusing on Olympic sports and keeping up with the trend with fast-growing sports like eSports.

SEA Games 31 will have 40 sports and 526 events with 10,000 participants. In particular, Hanoi capital will hold the opening and closing ceremonies on May 12 and May 23, respectively. These two important ceremonies will take place at My Dinh National Stadium. At the present time, all the preparation of the facilities has been basically completed.

Mr. Tran Duc Phan – Deputy Director General in charge of the General Department of Physical Education and Sports emphasized, SEA Games 31 will not miss any competition content in Olympic sports. This is the first time the SEA Games have taken place in this form. Vietnam does not choose its own strength sports, but sets aside the strengths of other countries, thereby aiming to develop and improve the competitiveness not only of Vietnamese sports but of the whole region.

This decision has even more practical significance when ASIAD 19 takes place a few months after SEA Games 31. The opportunity to compete fairly in Southeast Asia will help athletes gain more experience towards larger arenas.

Breaking the threshold at ASIAD 19

After empty-handed at the Tokyo 2020 Olympics, the Vietnamese sports delegation is determined to achieve high results at ASIAD 19 with the goal of winning at least 4 gold medals. If winning the first place in the entire team at the 31st SEA Games is a must for us, then the story at ASIAD 19 is even more important.

According to Mr. Tran Duc Phan, if in the past, Vietnamese sports focused on prioritizing the top 3 task of the entire SEA Games team, now, everything has changed. Olympic is the number 1 priority, ASIAD ranked second, followed by the SEA Games. In other words, we have come to the time to step out of the “village pond” to mingle with the big sea, not only in football.

In 2022 and the following years, Vietnam will focus on investing in key athletes competing in the Olympics and choosing key subjects capable of competing for medals at ASIAD. When Vietnamese sports are competitive in these arenas, conquering the SEA Games will no longer be a big problem for us.