(Tennis video – Tennis result, Dominic Thiem – Dominik Koepfer, Australian Open men’s singles second round) Thiem struggled to pass the first round, but in this match he showed a different face.

Dominic Thiem started the tournament with a difficult match against Mikhail Kukushkin, but his next opponent was unable to do anything to make Thiem sweat. The Austrian player won after only 1 hour 40 minutes with the scores 6-4, 6-0 and 6-2, showing a completely different face from the first round match. 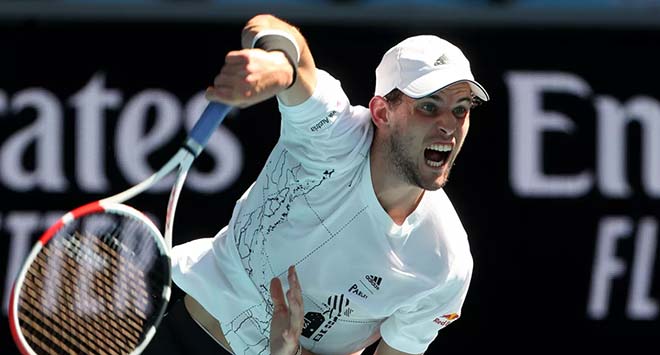 Non-seeded player Dominik Koepfer entered the match quite hard and made a stance on par with Thiem at the beginning of the first set, he even had two chances to break in game 6. Missing both opportunities, Thiem’s ​​overwhelming stance began as he broke the game in the next game to win set 1 with a score of 6-4.

Set 2 was entirely Thiem’s ​​when he broke Koepfer in all three German players’ serves, thereby winning a white 6-0. Moving into the third set, Thiem continued to get a break point in the first two games. Koepfer served, and he played leisurely in the following games to win lightly 6-2.

At the end of the match after 3 sets, Thiem will know his opponent this afternoon when Nick Kyrgios clashes with Ugo Hambert. Whatever player wins in this match, it is a competitor that Thiem has never met.