Video of the main event of the Rafael Nadal – Reilly Opelka match in the semi-finals of the Rome Masters 2021:

A 6-3, 6-4 victory over Alexander Zverev helped Rafael Nadal “collect a debt” from his opponent who had just eliminated him in the quarterfinals of the Madrid Open mid-week and entered the semi-finals of the Rome Masters this year. The opponent of “King of Clay” is only Reilly Opelka, an unseeded player from the US. However, it was the “giant” who was 2.11m tall, Opelka, who surprised him when he caught Nadal to save 4 break points in the fourth game. The difference only came in the 5th game when Rafa cracked this game after the situation Opelka crossed the field out. The Spaniard 2nd seed won the first set with a score of 6-4 when he hit a dangerous ace when he led his opponent 40-0 in the 10th game.

In the second set, Nadal continued to play calmly while Opelka showed signs of impatience. “Gaur” won the break in the 3rd game of this set also thanks to a bad error from the opponent on the other side of the net. With the advantage in hand, Nadal played carefully and won with a score of 6-4 in this set after Opelka hit the ball into the net.

Defeating the 47th-ranked opponent in the world after 1 hour and 33 minutes, Nadal advanced to the final of this year’s Rome Masters. He will face the winner of the match between No. 1 seed Novak Djokovic and the Italian host Lorenzo Sonego. Rafa is trying to set a record 10 times to win the men’s singles championship at the ATP Masters 1000 in Rome. 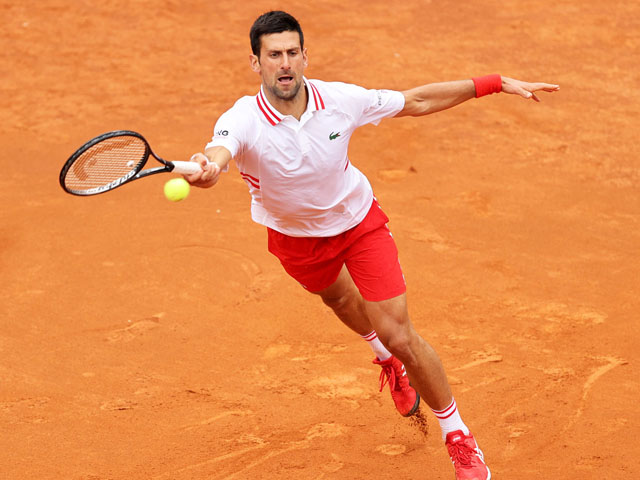 (Live tennis Djokovic – Sonego, about 23:30, May 15, semi-finals of Rome Masters) Djokovic has the opportunity to take revenge on Sonego, the player that Nole has not…