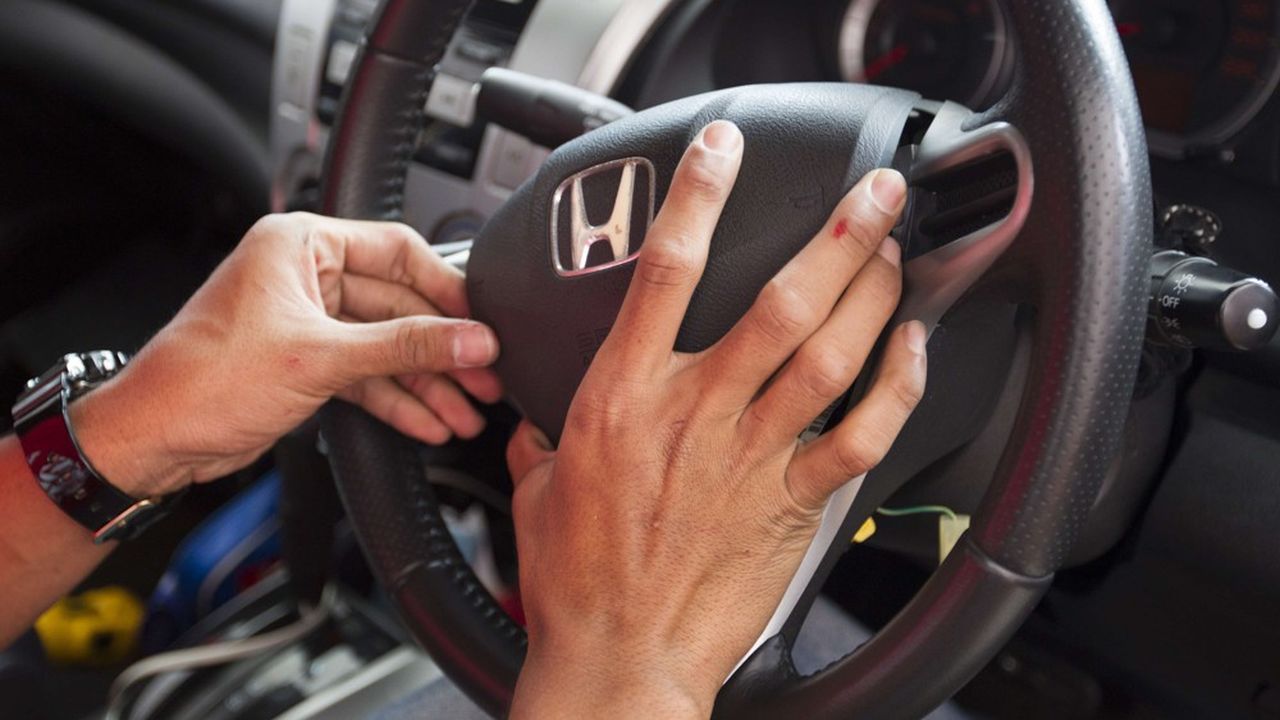 This is yet another twist in the case of explosive airbags from the Japanese company Takata. The road safety authority in the United States, NHTSA, has opened an investigation into 30 million vehicles produced by nearly 20 manufacturers for suspected defective airbags, according to an official document that Reuters was able to consult on Sunday.

The vehicles concerned, analyzed since Friday, were manufactured between 2001 and 2019. The manufacturers have been informed of the opening of the investigation, which has not been made public for the moment. This concerns in particular cars assembled by Honda, Ford, Toyota, General Motors, Nissan, Subaru, Tesla, Ferrari, Mazda, Daimler AG, BMW Chrysler, Porsche and Jaguar Land Rover.

Over the past decade, more than 67 million Takata airbags have been recalled in the United States. Globally, this number exceeds 100 million. At least 28 fatalities around the world, including 19 in the United States, have been attributed to faulty Takata airbags. The Japanese company also filed for bankruptcy in 2017 before being bought by the American group Key Safety Systems (KSS), owned by the Chinese company Ningbo Joyson Electronic Corp.

The scandal actually started in 2001, when the Japanese equipment manufacturer introduced the use of ammonium nitrate without a drying agent – responsible for the Beirut explosion in August 2020 – in the inflation capsules of its airbags. Used to quickly propel the airbags in the event of an impact, its explosive capacity is increased tenfold when exposed for a long time to hot and humid climates.

Consequently, especially in the hot regions of the southern United States, sometimes even minimal shocks caused the airbag’s metal capsule to explode violently, which turned into deadly steel debris. The first officially recognized fatal victim, a 19-year-old American girl, was slaughtered by one of her pieces of metal.