(Sports news, martial arts news) Not only was created after fighting with the king of the jungle, the “Three Tigers Legs” martial art also handed down a unique training method that few people can do.

Anecdote of the song “three-legged tiger”

Legend has it that more than 200 years ago in the Ba mountain area of ​​Binh Dinh province appeared a tiger with only three legs but extremely ferocious, cunning and extremely agile. The wild beast caught many passers-by to eat meat, making the people in the area very confused.

One day, a martial arts woodcutter was on his way home from carrying firewood when he was attacked by a three-legged tiger. Knowing that it would not be enough to run away, the woodcutter immediately took the pole to carry out a battle to the death with wild animals.

The battle was fierce, causing both humans and tigers to suffer many injuries. Seeing that this bait could not be eaten, the tiger immediately left and did not appear again. Rumor has it that the tiger was so badly injured that he died in the jungle. That woodcutter, who had a high level of martial arts, after recovering, based on the other tiger’s attacks such as swinging, grabbing, grabbing, tearing, scratching, etc., he created the unique “Three Tiger’s Legs” martial art. posterity transmission.

The right of “Three legs of a tiger” belongs to the Tay Son sect in Binh Dinh, which was widely circulated among the Tay Son insurgents under the reign of King Quang Trung – Nguyen Hue. In which, the Ha Trong family is considered the true heirs of this martial art. Especially, martial artist Ha Trong Son, who was famous with the nickname “Gray Lobster of Central Vietnam” was once famous for his ring fights that subdued many foreign masters.

Following the anecdote about the “Three Legs of a Tiger” and the Ha Trong family, we went to An Hoi communal house (Go Vap District, Ho Chi Minh City). This is the dojo of a martial arts master in his 60s, but his body is still very agile, especially his big, rough and extremely strong hands. He is Ha Trong Ngu, grandson of the late martial artist Ha Trong Son, considered the last heir who still holds the secret of practicing the tiger’s claws of the above noble exercise. The set of claws full of movements such as scratching, tearing, snapping, pounce… is no different from the image of the “king of the jungle” hunting prey.

“The most distinctive feature of the tiger’s three-legged right lies in the claws, which are the tiger’s claws. In the past, to practice the claws, students had to use their bare hands to stir-fry stones and pebbles that were heated in a hot pan with the qigong method. Besides, it is hard practice to practice the Dharma as solid as wood and stone. Only then will the new claws be sturdy, sharp and have the highest power,” shared Mr. Ha Trong Ngu.

However, according to this master, today’s martial arts students can hardly apply the above training method because most students practice martial arts with the spirit of physical training as the main thing, not to pursue martial arts to the end. . Because of this, it is quite difficult to fully teach the essence of the “Three-legged tiger” martial arts. 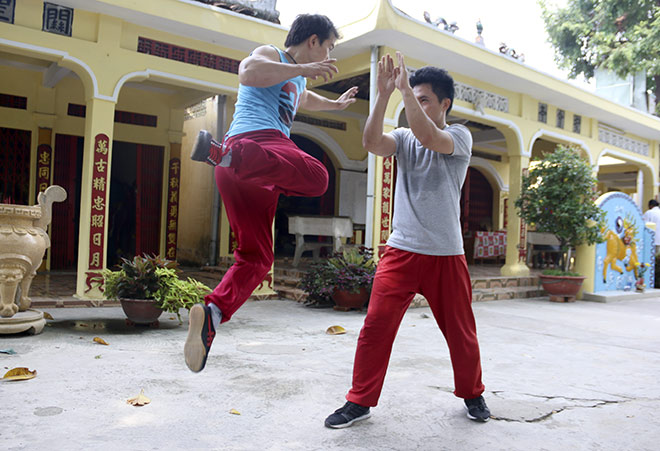 “We do not teach this exercise to the masses. Only senior coaches, or martial arts masters and above with full ethical behavior and martial arts are taught. Most also only practice clawing with sandbags and tires. As for the quintessence of the technique of sautéing stones in a hot pan, only people from Ha Trong’s lineage practice it,” Master Ngu confided.

After the talk, we were taught by the martial arts masters of the Tay Son Binh Dinh school about the real fighting nature of the “Three-legged tiger” exercise. Seeing these masters strike with our own eyes, we can see all the strength, power and flexibility of the famous martial art. Hopefully in the future there will be more passionate and practicing martial artists so that this noble exercise can be handed down in the martial arts treasure of our nation.

* Pictures of some unique and special moves of the “Three-legged tiger” martial art: 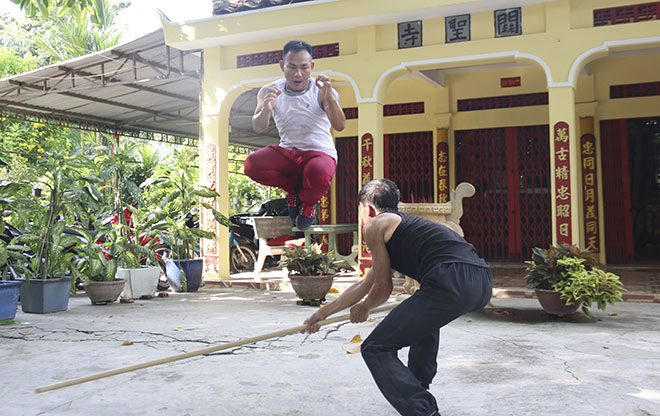 Martial arts masters must practice to the level of strong claws, just grabbing “prey” will immediately cause pain, unable to escape. 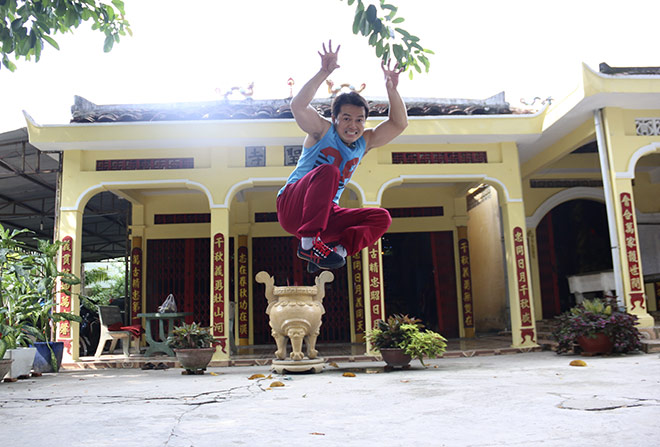 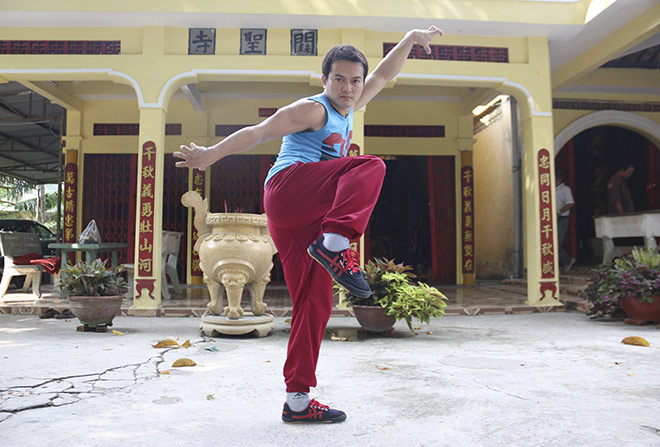 Some beautiful movements and moves of the “Three-legged tiger” exercise. 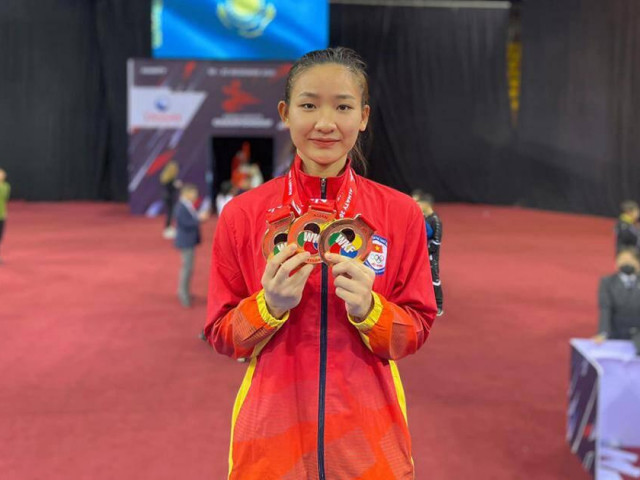 At the age of 18, Hoang Thi My Tam surprised the regional karate village with three gold medals at the Asian Championships held last…