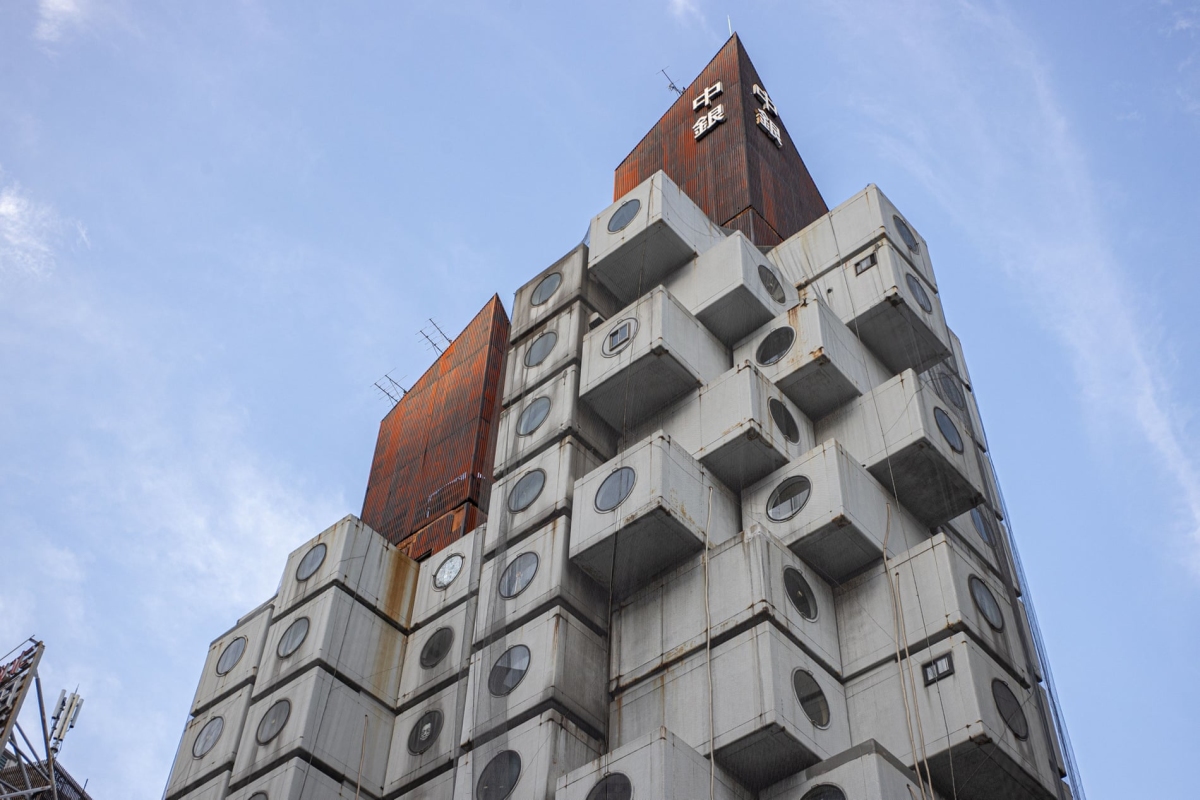 Once considered an architectural icon of Tokyo, the Nakagin Capsule Tower could not stand the test of time.

Consisting of randomly stacked concrete “capsules”, the Nakagin Capsule Tower intrigues and attracts visitors from all over the world, including stars such as actors Hugh Jackman, Keanu Reeves and Directed by Francis Ford Coppola.

After nearly half a century of being located in a corner of the Ginza district, it still stands out among modern buildings but faces an uncertain future.

When completed in 1972, the Nakagin Capsule was an example of the transformational architectural movement in Tokyo, as well as a symbol of Japan’s post-war economic and cultural recovery.

Architect Kisho Kurokawa, who designed the building, conceives that a building, like a living thing, can evolve and change over time. The 13 floors of Nakagin Capsule are arranged with 140 “capsules” equivalent to 140 apartments, the purpose is to serve as accommodation for suburban residents so that they can save time in the city to go to work.

Each 10 square meter “capsule” is equipped with a bathroom, television, radio, dial-in phone and large circular windows so residents can enjoy the view of Tokyo’s streets. In keeping with the spirit of “treating buildings like living things”, Kurokawa suggests replacing the “capsules” every 25 years. However, this does not happen.

Nakagin Capsule is now seriously degraded, the “capsules” are in danger of falling on passersby. It also hasn’t had hot water for 10 years. Since March 2021, about 40 people have left the Nakagin Capsule, reducing the number of residents in the tower to only 20.

It would be impossible to preserve the Nakagin Capsule in that state, according to Tatsuyuki Maeda, resident and representative of the Tower Conservation and Regeneration Project.

“We wanted the ‘capsules’ to survive, albeit in a different form, to leave evidence of the architectural ideals,” said 54-year-old Maeda. Over the past twelve years, he has bought 15 “capsules”, then rented and organized tours to raise funds to preserve the building.

“This is not just a place where people live and work. It also inspires us to create and innovate,” says Maede.

According to some reports, Tokyo authorities plan to demolish the Nakagin Capsule next spring. Plans to replace the “capsules” were rejected because of high costs, logistical difficulties and concerns about the amount of asbestos in the building. In particular, the building does not meet strict regulations on earthquake resistance.

The future of Nakagin Capsule once seemed secure when a foreign investor offered to buy the entire tower. However, due to Covid-19, the investor could not come to Japan to see the building in person, so the negotiation was canceled.

To keep the Nakagin Capsule alive, Maeda came up with the idea of ​​taking apart the “capsules”, removing the asbestos and sending them to museums, art galleries and research institutes both in Japan and abroad. This proposal is in line with Kurokawa’s architectural philosophy and has been supported by many museums from the US, UK, Germany, France, and Poland.

“I’ve always thought ‘capsules’ would be very suitable when placed on an island, in the middle of a forest or on the seabed,” said Maeda, revealing she will stay at Nakagin until its fate is decided.

“In Japan, you can live for years in an apartment building without knowing the neighbors. Here, everyone is friendly and willing to help others. We are really a community,” added Maeda. .