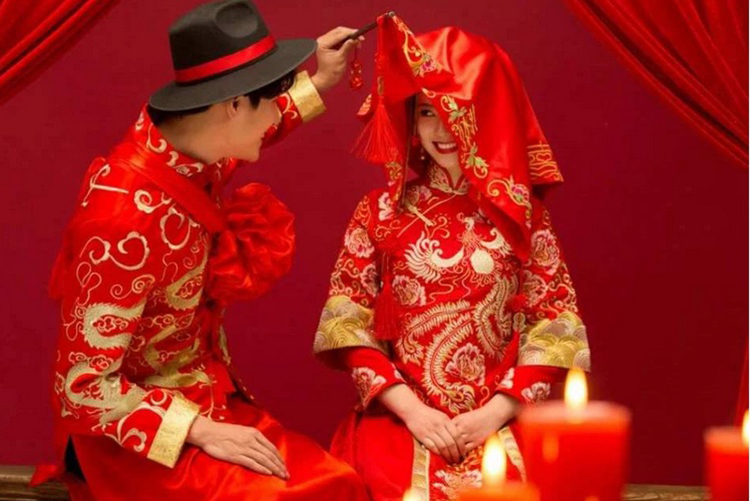 ChinaThis is a new form of marriage that emerged in Jiangsu and Zhejiang. After getting married, husband and wife who stayed in the same house, not living together.

This strange kind of marriage often occurs in families where both men and women are only children. This couple will give birth to two children, the first of which bears the surname of the father and is raised mainly by the man. The second child bears the mother’s surname and is raised by the woman. In “two-headed” families, there is no concept of grandparents. Both babies call the person who gave birth to their parents as grandparents.

Xiao Xi and her husband Xiao Cheng in Hangzhou, Zhejiang province, were both only children born after 1985. They got married in 2016. Before they got married, the two families agreed that the bride of Xiaotai could still live at home. Tieu Tranh’s natural parents or in-laws (if desired) were given the same choice after getting married. Moreover, if this couple gives birth to 2 children, the first one bears the father’s surname, and the second one bears the mother’s surname.

With the form of “two-headed marriage”, the local people in Zhejiang are used to calling it “no coming and going”, “not coming in and out”, “not getting married without getting married”, “two families join together”. After getting married, men and women still depend on their biological parents’ families.

Lawyer Duong Tue Le (Nac Luc Asia Law Firm in Zhejiang) explained that the reason many couples choose the form of “two-headed marriage” is due to the hustle and bustle of modern life. Because young couples are too busy with their own work and do not have time to take care of their children, they rely on the help of their parents. “Another reason is that they are all only children, so when they live separately, couples clearly show their weak capacities in building and maintaining a sustainable family,” Duong said.

Like Xiao Xi and Xiaowang, couples maintaining a “two-headed marriage” are both from the rural areas of Jiangsu and Zhejiang. “This form of marriage will save the groom’s family a lot of money to buy wedding gifts – which are still heavy in rural China – and the bride doesn’t have to pay dowry either, reducing the economic burden on them. both sides, “said Mr. Duong.

This lawyer also said, “two-headed marriage” has eliminated the concept of “single and married” has been shaped since ancient times. However, parents still have the obligation to nurture and educate their children, unable to say which side of the child’s surname, and the other party is exempt from related obligations.

However, many people believe that the “two-headed marriage” model does not conform to traditional standards, imposed on both families, demarcating the boundaries between marriage and matter.

“Maintaining the initial independence is good, but the level of bonding between the two sides of the family will gradually weaken. The integrity of a small family as well as mutual affection will definitely be affected,” Vu Hong , a volunteer from the Zhejiang City Legal Aid and Protection group said. This person also said that in many cases the couple of “two-headed marriage” had disputes. They will argue over many issues such as evenly distributing time between both sides of the family. There is even a story of loving my adopted child more than the other child raised by the other family.

Take the cases of Tieu Tay and Tieu Tranh for example. This couple encountered a problem on the last Thanh Minh New Year, when Tieu Tranh did not want to go to the grave with his wife’s family. “It’s her family’s business, why should I go?”, The husband-in-law argued, while the wife said: “He is a child in the house, every side must be the same.”

Some disputes can be reconciled, but many cases do not have a common voice, so they quickly divorce. Another reason is that if two children are born of the same sex, one has the surname of the father, and the child has the mother’s surname, “no problem”. “But if a boy and a girl, and a son has the mother’s surname, then the husband’s family will definitely feel uncomfortable,” said Ms. Vu Hong, who has solved the problems around “two-headed marriage”.

Another disadvantage explained by Ms. Vu is that in a family, two different brothers will cause the two’s difficult to integrate. If two children have not lived together for a long time, they will not have a feeling of blood love.

According to Chinese sociologists, the form of “two-headed marriage” will continue to exist in this country’s society but will not be popular. Because the two-child policy issued by the government is being widely applied, this phenomenon will decrease, even disappear.

Meanwhile, many people hope that “two-headed marriage” – a new model that guarantees absolute autonomy of both in the marriage relationship – should be replicated.

“Two-headed marriage” affirms personal freedom and limits divorce due to family conflicts. Obviously, both men and women are equal, everyone has the opportunity to be close to their parents, so they should be more replicated, “commented one reader.

Vy Trang (According to the sina)