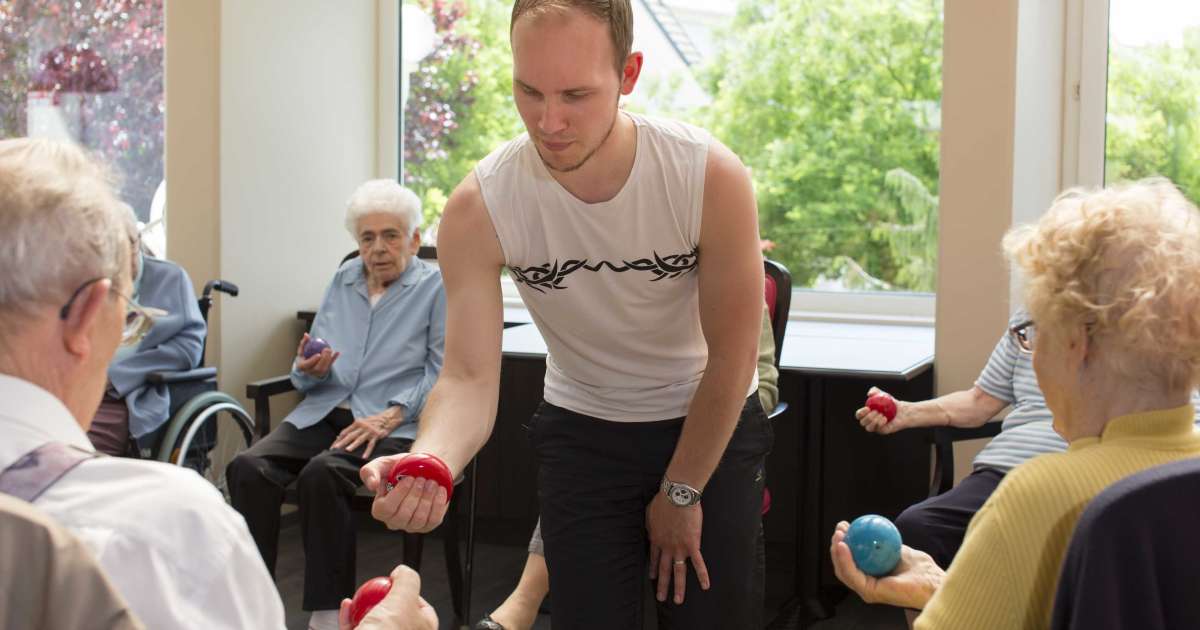 Will we be able to contain the multi-generational impact of this health crisis? One year after the establishment of the first containment, no segment of the population is spared. Nor our young people, who are fighting more than ever against precariousness and a lack of professional prospects; nor our seniors, on the front line in this fight against a pandemic forcing them to remain inactive and isolate themselves.

The latter highlighted the issues related to dependence and recalled that sporting activity is essential for our physical and mental well-being. The number of people with loss of autonomy will explode: from 2.4 million in 2019, it will increase to 3 million in 2030, then to 4 million in 2050. In addition, ONAPS [Observatoire national de l’activité physique et de la sédentarité en France, NDLR] notes a drop in the level of physical activity of 40% among seniors after the first confinement. A worrying situation for which no real strategy has been put in place, despite the recent adoption of the bill “Sport and society” in the National Assembly.

While the sedentary lifestyle and isolation caused by the epidemic have reinforced the exclusion of this generation more than ever, the “great age autonomy” bill long awaited by the players in the sector is finally postponed to the end of the crisis. sanitary. This discrepancy is regrettable, whereas the creation of an “autonomy” branch of Social Security was enacted last July, establishing the recognition of dependency as a real risk with the resources allocated. But this postponement could represent the opportunity to give in this text a more important place to vital solutions but still too little diffused against the “Aging badly”, such as the generalization of physical and sports activity (APS). Because aging, a real public health issue, cannot be reduced solely to the subject of loss of autonomy. If aging is a natural phenomenon, “To age well” is not and presupposes a transformation of our support for aging.

In this sense, the democratization of access to physical and sporting activity illustrates a concrete solution to respond to emergencies, get out of isolation, and rediscover pleasure. The movement restrictions imposed by the confinements have greatly reduced the practice of this activity. Nearly half of those surveyed by Public Health France in June 2020 declared a decrease in their physical activity after the first confinement. For this reason, the development of APS must become one of the central pillars of the next bill. Because it constitutes a preventive mechanism both against aging badly, but also against the isolation of the population at large. To make this a public health issue at the service of our population, all energies will be necessary.

As a first step, let’s strengthen awareness-raising and education actions in health and autonomy. Let us mobilize more all the territorial structures (elected officials, social landlords, health establishments, ARS, sports federations and clubs) to develop “Sport and Health” projects and their accessibility. Encourage communities to set up devices available in the open air and at all times. Let us also rely on local sports associations in order to hire more in the field of health prevention, which would also promote the creation of jobs that cannot be relocated. Then, let’s multiply the APS services offered to seniors in the regions, as part of the health plan and individualized autonomy plans. The APS under medical prescription would be financed by the Health insurance. Let us also include in the specifications of home help the obligation to make regular outings, such as a daily twenty-minute walk.

Finally, we are fortunate to have in our country leaders of ingenious projects, creators of innovative practices responding to these challenges. Let us offer them more resources, in order to facilitate the management and spin-off of territorial solutions that have already proven their effectiveness (Siel Bleu, Alenvi, Léo Lagrange, Re-santé vous, Dahlir Santé, Surf Santé, CAMI Sport & Cancer , Indian summer, PEPS Nouvelle Aquitaine, PEPS Trike, etc.). Moreover, a study by the associative group Siel Bleu indicates that the implementation of fall prevention through appropriate physical and sports activity would represent a range of 421 million euros to 771 million euros in net savings. per year. The “Sport & Health – Aging well” meeting, organized by Le French Impact in partnership with AG2R La Mondiale last January, represents a concrete example of this collective mobilization.

No, “Aging badly” is not inevitable. The degraded living conditions of our young people and our elders either. To embody good living for all, our society must rely on the public and territorial authorities, the only actors able to put in place a real policy to prevent the loss of autonomy. By relying on the action of local associations full of creativity, they have in their hands the unique opportunity to create a real sector of aging well. To respond to the emergency, let us make physical and sporting activity a lever of social and public innovation for all.