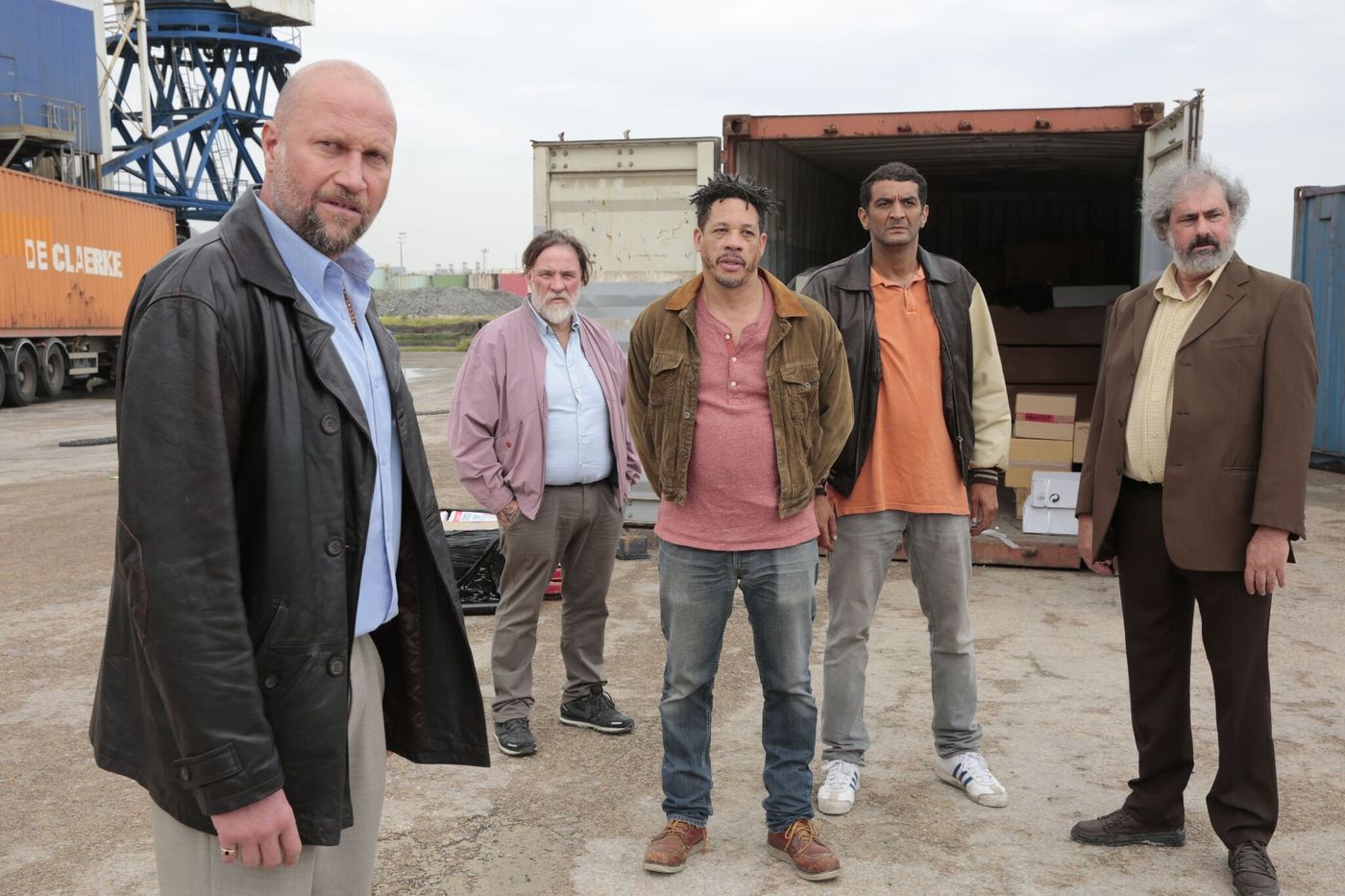 This music doesn’t play for anyone ***

From film to film, Samuel Benchetrit, writer behind the camera, delivers scores in the poetic and zany vein of which he has the secret. After a gap for Dog, his latest feature film more creaky, he returns with This music doesn’t play for anyone to delicious absurd comedies in an inspired conductor. In the port of Dunkirk, Jeff (François Damiens) reigns with his small band of thugs over local trafficking without fear of the use of violence.

His handymen also lend him a hand in his private affairs. Between two philosophical exchanges, Poussin (Bouli Lanners) and Jesus (Joey Starr) threaten high school students to force them to come to Jeff’s daughter’s party – which teenagers sometimes prove to be more formidable than these thugs. Neptune (Ramzy Bedia) takes care of bringing to a young supermarket cashier the poems that Jeff, very enamored, composes in a writing workshop that he attends with the sole aim of finding the words to tell him his love.

Another of his henchmen, the silent Jacky (Gustave Kervern) armed with an eloquent ax, is responsible for recovering money from a stuttering widow (Vanessa Paradis). This passionate hairdresser of Simone de Beauvoir convinces him to play Jean-Paul Sartre in a musical to replace her late husband; from then on, Jacky, fallen in love, kills all the actors who could be his rivals for this role.

One of the film’s humorous springs is the contrast between the harshness of its characters and the tenderness that suddenly springs from them. Samuel Benchetrit, rather than making fun of them, magnifies them, showing them as embarrassed as they are moved by their unexpected interest in poetry or the theater.

Faced with this group portrait where decades of neck and neck have forged family ties, women lead their boat to emancipate or impose themselves. Vanessa Paradis proves her mastery of the comic tempo by playing a cheerful unconditional Beauvoir, while Valeria Bruni Tedeschi works with a smiling indolence to win back her husband’s boss. Samuel Benchetrit embraces the stories without losing the thread until weaving an offbeat and absurd comedy which has everything of a joyful ode to love.