This September, in addition to the dramatic and unexpected battles of the Premier League 2021/2022 every weekend, sports lovers will not be able to ignore the world’s most attractive golf tournaments under the PGA Tour system. Korn Ferry Tour and Champions Tour, broadcast exclusively on K+.

The return of the most attractive golf tournaments on the planet

The “fans” of this aristocratic sport are counting every day to enjoy the world’s most popular golf tournaments under the PGA Tour, Korn Ferry Tour and Champions Tour systems taking place in September. After a super season During the volatile tournament due to Covid-19, the golf arena witnessed the return of bright stars, most notably at the closing event of the TOUR Championship of the PGA Tour.

The TOUR Championship will take place from September 2 to September 5 in Atlanta, Georgia on the cool campus of the East Lake Golf Club. This is the course with the oldest history in Atlanta, green with many tall oak trees and steep grass slopes that pose a great challenge for golfers.

The winner of the TOUR Championship will also be ranked 1st in the FedEx Cup rankings. Therefore, the battle here is always the fiercest battle when golfers just need to be promoted and receive a “huge” bonus of up to 15 million USD – 10 times higher than other tournaments.

In particular, the TOUR Championship only awards places to 30 golfers who top the Fedex Cup rankings before the event begins. This means that only golfers who have been in top form throughout the season will be able to participate in this prestigious tournament.

The presence of famous golfers currently leading the FedexCup rankings such as Tony Finau, John Rahm, Cameron Smith, Patrick Cantlay or Justin Thomas … is a guarantee of the quality of this year’s tournament. In particular, will the defending champion – Dustin Johnson defend the title or will be usurped by the two great rivals who finished runner-up last year, Xander Schauffele and Justin Thomas?

If considering the PGA Tour as the most prestigious golf tournament system in the world, the Korn Ferry Tour is equally important because it is the place where 50 golfers are ready to “graduate” to win a place to attend the PGA Tour next season. Right on the occasion of the big holiday on September 2, but having to stay at home, the audience can immediately enjoy the dramatic matches of the Korn Ferry Tour Championship event within the framework of the tournament to forget about boredom.

Fully enjoying the biggest golf tournaments on the planet with the 24/7 companionship of professional bloggers are privileges only available to K+ TV viewers. Only on K+, fans of aristocratic sports will enjoy each high-class golf swing with engaging and expert commentary lasting for many hours.

“Choosing K+ is the ultimate sports choice” because holding the copyright to a series of the most popular sports tournaments has made K+ the leading high-quality pay TV brand in Vietnam. In addition to the English Premier League and prestigious golf tournaments that are exclusively broadcast, K + also brings to the audience famous and dramatic tournaments in other sports such as tennis, racing, boxing … to help the audience always “full of sports”, fully enjoy the top-notch sports atmosphere all year round. 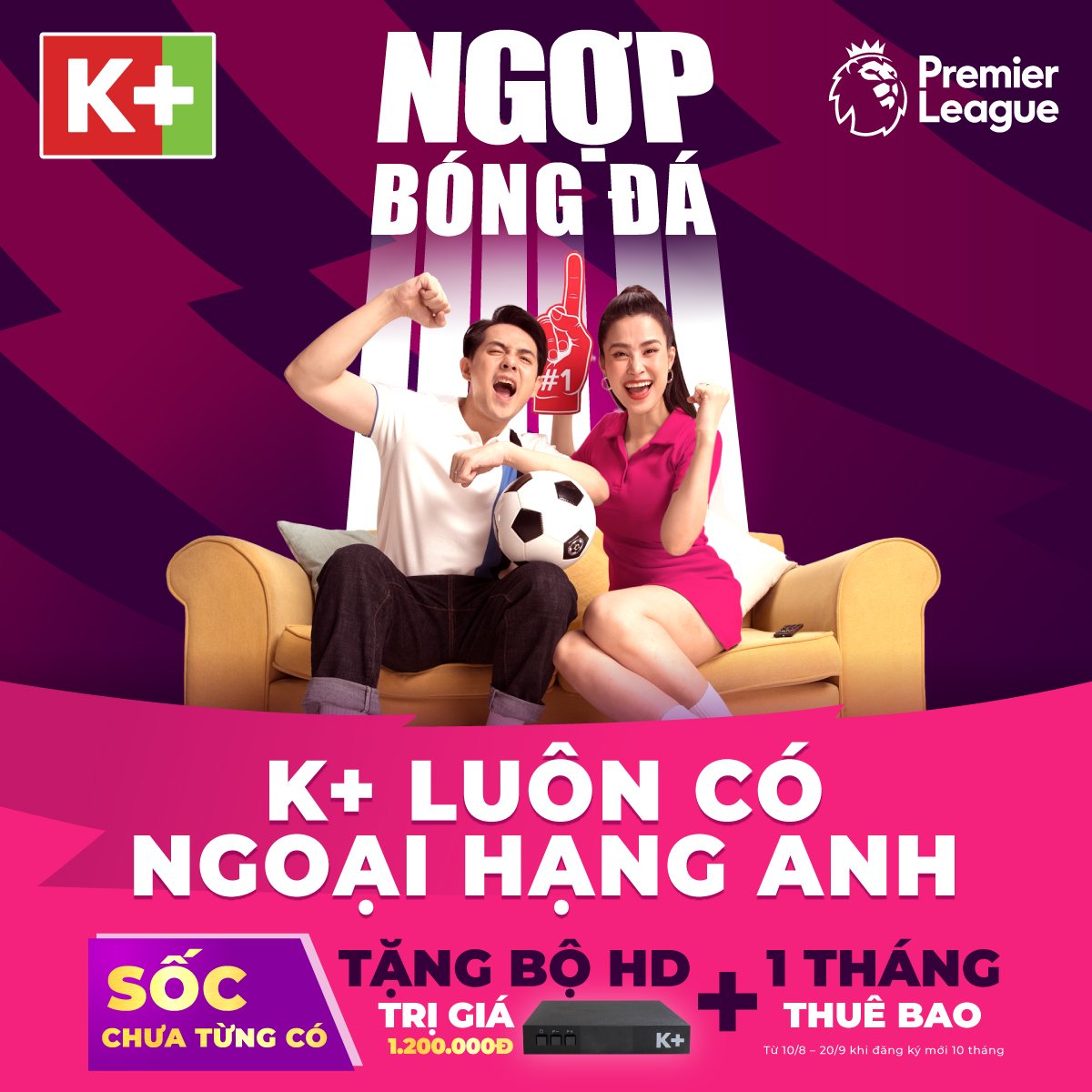 Sign up for K+ to get a “discount” today

In the current epidemic situation, K+ Television also launched the program “Pre-order – Preferential Procession” to support all customers at the highest level. From now until the end of September 15, viewers who register to buy K+ and make a deposit of only VND 75,000 will be activated within 24 hours of the “Full” package worth VND 145,000 to immediately view the content on the K+ App.

After the end of the gap, K+ will complete the installation as soon as possible and also give the audience a series of shocking promotions, valid until September 20: When registering a new 10 month term, customers will Free K+ HD satellite TV set or K+ TV Box (normal price 1,200,000 VND) and also get 1 extra month of subscription. With a 4-month subscription package, customers only have to pay VND 395,000 to own a full set of K+ HD satellite TV equipment or K+ TV Box and also receive an additional 1 month subscription. 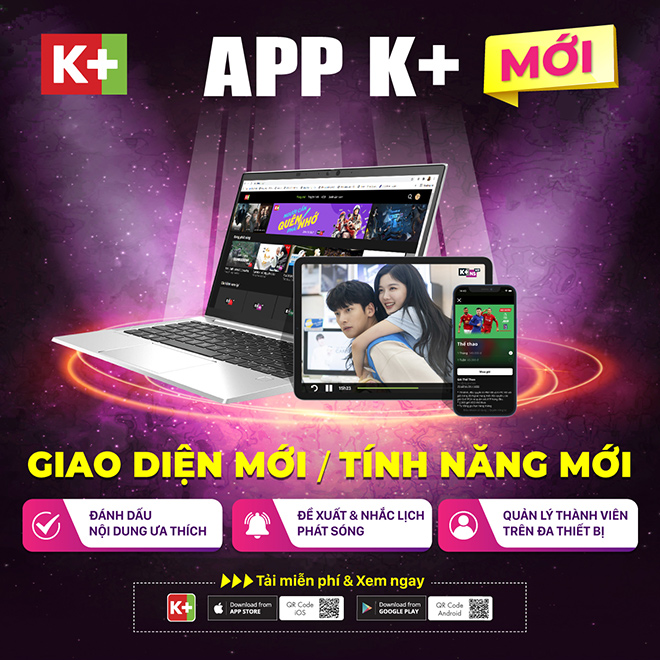 Not only stopping at incentives, audiences who have a habit of using entertainment on mobile devices will be even more satisfied when experiencing the new K+ application that has just been upgraded in both interface and superior features, including include: Marking a TV program according to its broadcast schedule and displaying a notification to the user device when the program starts; Set child-safe content control codes, suitable for all ages from 1 – 18+; Set up a list of favorite content and channels for each member; Recommend and automatically play the next episodes in the same series or VOD content of the same genre; Create up to 4 different members on the same account; Actively manage the device, log in right on the device without calling the switchboard. Existing K+ subscribers just need to update to the new App K+ version from the App Store or CH Play on their own devices to be able to experience it right away.

With 5 flexible subscription packages according to each person’s entertainment needs (Complete, Sports, Engagement, VOD, Discover) and up to 50% off for two Sports packages (only 60,000 VND/month) or Full package (only 73,000 VND/month) when paying online until today, August 31, App K + deserves the title of “unseparated” entertainment universe right in this epidemic season.