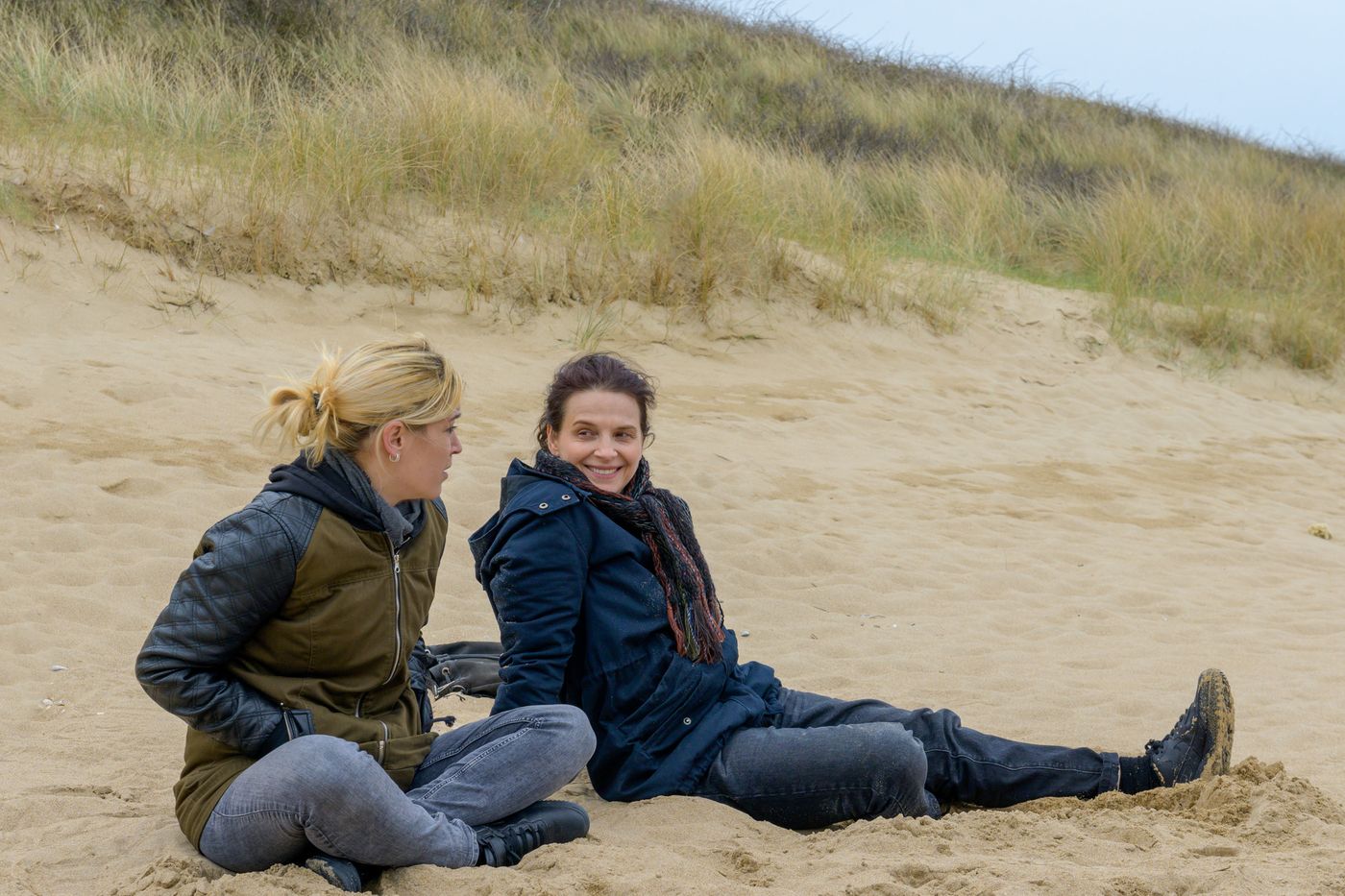 Florence Aubenas took a long time to be convinced. After the success of his survey book The Quai de Ouistreham(Éd. De l’Olivier, 2010), the journalist was very quickly asked to assign the rights, with a view to an adaptation to the cinema. Her report, carried out in immersion for six months during which she slipped into the shoes of one of these poor workers – mainly women – running from odd job to odd job to barely earn enough to live on, exploited as convicts to clean the ferries leaving for England, humiliated daily by unscrupulous leaders, had made it possible to give a face and a reality to precariousness. It was the ideal material to turn it into a social drama, in the vein of Ken Loach.

→ READ. “The Unknown of the Post”, by Florence Aubenas: from the ideal culprit to the false culprit

It took all the stubbornness of Juliette Binoche to convince the journalist that this experience and the richness of her meetings could find a translation in the cinema. She only accepted on one condition: that Emmanuel Carrère ensure the adaptation. A judicious choice as the writer and filmmaker is in the same line of “non-fiction” stories, which since the publication in 2000 of his book The Adversary, devoted to the Jean-Claude Romand affair, has invaded the literary landscape.

At the crossroads of documentary and fiction

It remained to find a correct cinematographic translation. Successful bet withthis hybrid film which combines the documentary force of the book with a fictional plot. That of a friendship between the undercover writer and one of these women, based on lies. It allows the filmmaker to bring a very personal reflection on the place of the author in the story, her ethical and moral scruples, her posture or her imposture. A dimension absent from the book. “Florence thinks that her moods are not interesting. Me, I tend to make crates with mine, explains Emmanuel Carrère. This makes Marianne Winckler a cross between Florence and me. This is why I not only changed her name, but made it explicit that she is not a journalist, but a writer. “

Interpreted by Juliette Binoche, Marianne, a writer therefore, arrives in Caen under the false identity of a recently divorced housewife who is looking for a job. With the project of “Make visible these invisible”. After a brief stint at Pôle emploi, she very quickly joined the cohort of these employees paid by the hour in cleaning companies. She cleans campsites or offices. Then approached Christèle (Hélène Lambert), in order to share her daily life aboard the ferries with its infernal rates – an hour and a half stopover, 230 rooms, four minutes per room -, its arduousness and its staggered schedules.

The incredible presence of Hélène Lambert

By plunging the star Juliette Binoche among non-professional actresses – all formidable in their own role – the director places her a little in the same position as that of Florence Aubenas vis-à-vis these women. A mirrored device that works perfectly.

→ CRITICAL. “Bare voice”: Florence Aubenas, the grandeur of the report

If the film centers on Marianne, the heroine and the narrator, the actress finds the right balance by managing to step aside enough to make each of the characters around her exist. Like her, we immerse ourselves alongside Hélène, Léa, Émily, Patricia, Évelyne in a daily life made up of hardships and small miseries, but also of solidarity and sharing, whose realism is sublimated in fiction thanks in particular to music and beautiful images by Patrick Blossier.

And then there is Hélène Lambert, all of determination and restrained anger, who by her presence exists without blushing in front of the experienced actress. His friendship with Marianne is slowly formed, held back by a form of modesty and dissonance between them, which is the prelude to the final betrayal. “People who come here cannot stop when they have had enough”, warns at the beginning of the film the advisor of Pôle Emploi who recognized the writer. She can then only admit, in a magnificent final scene, her inability to live other lives than her own.

Known for his literary work, Emmanuel Carrère, born in Paris in 1957, is also a screenwriter and director.

Sciences Po graduate, he started as a film critic at Telerama and Positive before publishing his first novel The friend of the jaguar in 1983.

In the early 1990s, he began a career as a television screenwriter.

In 1998 and 2002, he is working on the adaptation of his own books Snow Class (directed by Claude Miller) then The Adversary by Nicole Garcia.

In 2003, he is making a documentary, Return to Kotelnitch.

In 2005, he adapts and realizes The moustache with Vincent Lindon, taken from his novel published in 1986.