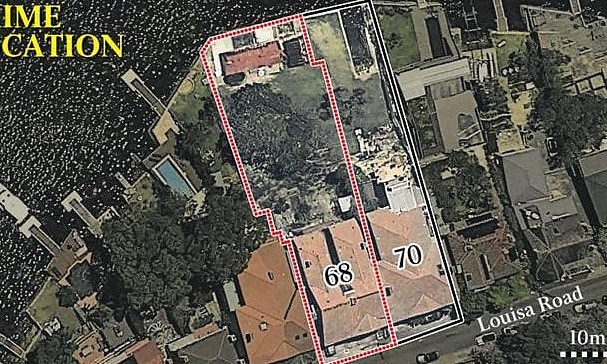 AustraliaBefore she died, Barbara Murphy promised to give the Moore and his wife two homes if she looked after her. But the old woman broke her promise.

Ms. Murphy lives at House No. 68, Louisa Road, Birchgrove, New South Wales. She is also the owner of the house number 66 for rent. Both properties have views of Sydney Harbor and the islands and were worth about $ 12 million in 2015.

Mrs. Murphy was close to her neighbors David Moore and Dee Andreasen, at number 70. Their house was bought in 1999 and has been described as “the worst house in the best street”. So they plan to renovate and expand to sell for profit.

Before her death, Ms. Murphy informed the Moore and her husband that she was planning to leave all of their possessions to them, provided the couple did not expand their home as it would block her sea view and taking care of her so that she does not have to enter the nursing home. Ms. Murphy has no children, only two brothers and sisters living in the northernmost part of New South Wales. She is very afraid to enter the nursing home.

The Moore and his wife changed their mind and did not repair the house according to the original intention. They also took good care of Mrs. Murphy. She often praised Moore and his wife for “being very nice to me”. “We can certainly find a way to reform without obscuring her vision. If you leave everything to us the way you want, we are very happy with that,” Moore said. told Mrs. Murphy, at the recent trial.

In 2014, Moore took Mrs. Murphy to her lawyer to get a new will and realized the old woman only left her $ 25,000, not the entire estate as she said. Instead, she left almost all of her fortune behind for her siblings and if she lived longer than them, that money would be sent to two Sydney hospitals. Mrs. Murphy died in 2015, at the age of 83, at her lovely home.

After her death, Moore hired a lawyer, bringing the case to court. Mrs. Murphy’s sister was surprised to learn of such inheritance. She already knew her sister had said she would transfer the two houses to the neighbors. Ms. Murphy’s brother said he did not care about the property because he did not know how much it was worth. When Moonre offered to cede the inheritance to him, Ms. Murphy’s brother and sister both refused.

Both of them are in their 80’s and they have passed away in the proceedings over the years. The beneficiaries, if not neighbors, will be two Sydney hospitals. Finally, in the recent trial, the court decided to hand over the two houses to the Moore and his wife. The two properties can currently be worth $ 40 million.