The Chinese women’s volleyball team has always been known as the “senior” in Asia, but when they step out on the Olympic playground, they are proving extremely inferior to extremely difficult opponents.

Video 1 of some developments in the match Russia – China:

The Chinese women’s volleyball team has just lost its third consecutive defeat in the group stage of this year’s Tokyo Olympic women’s volleyball content. Although they did not lose 0-3 as quickly as the first two matches, the Chinese girls still could not make a difference in an excellent day of competition of Russian athletes (ROC team). The chase for the score appeared starting from the second set when China was determined to regain what was lost in the first set (deep loss 17-25). The close victory 25-23 to equalize the score 1-1 helped China become more confident when entering the 3rd set. That helped them get a 25-20 victory in the 3rd set, thereby heading to victory. overall win in set 4.

However, just when the Chinese athletes were thinking of victory, their opponent, Russia, woke up to win 27-25 and brought the match to the decisive 5th set. In this set, the bravery of the Russians was shown at the right time with a 15-12 victory. Defeat by the Russian girls in 5 sets (17-25, 25-23, 25-20, 25-27, 12-15), China received its third consecutive loss at the Tokyo Olympics, before that were defeats. comprehensive defeat against Turkey and the United States. 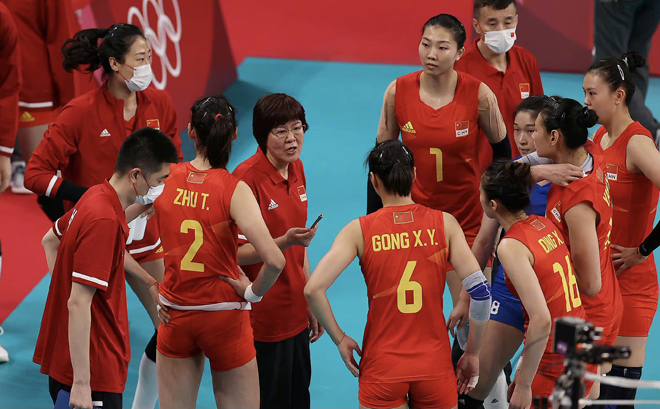 Currently, China only has 2 matches left in the group stage. Those are the matches that are considered “final” for them when the army of coach Lang Ping is standing at the penultimate position in Group B. However, with a strong opponent, Italy (July 31). In the upcoming match, the chance for China to get points is too difficult. At that time, the final match of the group stage against Argentina will only be a procedural match and help China win 1 victory before leaving this year’s Olympics.

In Group B at the moment, Italy, USA, Russia and Turkey are the 4 most dominant teams for the next ticket. Meanwhile, in Group A, Serbia, Brazil, Korea and Japan are also full of opportunities to advance to the quarterfinals. (Sports news, volleyball news) Hot girl volleyball, Demyanova has just posted a picture of a vacation with her family.