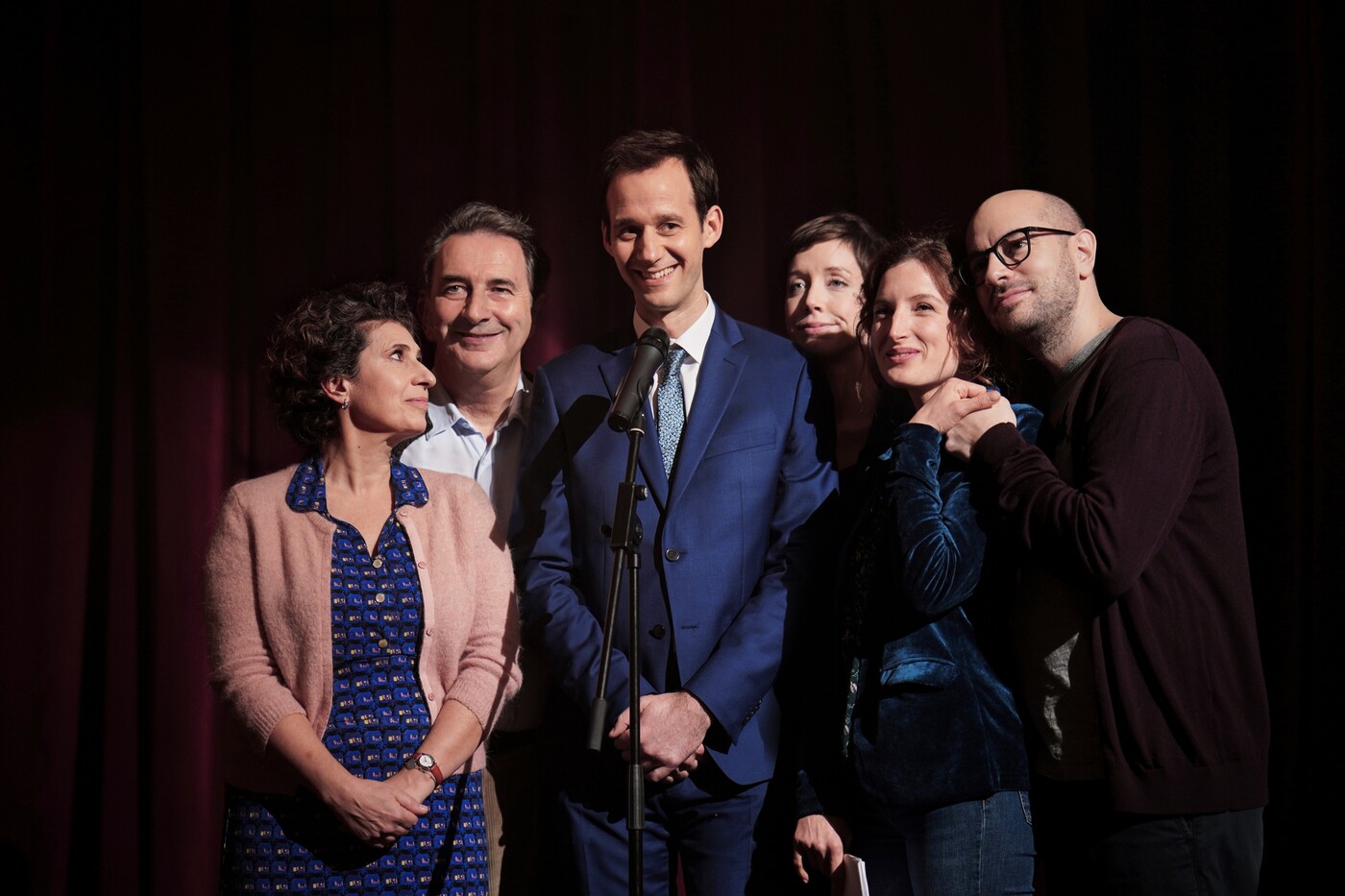 Sometimes you have to put your thoughts down on paper to give birth to your feelings. It is in spite of himself that Adrien submits to this maieutics when he has to write a simple message to Sonia, his companion, who wished to temporarily suspend their romantic relationships. As the “break” drags on, the young thirty-something, gently annoying “teenager”, takes hours to type the unfortunate text. Imagine, then, in what pangs plunged him the writing of a speech for the marriage of his sister, discreet request of his future brother-in-law during an interminable family dinner …

Freely adapting the novel by Fabrice Caro, alias Fabcaro, also author of comic books with zany humor (the bestseller Zaï zaï zaï zaï), Laurent Tirard was able to draw the substance from a story that was presumed to be unsuitable. Because it is under the skull of Adrien that the storm announces itself. His anguish, increased tenfold by the expectation of Sonia’s response, is however imperceptible: with his, culinary compliments have replaced the outpouring of emotions.

Everything is coded in these innocuous conversations and United Nations interpreters would be very useful to translate the banalities exchanged. Nice idea nicely put in image by Laurent Tirard who knew how to come back, after big productions (Asterix and Obelix: in the service of His Majesty), to the sobriety of his first film, Lies and betrayals and more if affinities …, another existential crisis of a character in full sentimental confusion.

It is not besides the only visual find of this comedy which does not lack of going. Without being perfect, far from it. A little long and too theatrical, Adrien’s face-to-face monologues do not offer enough breaks in tone and fantasy in the staging. Despite the comic talent of Benjamin Lavernhe, a distanced irony already at work in The sense of celebration or My stranger, his character remains too smooth, almost too easily mourning his childhood to be entirely convincing.