(Sports News, Tokyo Olympic News) – What is shown at the Olympics shows that Southeast Asian sports are still far away in the world’s largest arena. There, the Vietnamese sports delegation was empty-handed this year, while the Philippines, Indonesia, and Thailand had gold medals thanks to their strong sport.

Thailand is the pride of Southeast Asian sports at the 2016 Rio Olympics, with 6 medals of all kinds, equally divided in Gold, Silver and Bronze. Participating in the Tokyo 2020 Olympics, Thailand triumphed, bringing with it 42 athletes, the largest among Southeast Asian countries. However, the number of medals they brought back decreased by 3 times: 1 gold in Taekwondo for women and 1 bronze in women’s boxing. 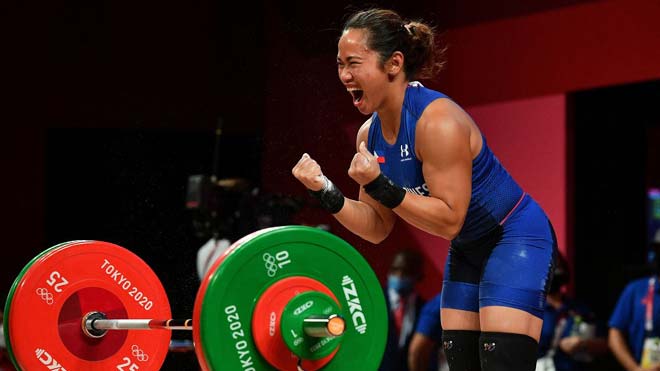 This is the detail that proves the rigors of the Olympic arena, especially with a still developing sport like in Southeast Asia.

The 2012 Olympics was the most failed period when no Southeast Asian country won a gold medal. While the 2016 Olympic Games was the most successful congress, in which the Vietnamese delegation had the historic gold medal of Hoang Xuan Vinh.

For Vietnamese sports alone, the failure to get a medal at the Tokyo 2020 Olympics, after having twice stepped on the podium at the 2016 Rio Olympics, can be considered a disappointment in achievement.

The decline in performance and the influence of age of athletes such as Thach Kim Tuan, Nguyen Thi Anh Vien, or the story of “old general” Nguyen Tien Minh at the age of 38 still competing, shows that Vietnamese sports have not had a generation of athletes. enough to continue to compete in the Olympics.

For Vietnamese sports and many other sports in Southeast Asia, the SEA Games or at the higher end the Asian Games are medium-sized arenas to dream of achievements, while the Olympic Games are still a distant dream with many great achievements. athletes in the area once called the “village pond” of world sports.

If the SEA Games is just a game of 11 countries in the region, or ASIAD has the participation of more than 40 sports delegations across Asia, the Olympics is the toughest arena, where top athletes from 206 countries gather. and territories around the world. It is nearly impossible to predict Olympic performance based on what Southeast Asian athletes perform at the SEA Games.

Southeast Asian countries with top achievements in the Olympics such as Thailand, Philippines, Indonesia, are showing no interest in SEA Games.

It should be known that at the last SEA Games in 2019, Vietnam ranked second in the whole team with 98 gold medals (after the host Philippines with 149 gold medals), and Thailand was 6 gold behind Vietnam. However, in the 2016 and 2020 Olympics, the number of medals of Vietnam (2 medals) is only 5th in Southeast Asia, after Thailand (8), Indonesia (8), Malaysia (7) and the Philippines ((8) 5).

Which subject to invest in to compete for gold?

Knowing their strengths to invest in some content, world athletes don’t have too many strong candidates and set great ambitions, that’s what sports Thailand, Philippines, Indonesia are doing in the world. few years ago.

Their goal is to compete in some suitable sports at the Olympics, where Southeast Asian athletes in general are somewhat inferior to their competitors in sports powerhouses such as the US, China, Russia, UK, Australia.. in terms of physical fitness, nutrition, and competitive psychology. 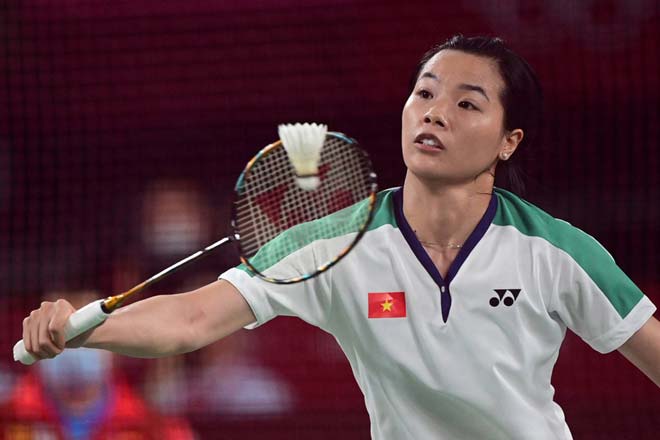 However, Southeast Asians in return have ingenuity, patience and fighting spirit. Badminton, Boxing, light weight classes of martial arts are the subjects that can be considered as strengths of Southeast Asian athletes.

It can be seen that the boxers of Thailand and the Philippines are able to compete on par with strong boxers from Cuba or the US in light weight classes. Or the Indonesian and Malaysian players are among the top in the world in badminton, no less than the Chinese players.

Another example of focused investment is Thailand’s Taekwondo. It was not until the early 1990s that Thailand began to develop Taekwondo (also behind Vietnam in this martial art), on the basis of mature boxers from Kick-boxing. However, since the 2004 Athens Olympics, every Thai congress has a Taekwondo medal. The culmination is the undefeated journey of the world number one female boxer Panipak Wongpattanakit in the 49 kg class at the Tokyo Olympics.

Meanwhile, inspiration Manny Pacquiao has been the guiding light for generations of Filipino boxers. At the Tokyo Olympics, the Philippines brought four boxers and three of them won medals. The development of the Philippine boxing industry cannot be without foreign coaches or experts.

As for Vietnamese sports, if we want to compete in the Olympics, we will have a lot of work to do, look back at ourselves to set our sights further, not only at the 2024 Olympics but also in 2028. With limited resources. However, choosing which subjects are suitable to compete at the world level will be a much-dissected story of Vietnamese sports.

With limited bodybuilding and strength, Vietnamese sports should probably only focus on investing heavily in the light weight classes of weightlifting, Taekwondo, shooting, and archery. In addition, the priority level should be gradually raised from SEA Games to ASIAD, as a stepping stone to move to the Olympics. * Do Vietnamese sports have a chance to compete for medals at the Olympics, what do experts say about this story? We invite you to read the next article at 6 am on Friday 13/8. (Sports News – Tokyo Olympic News) Despite maintaining the number 1 position in the entire team, the unique position of American sports has been shaken violently…