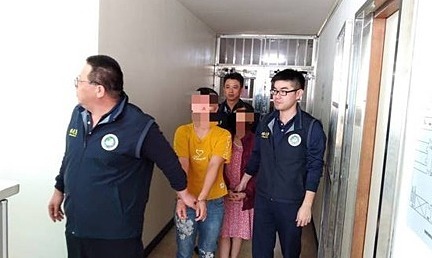 Ha TinhWorking 20 hours a day for three months without pay, almost being abused by her employer, Nguyen Thi Hoa, 37, ran away with only her clothes on.

In 2007, Ms. Hoa was introduced to Thailand by a broker. A year earlier, her husband went to work abroad in Malaysia, but the job was not favorable, so he returned home empty-handed, with a debt of more than 70 million VND. Hoa decided to borrow more money to go abroad.

With a tourist visa, Hoa applied to work underground at a private garment factory, with a salary of 4,000 baht (about 2.8 million VND) a month, working from 6 am to 12 pm.

Nguyen Thi Hoa, a native of Ha Tinh, is one of many Vietnamese women who go to work abroad informally, talking about her journey in the book launch “Vietnamese women’s foreign worker migration journey: Stories are being told now“, the morning of February 28.

Dr. Khuat Thu Hong, Director of Social Development Studies (ISDS), said that in fact, it is possible that the number of Vietnamese women working abroad in the informal way is very large. However, because it is also unofficial, it is not possible to have specific statistics.

According to statistics from the Ministry of Labor, War Invalids and Social Affairs, by 2018, there are about 540,000 Vietnamese people working abroad, more than 30% of which are women. According to data from the World Bank (WB), in the past five years, Vietnam has always been among the 10 countries with the highest remittance volume, peaking at $17.2 billion in 2019. A significant part is the contribution of migrant workers.

“Going abroad, most women do not know the local language, are exploited for their labor, and many still have problems with gender violence,” said Ms. Khuat Thu Hong.

When she first came to Thailand, Hoa did not know the language. Seeing that the factory she worked in was mostly compatriots, she was secretly happy. But hope was dashed on the first day of work. That day, the boss told Hoa to go down to the first floor to get a fan on the third floor to turn on the heat. Because she didn’t understand Thai, she ran down and picked up the rice cooker. The boss shook his head, the Vietnamese colleague looked at Hoa and smiled, but no one told her what she needed to get. Three times running up and down, the sweaty person was right at the owner’s mind, which was also the time when Hoa burst into tears. “Many times the boss got this wrong, they deliberately mistranslated me for another job,” Nguyen Thi Hoa told a story via Zoom, on the morning of February 28.

Hoa worked for three months without pay, only given money to buy food to live on. She is often begged by her boss to “beg for a night”, touching sensitive places. Knowing that she was deceived, the girl from Ha Tinh left all her belongings behind, just holding her phone and pretending to go to the market to run away. She stayed at a friend’s house for a day, then called her agent to ask for a new job. Hoa is allowed to work at a restaurant, paying for the first half of the first month’s salary.

Migrant women are sexually harassed like Hoa a lot. Nguyen Thi Tinh, 38 years old, went to Thailand with her husband to work, but in two different provinces. The luck of meeting a good owner should be paid in full.

Once, she asked her owner to help book a car to visit her husband. In the car, the driver had a plan with her. “He told me that he wished he had a Vietnamese wife. Thought he was talking for fun, so he didn’t care. When he reached the fork in the road, he didn’t turn in the direction of my husband, but turned into the forest,” said Ms. Tinh. tell reporters VnExpress.

She told the driver to turn the car, but he locked the door, demanding. Love banged on the door, tried to open it to get out, but couldn’t. She quickly picked up the phone and called a friend for help. When the boss called the driver’s number, he let her go and apologized saying that he was on the wrong road.

Sister Tinh’s grief is nothing compared to the years Nguyen Thi Minh and his wife had to go through. In 2010, the couple went to Thailand to work to pay off a debt two years ago that the husband borrowed to go to Taiwan. Minh’s job is to plant flowers, cut branches and bring to the market to sell on behalf of the owner. When the husband goes to work, the boss stays at home to molest his wife. Twice like that, Minh still hid her husband.

On the third time, her husband came back from the market to see his wife being harassed. Although angry, he only said a few words, but tried not to earn a living. But one day, she and her husband worked in the garden when the police came to arrest her and return to the station. Later, she learned that the owner was the informant. The couple was jailed for three months.

Illegal immigration, so being arrested by the police like Minh and his wife is the biggest fear of foreign workers. This fear accounts for 18 percent of service workers, according to ISDS research, 2018.

Prison has become an indelible memory in the life of Tran Thi Thu, a woman who went to Thailand to earn a living. In the book, she said she was arrested by the police because her passport was overdue for two days. At the camp, Thu was “self-proclaimed” by the “prisoner” to search his belongings, confiscated his phone and forced to pay money on the first day of admission.

Thu met many compatriots, including a pregnant woman and many people from Laos, Cambodia, Indonesia and Malaysia. “When I first came in, everyone cried, their faces swelled up, they couldn’t swallow their food, there was no place to turn when they slept. In prison, they fought every day. Some people didn’t take care of enough papers to return home, they went crazy, when they cried, when laughing and shouting,” she wrote.

More than a month later, Vietnamese people can buy plane tickets to return home. But the pregnant girl could not return because she was more than eight months pregnant, so she was forced to give birth in prison. Thu and another volunteer stayed to take care of her until she gave birth. The child was born in a detention center when the local police collected money to buy some newborn items. “Watching the baby born in the camp makes me heartbroken. Because of the family’s livelihood, the child has to suffer such a disadvantage”, she shared.

Despite humiliation and hardship in foreign countries, Ms. Hoa and Ms. Tinh remained in Thailand, for seven years, for 10 years for others. Now, they are all back home. Ms. Hoa runs a small business, and Ms. Tinh, because she is fluent in Thai, sells Thai products online to Japanese and Korean people.

“The parents are old and the child is young, so I chose to return to Vietnam to settle down,” the mother of 11-year-olds and three-year-olds said to her. VnExpress. However, both husband Hoa and Tinh are still continuing their journey to earn a living in a foreign country.

The booklet “Vietnamese women’s foreign worker migration journey: Stories to tell now” is the result of the project “Promoting gender equality and safe labor migration for women” by the Institute of Social development research conducted with funding from the Canada Foundation for Local Initiatives (CFLI), managed by the Canadian Embassy in Vietnam.

The project is implemented from September 2021 to February 2022 in Can Loc district, Hong Linh town and Thach Ha district, Ha Tinh province, with the aim of promoting gender equality and safety when migrating labor abroad. out for women.