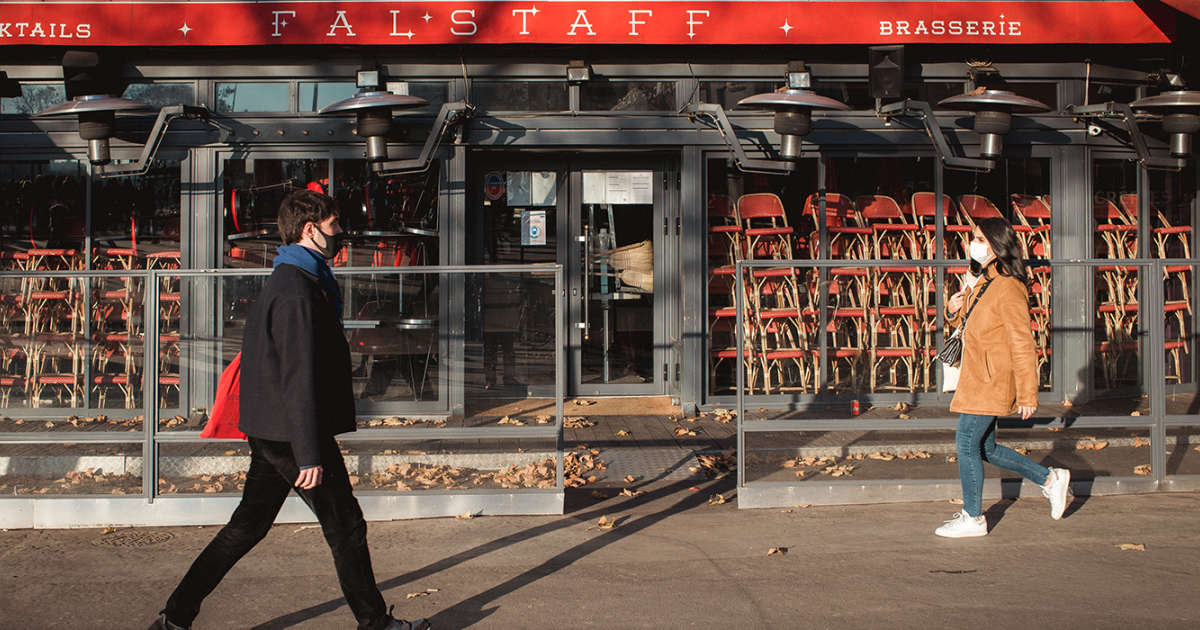 The Banque de France now estimates that the gross domestic product (GDP) will rebound by 5% next year, after a drop of 9% this year, a sign that the French economy will take longer to return to its previous level. crisis than anticipated so far.

“The hypothesis is that the epidemic would not end immediately and that the widespread deployment of vaccines would not be fully effective until the end of 2021”, which means that “The level of activity at the end of 2019 would not be recovered until mid-2022”, explains the Banque de France (BdF) in its macroeconomic projections published on Monday, December 14.

Thus, after the rebound of next year, growth will continue at the same rate of 5% in 2022, before settling to a level “Less unusual” slightly above 2% in 2023, forecasts the French central bank.

Three months ago, the BoF forecast a contraction of the GDP of 8.7% this year, before a recovery of 7.4% next year.

Activity drop by 11% in November

But since then, France has faced the second wave of the Covid-19 epidemic, and the re-containment caused activity to fall by 11% in November compared to its pre-crisis level. And it should still be 8% below normal in December, while deconfinement will be slower.

The persistence of the epidemic at the start of 2021 should still constrain household consumption, even if it would recover markedly with the gradual lifting of health pressures during the year, estimates the Banque de France.

However, it will be necessary to wait until 2022 to see it return to its pre-crisis level, and perhaps even temporarily exceed it, while the stimulus plan should support private and public investment.

And despite the economic recovery, France is expected to experience a rapid rise in unemployment, the result of the difficulties accumulated by companies. It would reach a peak close to 11% in the first half of 2021, before falling to 9% at the end of 2022.

“Even from an economic point of view, confinement was the best solution”

Faced with uncertainties about the evolution of the epidemic, the Banque de France also presents a more favorable scenario of a GDP rebound of 7% in 2021 if the health situation improves more quickly. Conversely, a more pessimistic scenario of still strong circulation of the virus would lead to a further contraction of GDP of 1%.

The government expects growth of 6% next year, after an anticipated contraction of 11% this year, when the OECD also anticipates a GDP increase of 6% in 2021, but after a recession of 9, 1% this year.