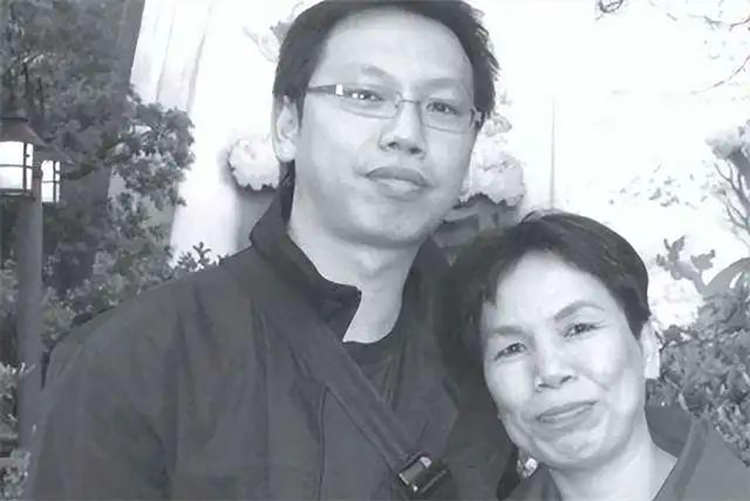 ChinaOn the day of preparing for her daughter’s wedding, Ms. Lu Thien Mai’s account suddenly received an additional 15.3 million yuan (about 55 billion VND), given by her adopted son.

Then Luu Vien Nghi (her adopted son) called back from England, telling her to buy a new house for her sister, and the rest for her mother to take care of her old age. Although the mother objected, the son begged his mother to accept it and said: “The love and effort I have for you is much greater than that amount”.

23 years ago, Ms. Lu ran a jade business in Yangzhou City, Jiangsu Province, with a well-off economy. In mid-March 2000, the husband hid all his assets with his mistress and left her with a huge debt. In order to pay the debt, Lu Thien Mai sold all of her house and car… then rented a house and raised her children by sewing outsourcing.

In October of that year, once on the way to the market, she encountered rain, so she took shelter in an abandoned garage, and happened to encounter a 14-year-old boy who lived alone here because his parents died a few months ago in a traffic accident. “I was adopted by my uncle, but my aunt didn’t like me. That’s why my uncle let me live here alone, giving me some money every month,” the boy named Luu Vien Nghi told the story.

Taking pity on the orphan boy, that day when she cooked lunch, Mrs. Lu gave half of the meal to Luu. Receiving a bowl of rice from a strange woman, the boy said it had been a long time since anyone cared so much. Since then, Lu sometimes brings food to her.

One day, Luu Vien Nghi came to the house, gave Mrs. Lu an invitation to a parent-teacher conference, and said, “Aunt Lu, can you help me go to the meeting? I don’t want my classmates to know that I don’t have parents.” .

At that meeting, the teacher praised Luu Vien Nghi’s study ability very well, only English was worse. Having good English ability, that day Mrs. Lu suggested tutoring this subject for him.

At the end of 2001, seeing the boy still lurking in the garage alone, Mrs. Lu picked him up to celebrate Tet with him. During the year-end dinner, Liu asked to call her mother. Mrs. Lu agreed and also said that she had long considered him as her son.

When Luu Vien Nghi was in his final year of high school, in order for him to have a comfortable study environment, Mrs. Lu called him to stay with him. In order to have money to support her son, this woman both worked as a seamstress and as an accountant. Thanks to the care of his adoptive mother, that year, Liu Yuanyi passed the exam to Zhejiang University with excellent results. Four years later, he was awarded a master’s degree in economics at the University of Cambridge, England.

Graduating, Liu was accepted into a large company, quickly rose to the position of project manager. In June 2011, Luu Vien Nghi co-founded an asset management company with a British investor, who owns 15% of the company’s shares.

Less than three years of establishment, Luu has a large fortune in hand. At this time, he wanted to bring his adoptive mother and sister to England, but Mrs. Lu refused because she did not want to leave her homeland.

The day his sister got married, Liu deposited 15.3 million yuan into his adoptive mother’s account. Unable to refuse, Ms. Lu accepted the money and hatched a big plan.

This woman rented a large house, returned to the jade business, her previous job. Thanks to her experience and favorable business, Ms. Lu spent most of her profits setting up a charity fund to support poor children eager to study in Zhejiang province.

Recently, when the story of the mother and daughter was known to the Chinese media, many people questioned why she did not buy a new house, Lu Thien Mai replied: “I used to have a lot of wealth, but then everyone After this event, I realized that it is better to spend money to help poor children, so that they have the opportunity to rise up in life. Only then will money really bring into play its meaning.”