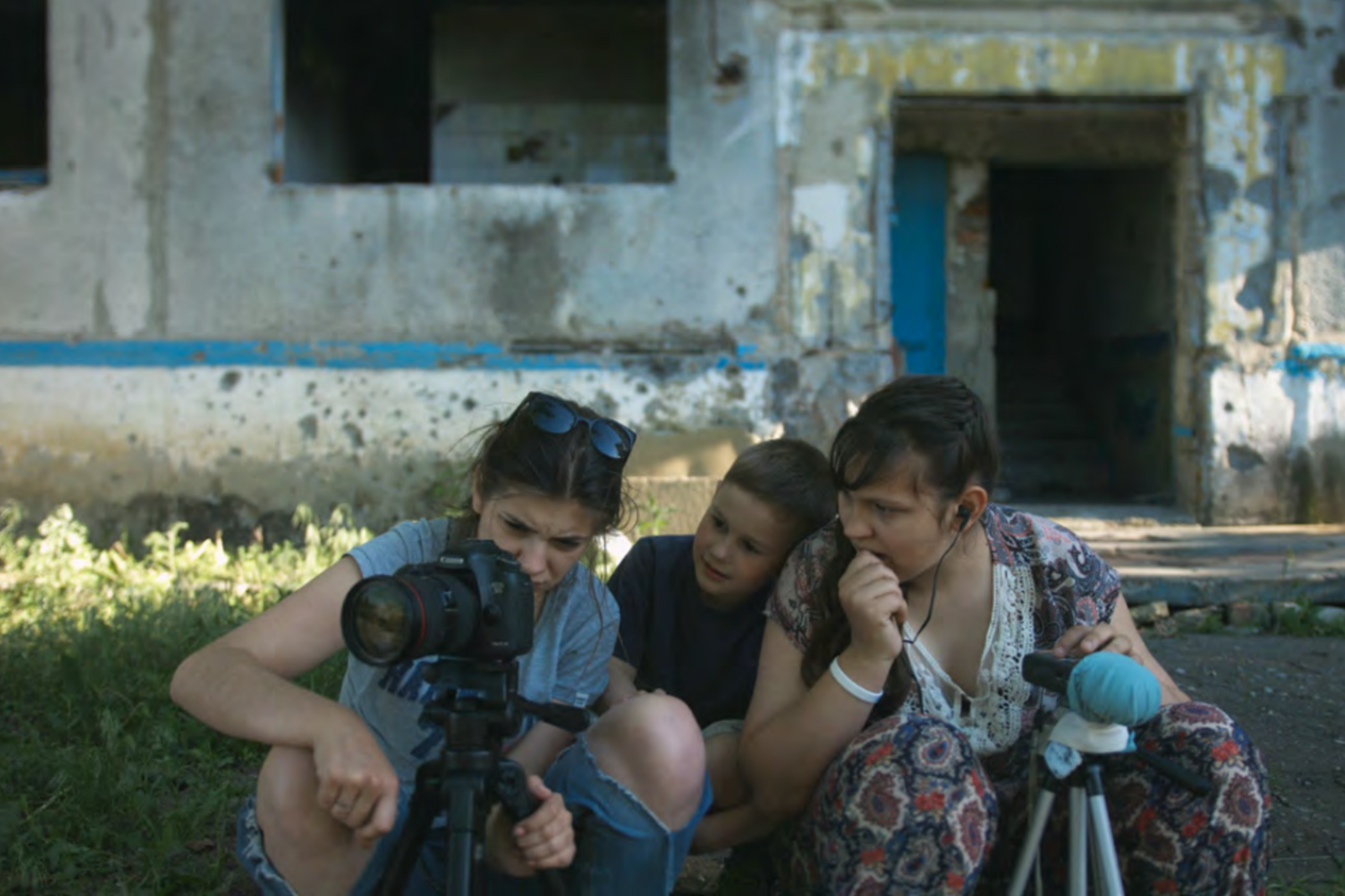 The Earth is Blue as an Orange**

Translated from Ukrainian into English, the title of the film, which takes up the famous line by Paul Éluard “The Earth is blue like an orange”, immediately poses the surreal character of the story that is offered to us. Consider a mother and her four children who, in the midst of the Donbass war, decide to turn their house into a film set and involve the whole family in order to better conceal the surrounding sounds of war.

The subject of their film: how the conflict transformed them and why they decided to stay in this city close to the front line. A mise en abyme, halfway between fiction and documentary, strikingly illustrating the capacity for resistance and resilience of the Ukrainian people since the Russian invasion.

A funny and cheerful tribe in the middle of the bombardments

Because the film may be a fiction, the family that is filmed is very real. Director Iryna Tsylik got the idea for the screenplay after a film camp for teenagers organized in a war zone when one of her students invited her to her family home in Krasnohorivka, very close to the front. Fascinated by this funny and joyful tribe and the conditions in which they survived in the middle of the bombardments, she imagined telling their daily life and having them stage themselves in the making of this story. The pretext is the desire of one of the girls, passionate about photography, to enroll in cinema at the University of kyiv. Under the leadership of mother Anna, everyone decides to play the game and shoot a short film.

Beyond its message (the capacity of art to save from war) and its plans with a very photographic aesthetic, the film fascinates by the personality of this courageous mother who refuses to leave her home. “because who will rebuild if there is no one left? », and who does everything to protect her children from the consequences of this choice. Images of their daily life and acted out scenes are so well intertwined that it becomes impossible to distinguish reality from fiction. A little messy in its construction, this first feature nevertheless possesses a vital energy that can be found in all the films of this new generation of Ukrainian filmmakers whose work has been highlighted by the outbreak of war in their country. The director is also the co-screenwriter of Butterfly Vision, a film presented at the Cannes Film Festival which depicts the traumas of a fighter returning from the jails of the separatist troops of Donbass.