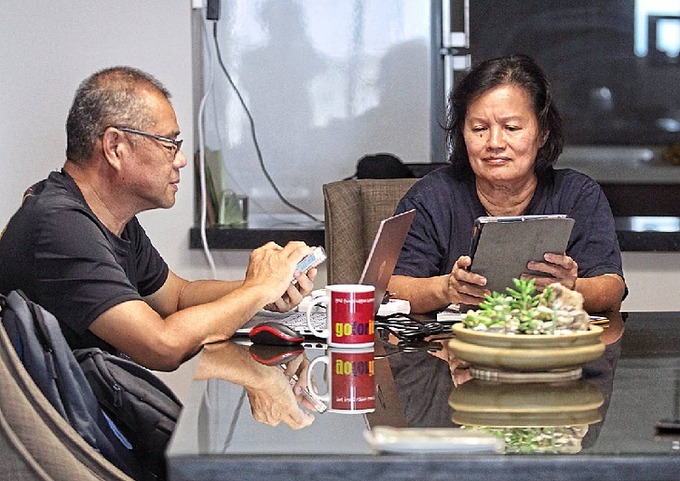 ChinaJealous of young people going out without their wallets, Ms. Wang Hongmei and her friends went to the center to teach how to use smartphones.

This woman is a retired high school teacher in Nanjing, Jiangsu Province. She said, even though she is more qualified than her peers, she couldn’t figure out how to use many apps.

Her children sometimes teach her how to use cell phone functions, but sometimes the old woman gets nervous when the child is impatient. Not wanting to disturb the children, she asked her niece to help. “She is very proficient. I envy young people who can walk out of the house without a wallet,” said the old woman.

In Nanjing, the capital city of Jiangsu, there are more than 700 unlocked community learning and training centers that teach how to use smartphones.

Seniors learn how to use their phones to pay for bus and subway rides, and to pay utility bills. They use the QR health code to enter the park. Currently, to control the pandemic, many attractions require visitors to scan a QR code to access.

Ye Qingtao, rector of the Gulou Open University in Nanjing, said the school has offered a course on application use since 2018. Initially, the course taught how to use Wechat, but at the pace of its development. In recent years, they have expanded the content of instructions such as: how to book an appointment with a doctor on the application, how to pay by QR code, how to shop on the application.

According to Mr. Ye, the school also teaches seniors how to use their phones to avoid addiction – a common condition the elderly suffer. “Older people have more spare time than young people so they are addicted. To deal with this situation, we teach them how to check their cell phone time,” said Mr. Ye.

Seniors participating in courses are also instructed to avoid online fraud, showing how to make friends.

Jiangsu province has more than 18 million people aged 60 and over by 2019, making it the fastest-aging region in China.

According to the National Bureau of Statistics, China has more than 253 million people aged 60 and over, accounting for 18.1% of the total population by the end of 2019.

Intelligent Update (According to the Chinadaily)