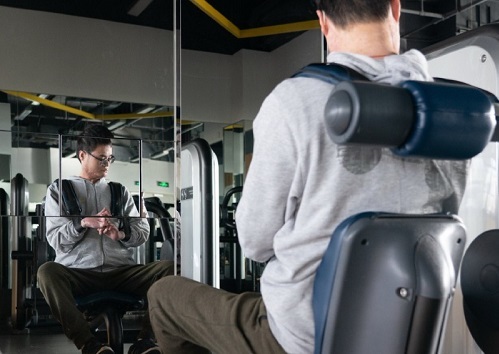 ChinaEarlier this year, many neighbors in Shanghai came to congratulate Wang Haibin, his benefactor, when he learned he was getting married at home.

“We wish him a brilliant new journey and hope the wedding happens soon. The hearts of all the people in the burning building rescued by Haibin think of him,” said Huang Junping, relative old neighbors said.

Wang Haibin’s wife came to him because he cherished his heart and the life lesson that the young man brings to everyone. “My wife says idols need to be handsome, but for a partner, a kind heart is even more important,” the 31-year-old boy said.

At 1:00 a.m. on May 16, 2015, the six-storey Wang Haibin building suddenly caught fire. The man living on the 5th floor woke up from the smoke coming into the room. Looking out the window, he judged it was difficult for firefighters and security personnel to enter the building because the gate was locked.

While trying to call for help, Wang knocked on the door to wake neighbors. “The smoke thickened as I went down and an apartment on the second floor caught fire. I stopped for a while before moving on. I made up my mind to open the gate for the firefighters to come in and rescue the victim,” he said. That’s why he was burned 67%.

Thanks to Wang’s courage, 11 households in the building were safely out of the fire. The people in the district know the news has donated 1.7 million yuan (about 6 billion) and 5 liters of blood saved his life.

After several surgeries, Wang was discharged from the hospital in September of that year, and then received rehabilitation treatment.

The fire also caused Wang to lose some bodily functions. He no longer feels cold and has difficulty sweating because his pores are badly damaged. He can’t squat and run. “Winter makes me miserable because my skin is prone to cracking,” he said.

But Wang, who has to wear a finger band and the back of his hand in winter, was grateful for holding his fingers. Initially, it was intended to amputate all of his fingers, except for the right thumb.

“I literally collapsed when I first saw my body after the accident,” said the young man who was an engineer at a foreign company. He didn’t expect rehabilitation would take so long or effort. It challenges him both physically and mentally.

His traumatic experience prompted Wang to start a charity initiative two years ago. It provides a volunteer service to alleviate emotional distress and help integrate the burned person. He also organizes safety education activities in the community and in schools.

Wang spends one day a month talking to patients at local hospitals who experience similar situations, helping them to gain more confidence.

Although the local media dubbed him a “fire hero”, Wang said he never considered himself a hero.

“I believe many individuals will instinctively do the same. If I had more knowledge about safety, I wrapped a wet blanket before plunging down the stairs. The consequences would be completely different,” he withdrew. out the lesson.

Intelligent Update (According to the Chinadaily)