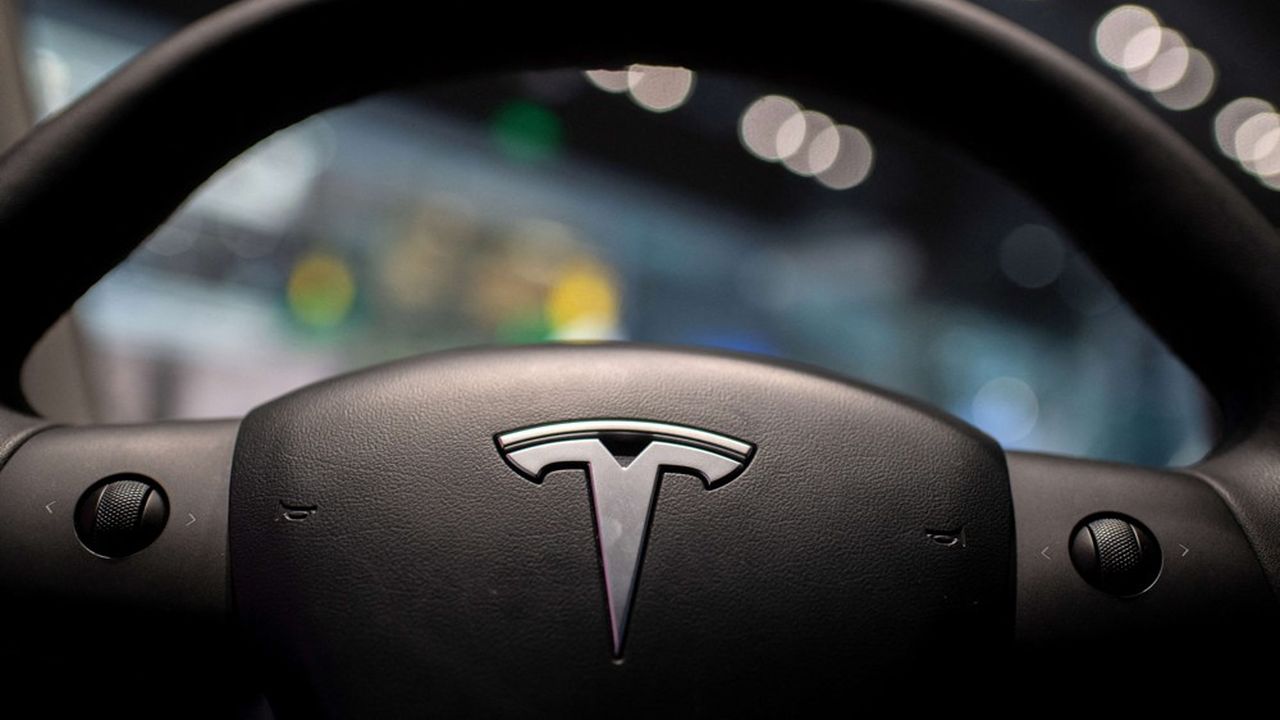 If he wants to keep Tesla’s market valuation stratospheric (which is still the case despite the decline in recent months), Elon Musk can’t afford to disappoint the markets. The boss of the Californian company once again succeeded in the exercise Monday evening, with results for the second quarter where several spectacular records come to mitigate the scope of more unfortunate news.

For the first time, the three-month turnover of the electric car specialist exceeded the $ 10 billion mark on its automotive business, to $ 10.2 billion. This is twice as much as a year ago, when production had to be interrupted at the California plant in Fremont due to the health crisis.

This year, Tesla delivered 201,000 vehicles from March to June, another record, despite the shortage of semiconductors, which affected the group like its competitors. A success due both to the enthusiasm of customers for the Y model, the group’s latest addition, but also to an aggressive pricing policy to support sales in Europe and China.

However, this did not affect the operating margin, which reached 11%, a level again unprecedented for the company. Profits were arguably driven by strong demand in the US market, which also benefited GM, Ford and Stellantis, all of which are expected to post record margins in the coming days.

Less dependence on the sale of CO2 credits

For Tesla, this translates into net income of 1.14 billion euros for this quarter. Unheard of since the company was founded in 2003, and much better than analysts expected.

This figure is all the more to be welcomed since it was obtained with revenues from the sale of CO2 credits to competitors down, to 354 million over 3 months, against 518 million from January to June 2021 (-17% ). During the last three quarters, this resource, which will eventually disappear, had kept the accounts in the green while the car production activity was in deficit.

This time, the “core-business” ended the quarter in the green, which obviously appears much healthier for the future. With Tesla’s margin growing up and down, it remains to ensure that this development is sustainable.

Monday night’s presentation contained some more annoying information. The delay in building the Berlin plant, which is due to open this month, has been confirmed, with Tesla now saying it is “on track” to get it up and running by the end of the year.

The company also mentioned delayed launches, such as the launch of the staggered electric semi-truck in 2022. Elon Musk also confirmed that the production of Cybertruck, his futuristic-looking pickup, will be delayed. This leaves time for Ford, which has entered this niche with a 100% electric version of its best-selling model, the F-150, to take the lead.

Some fears over the next few months

The situation regarding the semiconductor shortage continues to be “quite serious,” said the leader. “It’s complicated to say how long it will last because we can’t do anything about it ourselves. The group has so far succeeded in limiting production stoppages by using other chip models.

But “for the rest of the year, our growth will depend on the smallest element of our supply chain,” warned the boss of Tesla. The forecast of an average growth in deliveries of 50% per year for several years is maintained.

The group, which was a world leader in the electric car by playing the pioneers, now faces increasing competition. According to the firm Cox Automotive, Tesla accounted for 64% of sales in this segment in the United States in the second quarter, against 71% in the previous quarter and 83% over the same period in 2020. In Europe, it is the giant Volkswagen in the pockets deep that stands against the Californian manufacturer.

The South African boss has finally confirmed his intention to open the network of terminals to other brands of electric vehicles. In the United States, it will be enough, he promises, to download the application and buy an adapter for the socket.

“Our goal is to support the advent of sustainable energy. It’s not about creating an enclosed space and using it to attack our competition, ”he said. It is also for Tesla the opportunity to generate new income. But it will not be necessary in passing to dissatisfy the customers of the mark, if by chance the waiting time before accessing a “supercharger” were to lengthen excessively.