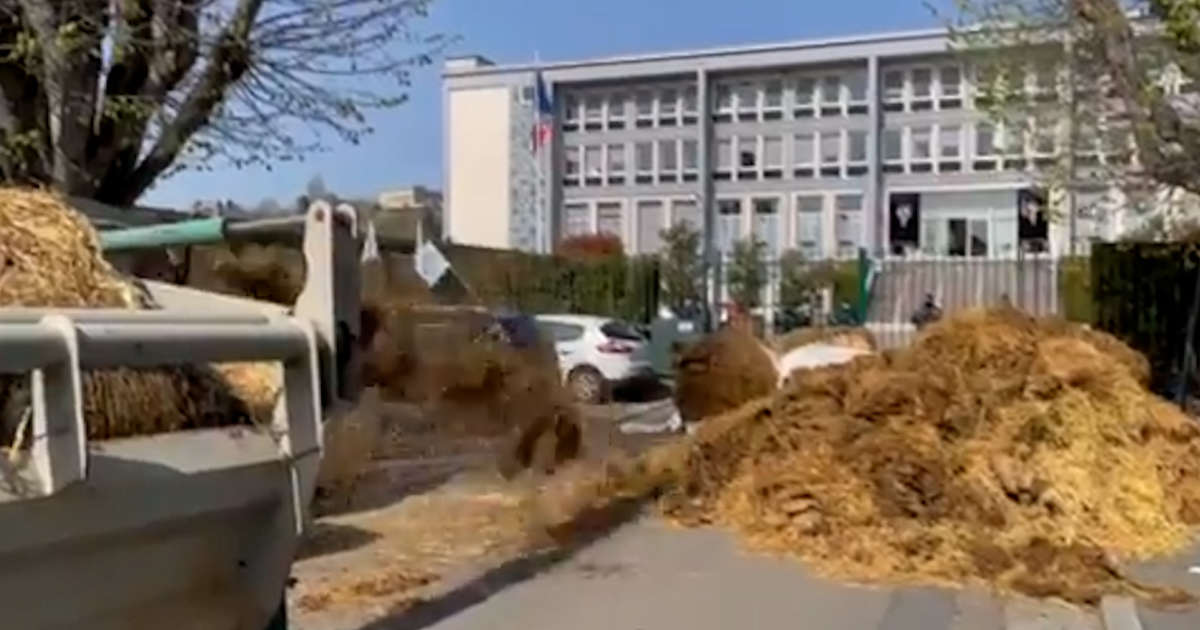 The reform makes some teeth cringe. Farmers mobilized this Friday, April 2 against the future CAP and intend to issue a “warning” to Emmanuel Macron. The FNSEA does not share the vision of the President of the Republic on the reform of the common European agricultural policy and believes that greening will financially penalize farmers.

In Reims or Soissons, as in several cities in the northern half of France, farmers have taken out their tractors at the call of the agricultural union in particular to organize blocking operations. In Evreux, once the procession of tractors arrived, the farmers dumped straw in front of the Eure prefecture to express their anger as shown in the video below.

In the middle of a gathering of tractors, Philippe Dubuisson, of the FNSEA de l’Eure, thus justifies their determination:

“Today, in the boxes, it is the reform of the CAP, with even less 50, less 70 euros per hectare per farm and there, too much is too much, our income is soaring. . “

According to the FNSEA, some 5,000 farmers have mobilized for this operation against a reform that they consider unacceptable because it provides for the establishment of eco-schemes, funding conditional on practices more respectful of the environment.

The threat to invade Paris

The demonstrators are demanding a meeting with the President of the Republic or, at least, with Julien de Normandie, the Minister of Agriculture. And they have already warned: if their message is not heard, at the next rally, they will bring the tractors into Paris, there “Where are the people who decide”.

For its part, the platform Pour une autre PAC, which campaigns for a greener policy, said “Its very strong opposition to the demands expressed by this part of the agricultural profession” and denounces a “Attempt to dramatically weaken the ambition of CAP reform”.