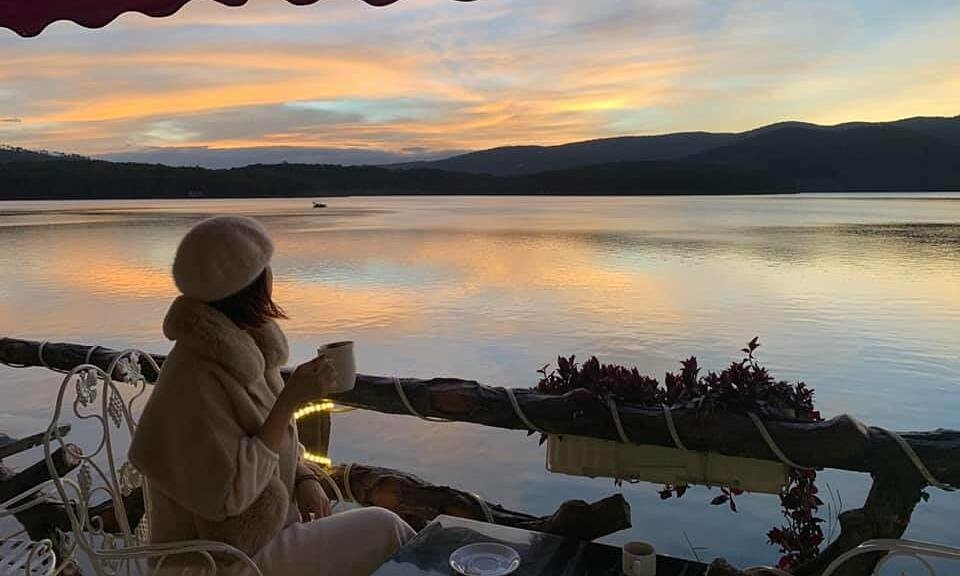 For the fifth time, also around 10:00 pm, Pham Bich received a text message: ‘How are you? What are you doing? Do you want to work at night to make money to support your children? ‘

This is not the only person that makes Bich “boiling blood”, but the 29-year-old woman, with a 3-year-old son, still tries to restrain, without responding. She thought that this attitude would gradually cause the person who was soliciting her to give up.

Bich’s frustration is also the common situation of most single moms (single mothers), especially newly divorced mothers. In a secret group on social networks, which gathered more than 30,000 single moms, there were dozens of posts on the subject of harassment and solicitation. Under each article there are hundreds of comments about his experience.

“In the eyes of the world, divorced women are like goosebumps in the middle of the market, those looking, looking, those who want to touch,” said Hoai Phuong, 37, from Da Nang.

Coming out of marriage two years ago, Phuong was disgusted and did not want to talk to the opposite sex, so she ignored everyone who approached her. But there is one thing I cannot explain, why when I was single, there were so many men, from married people, divorced or newly acquainted boys. “Sincere people do not see anyone, all ‘have intentions’,” she shared.

The mother of two children, 5 years and 11 years old, set the principle not to talk to people who speak rude; always choose crowded places when going for coffee; not sitting near, not giving people of the opposite sex a chance to approach or touch. Sometimes, if someone is bothering by phone number, then block it.

However, there was a man in the neighborhood who left his wife twice fiercely pursuing Phuong. Initially, he often called to “confide” at bedtime. Phuong always pretends not to know anyone. Once frustrated, she said: “I don’t care. Leave me alone.” She was rejected bluntly, this person on Facebook Phuong made a hard comment.

With Pham Bich, a colleague suddenly intensified her release since she learned that she was divorced half a year ago. At the office, he joked, hinting at her as a place without a person, then frequently solicited text messages. The most polite messages are: “You wear this beautiful dress right now”, “My shirt is a bit tight, then right” …

Bich warned: “You speak carefully. I am sending this message to your wife”. Not only was not afraid, this person was even more willing: “I just want you, OK.”

Bich works in a construction company in Thanh Tri (Hanoi), sometimes has interactions with guests, this colleague often drags her along with the reason “if you leave your husband, why do not hesitate to go” .

Hai Yen, working at a non-governmental organization and the administrator of a single parent group, explained the cause of this phenomenon: “The new divorce period is when women are the most unstable. Only the loneliness is surrounded by suspicion, feeling sorry for children, parents, the worst is self-esteem, thinking you are old, no one wants, no one needs. then, the more the predators “attract.

An old friend who hasn’t met for many years suddenly “shows up” about flirting. First, just a few inquiries online, then borrow an excuse to ask for help to make an appointment. “If we talked for a long time, my friend said ‘find a place cooler than talking’. I was a bit suspicious before, this made me wake up and said ‘Don’t you fear your wife will get hurt’? He was ashamed, finding excuses to play cards, “Yen said.

Not long after, college boyfriend suddenly seemed interested and ready to be a listener. Once again Yen expressed his attitude: “You do so only to make both women hurt”.

Hai Yen focuses on her work, her son and cures her inner emotions. After 4 years of divorce, she advanced in her career, salary 4 times higher than before. Her confidence and success helped her be respected in the eyes of the opposite sex.

Financial strength is also a goal set by the mother of two Hoai Phuong. She quit her job as a market officer in Da Nang and moved to Dak Lak near her aunt’s house. Here, Phuong opens a toy and clothing store in front of the kindergarten, while selling her hometown agricultural products online.

Regarding the new environment, Phuong immediately purchased a ring. She wants to carefully hide her divorce so that her two children will not be teased by her friends or she herself will not be brought up by people to talk about. The most important thing is not to be followed by men. “I dare to get divorced, which means I can take care of the economy to raise my children myself, I do not need anyone to support them”, the woman added.

Ms. Tang Duyen Hong – director of the non-profit organization Coins for change Vietnam, and also the admin of the largest single parent community in Vietnam – said that she regularly receives messages from men “thanks to the admin introduction. help mothers in difficulty to have more support “.

“This shows that single mothers are being harassed quite commonly,” she said, saying the cause was both sides. Many men “always want more and what is easy, at hand, they will”. From mom singles side, many people are not confident, thinking they are broken, so it is good to have someone who loves it. “There are people who are not interested by their ex-husbands, so when someone loves them, they are touched and immediately think that they are true feelings. That is why it is considered easy”, she analyzed.

In addition, the single mom is also very afraid of the reputation because there has been a break. This is also the “death point” that can be easily exploited. “When together, single mom doesn’t dare to ask for as much as unmarried girls, when men want to ‘get rid of’, it’s easy because the sisters don’t dare to make a fuss,” Ms. Hong said.

Admin Hai Yen added, single mom is just a status, not a problem. There is no denying that today’s society is more open to divorce, but there are still many stereotypes about single women. Typically, many people think that “single women are easy”. Single mom not only suffers prejudice from men but also prejudice from women. “Single mothers need to respect themselves, know what they want and express their opinions clearly and clearly”, Hai Yen advised.

After Bich shared her story in a secret group asking for advice, she realized she was too weak. Her mood has always been melancholy and has distanced herself from relationships with friends and co-workers since her marriage failure and her weak reaction to being teased by the opposite sex. Bich is initially building self-confidence through psychotherapy and participating in activities with people with positive energy.

“When I was healthy inside, I was no longer afraid of the eyes people look at me,” she said.

* Some character names have changed