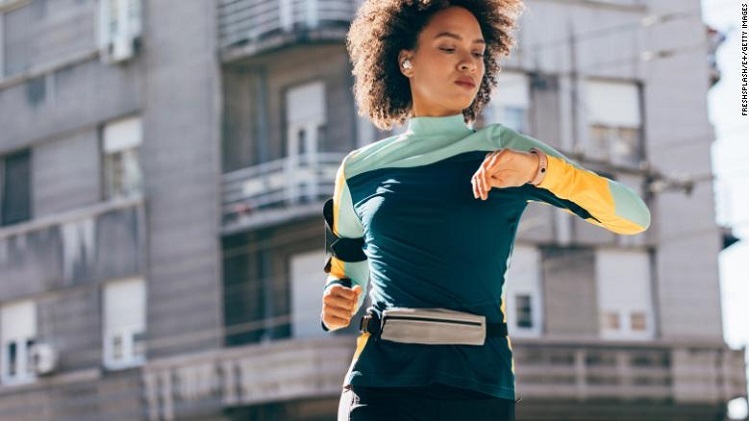 Steve Jones, set a world record at the 1984 Chicago Marathon without a watch. Then, answering to the press, the Welsh athlete said he did not know he had broken the world record until he crossed the finish line.

More recently, runner Trevor Hofbauer made headlines when he won the 2019 Canadian Marathon without a watch. He revealed that he stopped tracking his pace years ago, only training based on his overall running time and effort.

“I used to be obsessed with tracking my running pace,” he says, adding that removing the pace tracking feature on the watch and turning off the technology when running helps to be more in tune with the body.

Hofbauer also found many interesting things when just listening to the “voice” of nature in silence or greeting people on the run.

The 2019 Canadian Marathon champion said he may return to his pace track at an appropriate time in the future. But for now, running on his wrist without a device keeps his mind sharp. “For me, the simpler the better,” he said.

What Trevor Hofbauer feels coincides with the research results of many experts. Studies show that using smart devices, including looking at watches or fitness apps, negatively impacts mental health.

Using smartwatches and fitness tracking apps can contribute to information overload, according to psychologist Larry Rosen and University of California professor emeritus Dominguez Hills. Research shows that a constant stream of information received from technology can lead to stress, anxiety, insomnia, depression… and many other consequences.

Eoin Whelan, a lecturer at the National University of Ireland Galway, said that people are increasingly interested in collecting data, analyzing stats while running and sharing it with others. “People will compare themselves to people who are better than them, who run faster or run longer. In the end, it makes them feel inferior,” he analyzed.

According to this expert, many people are so dependent on fitness trackers that they quit exercising if the watch battery runs out or the app malfunctions.

However, Whelan’s research also shows that using a fitness tracker offers many benefits. In fact, some runners are more motivated when comparing themselves to others. They build communities of common interests to help each other achieve goals. With that in mind, many people tend to exercise longer, with more intensity.

“Apps or watches are harmful when users obsess over indicators,” he said.

Psychologist Rosen recommends “taking a tech break” by setting a timer for how long you don’t check your device. At that time, the brain will feel less anxious about having to look at the phone or watch all the time.