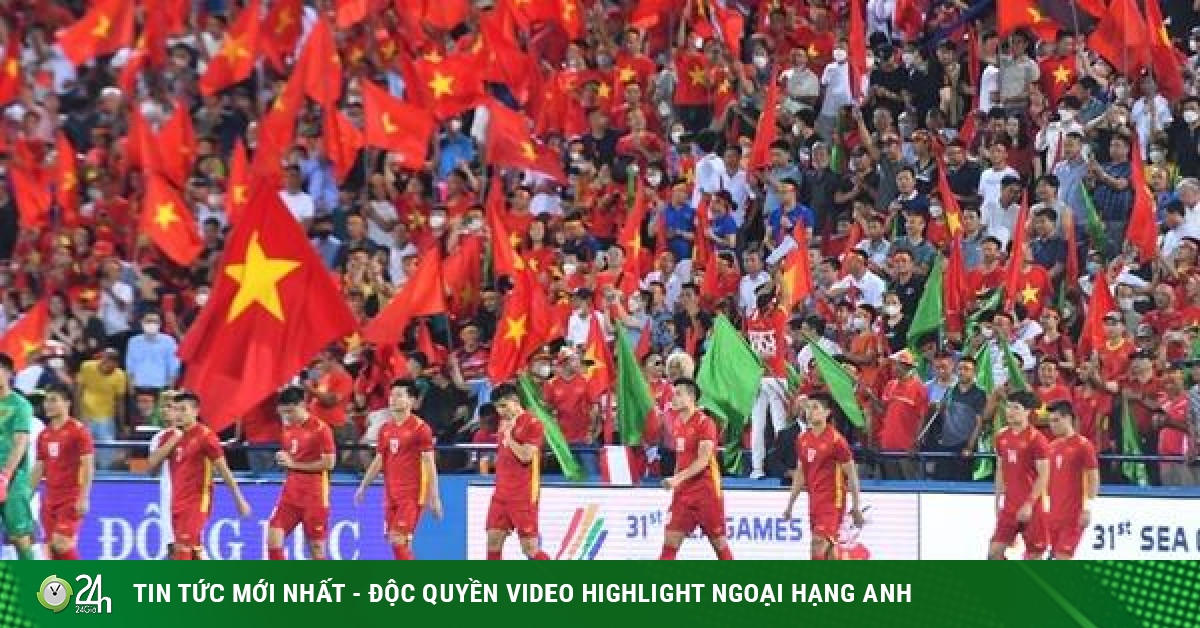 SEA Games 31 has officially closed with great success of the Vietnamese sports delegation. Of the 205 Gold medals that we won, there are 119 Gold medals in the subjects / events included in the Paris 2024 Olympic program. That is the highlight that opens up new hope.

Many new records were set

At the end of SEA Games 31, the Vietnamese sports delegation ranked first in the whole team with 205 gold medals, 125 silver medals and 116 bronze medals. We are far behind the team behind Thailand to 113 Gold medals. This is the highest achievement achieved by a sports delegation at the Southeast Asian Games so far, surpassing the 194 gold medals achieved by Indonesia at the 1997 SEA Games.

Ensuring the safety of the successful 31st SEA Games with the special contribution of the police force. Photo: Nguyen Binh – Quynh Anh.

On the eve of the 31st SEA Games, the Vietnamese sports delegation aims to win from 140 gold medals. However, we have far exceeded this target. At a press conference on May 23, Mr. Tran Duc Phan, deputy head of the 31st SEA Games organizing committee, head of the Vietnamese sports delegation, said: “SEA Games 31 has fierce competition in 40 competitions. In fact, before the SEA Games, we expect that the Vietnamese sports delegation will win from 140-185 gold medals. Only need to win 140 Gold medals, Vietnam sports will topped the ranking table. Surprisingly, many athletes in many sports who were not able to attend the SEA Games before competed with great efforts to get achievements. Earlier in the 30th SEA Games, boxing and sailing had very few competitions, even vovinam wanted to bring to the Philippines for only 4 competitions. The athlete I am most impressed with at the SEA Games is Luong Duc Phuoc – a gold medalist in the 1,500m run.

Athletics has gone down in history when it won an “unprecedented” achievement with 22 Gold medals. Among these, impressive gold medals include Nguyen Thi Oanh, who won in 3 difficult events: 1,500m, 3,000m obstacle course, 5,000m. In particular, she made a difference when she broke the SEA Games record in the 3,000m obstacle course. In the event of 7 pentathlons, which is one of the fiercest events in athletics, Linh Na won 5,415 points, winning the SEA Games gold medal after 17 years of waiting. She also broke the national record in this content that athlete Nguyen Thi Thu Cuc set with 5,350 points. Notably, the gold medal in the marathon content (42.195km) of male athlete Hoang Nguyen Thanh. He made a shock when he finished first with a time of 2 hours 25 minutes 07 seconds 84. At the 31st SEA Games, Quach Thi Lan marked the first time winning an individual gold medal (the women’s 400m hurdles event). Or it is also the gold medal of Lo Thi Hoang in the women’s javelin throwing event, which broke the SEA games record for 15 years when she won 56.37m.

Dr. Duong Duc Thuy, former Head of Athletics – General Department of Sports, said: “I have long cherished that one day Vietnam will be number one in Southeast Asia and have more than 20 SEA Games gold medals. already. This year it became a reality. In the previous congress, Vietnamese athletics also surpassed Thailand. That shows we have developed a lot. However, we cannot judge a process by the number of medals alone, but also by the quality. That’s why I mentioned that we have an ASIAD medal and aim to succeed at the Asian track and field, even reaching Olympic standards.”

SEA Games 31 witnessed the complete success of men’s and women’s football. We have successfully defended the Gold medal with a positive effect. For women’s football, this is the 3rd gold medal in a row and also the 7th in the history of the SEA Games. As for men’s football, it is a historic gold medal that coach Park Hang-seo’s teachers and students have successfully defended. Football is always the subject that receives the most attention, and this SEA Games, we had a beautiful triumph.

In a letter from Prime Minister Pham Minh Chinh to the two men’s and women’s teams, it was emphasized: “Each citizen is filled with special emotions from the heart when millions of fans carry the national flag to form a ‘forest’.” red flags with yellow stars throughout the country and chanting the slogan “Vietnam is invincible”. Effort, intelligence, bravery, resilience, solidarity, discipline, because of the colors of the flag, have brought the team victory. It is the victory of Vietnamese spirit of unity and convergence.

Today’s excellent achievements, together with the Gold medal of the women’s football team and the achievements of sports competing at the 31st SEA Games have affirmed the position of Vietnamese football in particular, and Vietnamese sports. in general in the region and gradually reaching out to the world. The Party and State will continue to pay more attention and hope that organizations, individuals and business communities continue to support and support to develop the country’s sports in general and top sports in particular. “.

After the 31st SEA Games, Vietnamese sports will aim for big goals in the ASIAD and Olympic arenas. Head of the Vietnamese sports delegation Tran Duc Phan emphasized: “Vietnamese sports focus on about 30 athletes to win achievements at ASIAD 19 and Olympic 2024. There are so many SEA Games gold medals, but the sports delegations Vietnam only set a target of winning 3-5 ASIAD gold medals. We have not zoned out to focus on fully and methodically investing in ASIAD in the international way. The number of Vietnamese athletes who can win the ASIAD Gold medal is very small. Martial arts such as karate, taekwondo, and SEA Games wrestling are jubilant but coming to ASIAD is nothing, going to the Olympics is even more difficult. In order to have success in the coming time, the sports industry needs to invest in Olympic sports. Especially, with the mark that athletics has just won, this is a subject that needs a specific investment strategy. As Dr. Duong Duc Thuy shared: “In the last few years, the leaders of the State, the sport industry and the sports federations all want to socialize sports, but we have to do it effectively. Sports development is a common cause, not only the General Department of Physical Education and Sports or departments and agencies. Coaches, athletes and fans are also contributing to sport. If the tournaments are empty like during the pandemic, it will be very difficult. No matter how loud we turn on the radio, it can’t compare to the fans who come to the field to cheer and interact with the athletes.

I would say, we have to tap into the full potential of both spiritual and material socialization, not just a specific number. Things like bonuses and meals are just numbers that can be counted, but there are many other things that follow. Track and field athletes also face many difficulties, even having equipment to compete close to the SEA Games to get there. Right now we have to think about exploiting the infrastructure in the most efficient way.”

On the evening of May 23, the 31st SEA Games officially closed, closing the successful congress with the Vietnamese sports delegation. It is important that the message “For a stronger Southeast Asia” has been somewhat spread. According to Mr. Tran Duc Phan, the countries judged that our organization was too successful, especially with a large number of spectators cheering at the competition points. Sports at that time was not only about high performance competition but also the sports spirit of the whole people. Everyone knows how effective sport can be for connection. 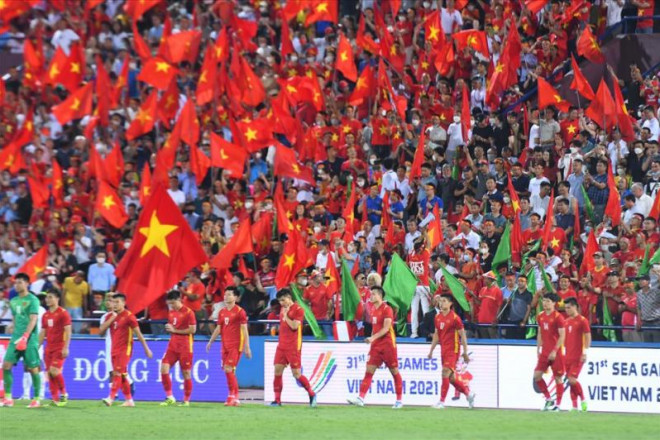 “Convergence to shine” (English: Gather to shine) is the main message that the 31st SEA Games Organizing Committee will send to sports delegations in the region with international friends and members of the Vietnamese sports delegation. at the Closing Ceremony.

We have just held the 31st SEA Games and also exchanged and accumulated more experience from the contributions of sports delegations to have the most impressive SEA Games 31 for everyone. Certainly, greeting the 31st SEA Games at the Closing Ceremony as well as our gratitude to the members of the countries who attended the SEA Games. Because coaches and athletes are the main characters in any organized regional sports festival.”

In addition to the organizational successes and competition achievements, the country’s position has been raised more with the success of the Games, after a long time of world difficulties during the pandemic. COVID-19. It is also the work of ensuring security and order with great success, bringing the safety and hospitality of the host country to the participating athletes as well as international guests. Those are immeasurable factors, to bring the country of Vietnam up to be truly powerful.

The successful organization of the 31st SEA Games is the result of the participation of the entire domestic political system and the efforts of relevant ministries and sectors, and above all, sports people are determined to do the best in every job. serving the safest SEA Games in Vietnam.

The 32nd SEA Games will take place in Cambodia in 2023. New hopes will be opened, and with Vietnamese sports there will still be an event in which we always have a strong desire to rise. 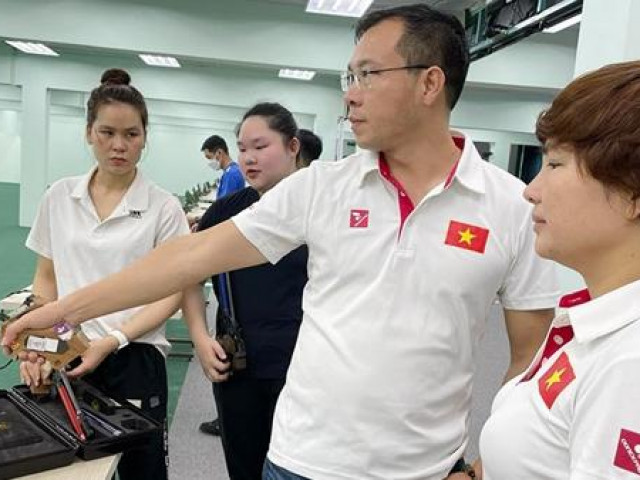 Not many people really believe in the possibility of contesting the Gold medal, let alone the goal of winning 5 Gold Medals of Vietnam shooting before the 31st SEA Games. But at…