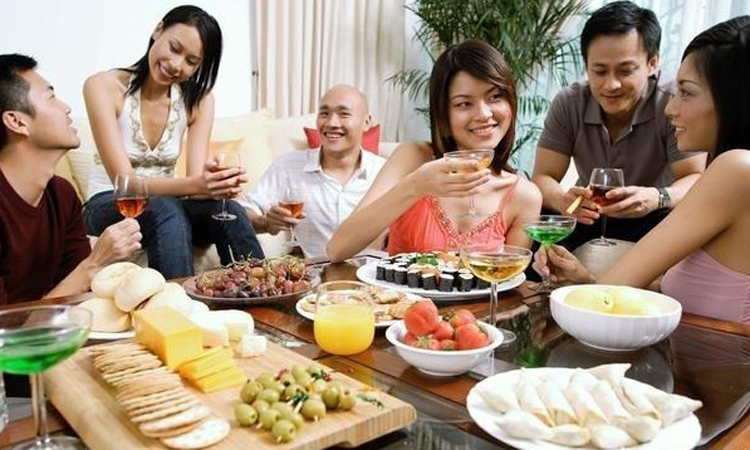 Lately I’m quite excited to go to old friend gatherings. In it, I can watch my friends grow. What achievements have we achieved in our current life? What makes many people succeed, others stagnate? I want to talk about some classmates who are doing well or not so well to give some very practical rules.

Friend A is the class representative, someone who is strict with himself. For some reason, despite studying hard, A only passed to an average university. Over 20 years without news, I recognized him through an article, when A was a senior executive director of a transnational company.

Friend B is a girl with average academic ability, later also entered a middle-class university. After graduating out of love, she enrolled in accounting and English to pass the time. Although B did not go abroad to study as originally planned, but B became the CFO of a Fortune 500 company.

None of the friends I mentioned above are particularly outstanding, they are just ordinary people, but they live well, making many people admire. From these successful friends, I saw a few rules of life.

Rule 1: The starting point is not everything

The person who attends a prestigious kindergarten is not sure to have done well in primary school.

Our class that year had 40 people but only 30 people passed the university, the number failed can study intermediate or vocational training. There was a very different starting point between us at that time. But at the age of 40, I find that the difference in fate is not large. At least, not as big as the difference in scores from the college entrance exams in the past. Just like when we raise a child, adults can accurately remember their height and weight each month at the start and have fierce competition with other children. But when the child turns adolescence, the parents think these things are unimportant and no longer care about it.

As our timeline grows, temporary achievements cease to be the basis for determining one’s final destination.

Rule 2: The determinant of success or failure is not in the subjects tested

The artificial intelligence called Google’s AlphaGo after repeatedly defeating the world’s No. 1 Go player Kha Khiet from China has made many people startled to realize that: “The abilities can be replaced by good machines. Artificial intelligence are all powers not worth training “. Examinations, tests in schools nowadays make students spend a lot of time and energy, most of them are only used to evaluate their ability to master knowledge, not to improve real abilities.

Americans used to statistic the annual salary of the graduates of the top universities in America. The schools that hold the top position are always technology schools such as Massachusetts Institute of Technology, California Institute of Technology, Georgia Institute of Technology … General schools like Harvard, Yale, Princeton University … are not are among these. But when comparing the salary status 15 years later, universities that provide good education in general education such as Harvard and Princeton have entered the top 10, surpassing universities that focus on engineering and business. The reason is that these schools spend time on extracurricular activities. These seemingly unrelated activities cultivated various outstanding student qualities such as fighting spirit, teamwork, social skills, expression …

These are the goals and benefits of general education – allowing students to understand the world, to cope with complex lives and the confidence to realize their own worth. This has brought a long-term stamina for personal development and activity.

Rule 3: Success has no absolute meaning

After 20 years of graduation, you will find that the friends you hated in the past did not affect your life. Those who have been worshiped, idols have only had the same life as you. You will find that success is not absolute, so there is no need to admire or despise anyone. Just focus on living your life to get success according to your own frame of reference.

People surpassing others on the road of life not because he wants to surpass you, but because he decides to go the furthest place. If you do not have a strong heart and still believe that “the strong is the winner” and must firmly grasp the best educational resources to succeed, your child is more likely to have a life of failure. .

Among the classmates, some had a pretty bad life. Those are you who grew up in an unhappy parent. When these people mature, they all bring this lifestyle to their new family, even some people who are not married or have no children. Some of you choose to be a single mother, always spreading the word “lack of trust in men”, making not only that friend, but also the children looking at life in darkness. When the spiritual and emotional life is not complete, it will be difficult for a career to be successful as much as possible.

Therefore, it is more important to find extracurricular classes and tutoring for children is to build a good family relationship between parents and children. A close and positive relationship is the best educational investment for your child.

Rule 5: Human life is like a marathon, endurance will reach the finish

Life is a marathon, usually very crowded at the start, but after a quarter of the stage, the distance between the athletes is widened, the starting advantage no longer works.

Many parents say not to let their child lose at the starting line, so they try to get a spot at the starting line as soon as possible. But in fact, the road to success is not as crowded as imagined, because the marathon of life is still long. On the road, most people took the initiative to withdraw after running less than half the way. The remaining few do not have to fear there are too many opponents, but only worry how to find a companion. Therefore education is a lifelong job. The one who finishes in the end is the toughest.

Looking back at my class, I see a lot of friends who used to compete fiercely with each other from middle school to university. Many people also have PhDs, but they don’t continue to learn new things after that. Some of the people who were better than us in school and in better starting positions have given up on the marathon of life. We can run further just because we’re still running, that’s all.