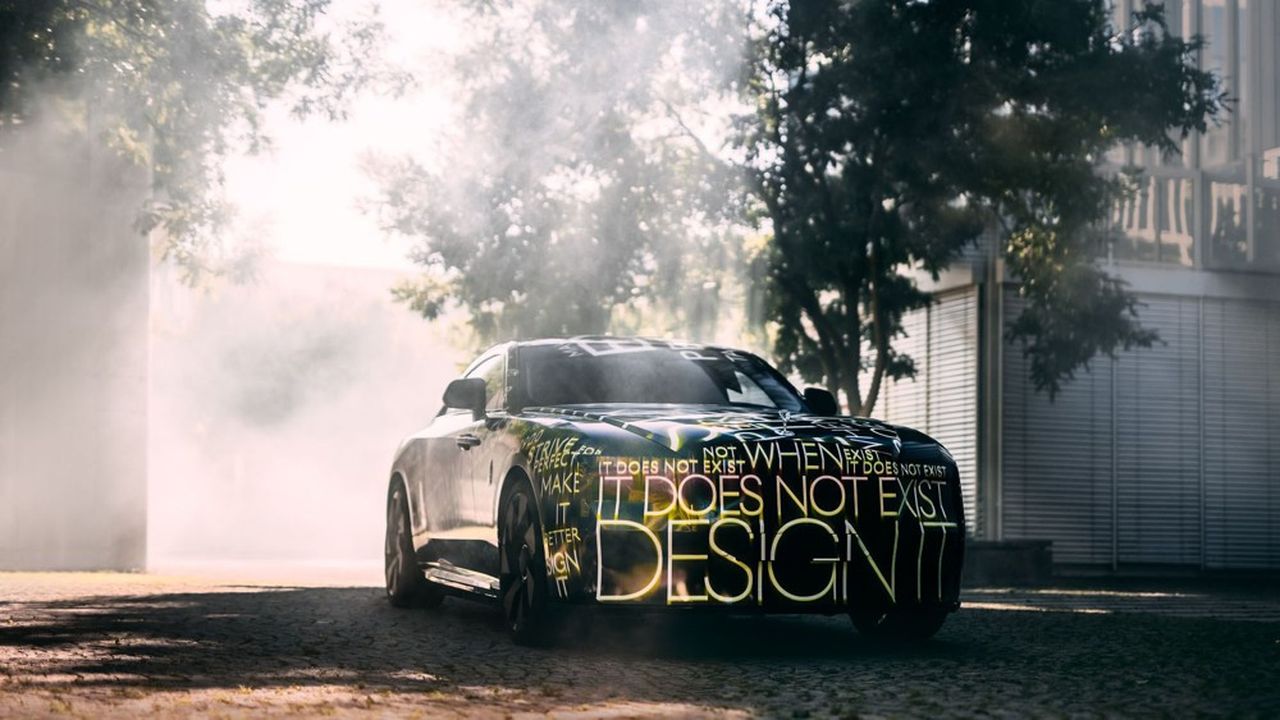 Rolls-Royce is taking a radical turn. The British manufacturer’s managing director, Torsten Müller-Ötvös, announced on Wednesday that the entire range will be 100% electric by the end of this decade, on the occasion of the presentation of the first-ever electric vehicle decorated of the “Spirit of Ecstasy”, the famous radiator cap identifying the prestigious brand.

The Specter coupe, which will take over the aluminum chassis of the last Phantom, will be delivered from the fourth quarter of 2023. It will be the starting point of a new era. “With this new product, we are launching the process of electrifying our entire range by 2030,” said the leader, saying that this is the most important decision since that taken by Charles Rolls and Henry Royce in 1904, when they chose to jointly create the brand bearing their names.

In 2019, Torsten Müller-Ötvös declared that he intended to rely “for as long as possible” on the V12, the emblematic engine on which the manufacturer has built its success, and which has equipped all its flagship models. Rolls-Royce’s rare forays into the electric sector have so far been summed up in concept cars.

The boss of this subsidiary of the BMW group, however, claims not to back down. “Electric propulsion is perfectly suited to Rolls-Royce, more than to any other brand,” he said on Wednesday. It is quiet, refined and produces torque instantly, producing considerable power, ”he said.

Rolls-Royce above all follows a trend that has recently won over luxury brands. At the end of 2020, the British rival Bentley had announced its intention to give up the thermal by 2030. The firm of Crewe, which already offers, unlike Rolls-Royce, hybrid engines, will market its first 100% electric vehicle from here to

2025. Ferrari, which has long refused to take this turn, is aiming for the same deadline.