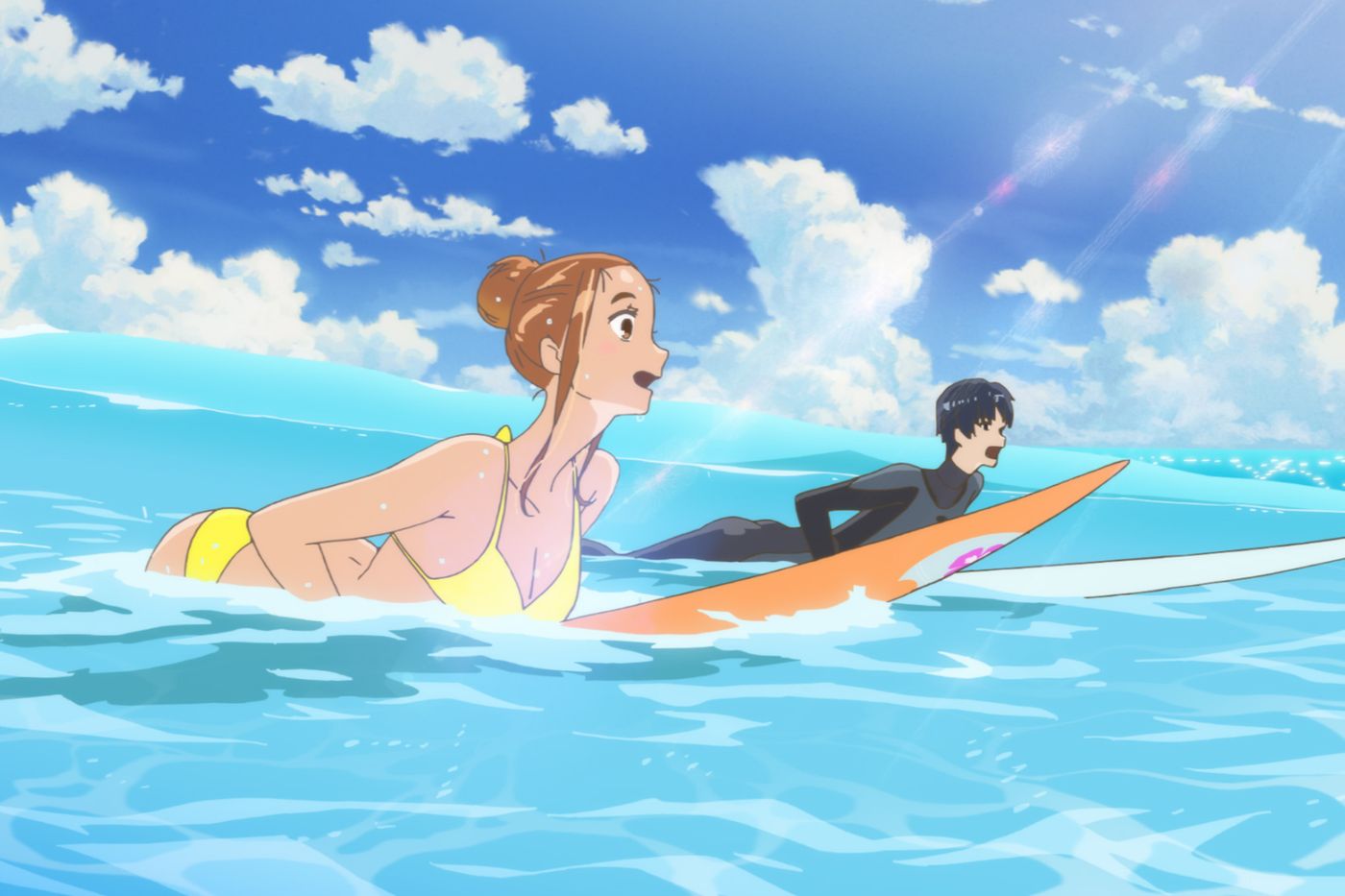 Fifteen days later Drive my car, upsetting road-movie in a red Saab, here is Ride your wave, tragicomic romance on a surfboard. Two Japanese films, two very different views on mourning: the first is as austere and controlled as the second is colorful and whimsical.

Ride your wave rides the wave of Japanese blueberries, often cutesy and rarely successful. Hinako, a young and pretty surfer, falls in love with Minato, a firefighter who saves her when her building burns down.

She then introduces her boyfriend to the art of sliding, but the brave firefighter drowns when he comes to the aid of a reckless swimmer. Distraught with grief, Hinako takes refuge in her memories. She even manages to make the spirit of her late love spring from the waters by singing the song of their meeting, a heady musical tune.

So many opportunities for Masaaki Yuasa to gently parody the codes of animated romances that abound in Japan. The young woman, of whom we never really know if she is the victim of hallucinations or supernatural phenomena, thus comes to walk her former companion in a giant buoy in the shape of a dolphin …

Ride your wave is a new demonstration of the crazy inventiveness of Masaaki Yuasa, director of several more or less successful animated films but all formally daring: Lou and the siren island (2017), sassy and pop version of Ponyo on the cliff (by Hayao Miyazaki), or Night is short, walk on girl (2017), a delirious burlesque student trip in Kyoto.

Happily alternating between aesthetic registers and animation styles, the filmmaker sometimes approaches the shores of the most eccentric cartoon, multiplying the spectacular camera movements and deforming his skinny characters according to the situation. It might sound trivial, even annoying, but if we let ourselves be embroiled in the surge of emotions and gags, this melodrama will touch the heart as much as it will entertain the spirits.