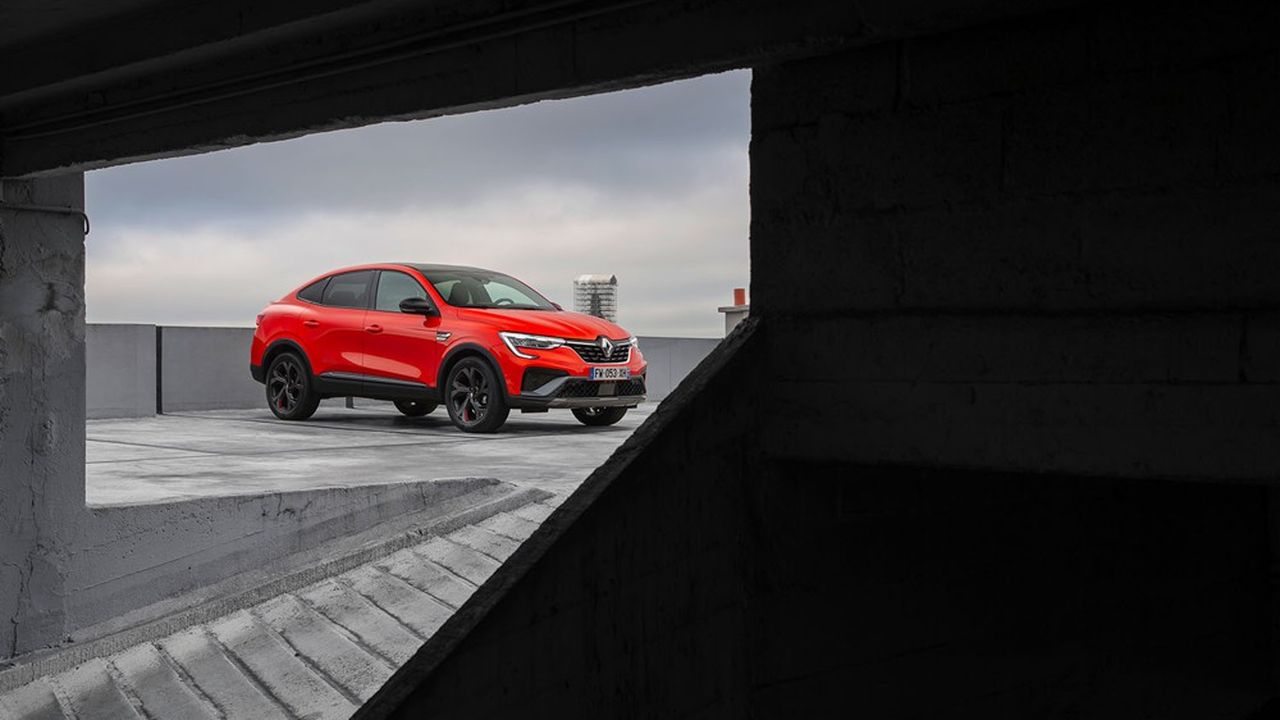 Renault is starting its offensive in the C segment of family cars. It is certainly not yet the vast renewal of the range marked by the legacy of the new CEO of Losange, Luca de Meo, and its chief designer, Gilles Vidal.

But the Arkana coupe SUV, which will land in European dealerships next June, is an important first step. “This is one of the seven vehicles in the segment announced by Luca de Meo in his strategic plan last January,” said Fabrice Cambolive, sales director for the Renault brand.

With the Arkana, Renault hopes to fill the decline in its sales in this niche, bringing together medium-sized cars (between 4.20 and 4.70 meters). The Megane and the Scenic are losing ground, and the Kadjar SUV sells for half as much as its competitor opposite the Peugeot 3008.

Manufactured on the same technical platform as the Captur or the Clio, the Arkana is longer (4.57 m) and more comfortable than the city cars of the Losange. Above all, it relies on its cut SUV silhouette, halfway between the sedan and the SUV, to differentiate itself. While today only “premium” brands such as BMW, Audi, Mercedes or Porsche have such mixed silhouettes in their range, Renault will be the only generalist to offer it.

“This allows us to meet the expectations of customers who are still loyal to sedans, adept at a more fluid ‘look’, and very strong demand for SUVs, which represent 80% of sales in the segment,” continues Fabrice Cambolive. .

Will it be enough to offset the logistics costs of producing this car? The Arkana is indeed manufactured very far from the Old Continent, in South Korea, in the factory that Renault owns with Samsung Motors. A previous version was launched in Russia in 2019 on the Dacia Duster platform (18,000 sales last year). But it is the Arkana “made in” Korea that will be imported into Europe. It was launched in the “Land of the Morning Calm” in spring 2020, under the Samsung XM3 brand, with some success: it sold 34,000 units last year.

“Before launching it in Europe, we were waiting for the micro-hybrid and hybrid versions to be available,” explains Fabrice Cambolive. Versions that will allow it to display reduced CO2 emissions (to 131 and 111 g / km respectively), a “must” in Europe given the restrictive anti-pollution regulations.

Renault hopes to relaunch its C segment, a particularly lucrative niche but where the Losange no longer sparks: between 2010 and 2019, it represented barely 20% of its sales (40% for the entire sector). Luca de Meo has made it one of the main axes of the manufacturer’s way out of the crisis. Objective, to achieve that it generates 40% of the group’s margin in 2025 (15% in 2019), with 7 new models launched in five years.

Luca de Meo wants to increase the average selling price of the brand’s models, from 20,000 euros in 2019, to 27,000 euros in 2025. “With a floor price of 29,000 euros, the Arkana will contribute,” underlines Fabrice Cambolive. Even if Luca de Meo has made some modifications to the Arkana, it will however be necessary to wait for the electric Megane, at the beginning of next year, and especially 2023, to see the arrival in the Diamond of new vehicles resolutely stamped with the seal of the new team.