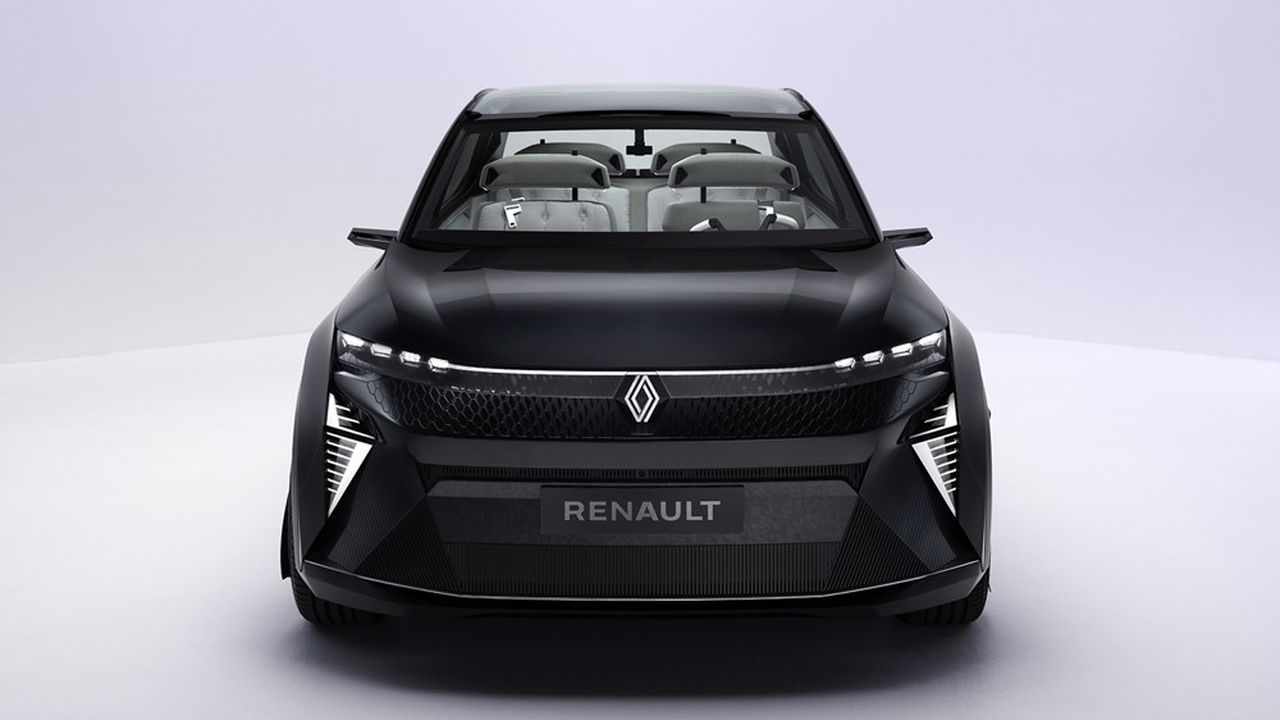 Between the shortage of semiconductors (which affects the entire sector) and the setbacks in Russia, Renault’s news is anything but serene. Despite these crises, the manufacturer is not forgetting to prepare for the long term: on Thursday it unveiled a new concept car, which clears the ground for its commitments in terms of sustainable development by 2030, while lifting the veil on the lines of his future family car.

Baptized Renault Scénic Vision, the vehicle is based, as its name suggests, on bodywork very close to the new generation of the best-selling Losange. Its exterior design “prefigures what the Scenic will be like”, confirmed general manager Luca de Meo, who is planning a launch in late 2023-early 2024.

100% electric and built on the CMF-EV platform like the Mégane which is arriving in dealerships these days, the Scénic Vision bears the stamp of Gilles Vidal, the design director from Peugeot, and abandons the codes of the minivan for those of the SUV. It sports a very assertive silhouette, in particular at the front, and a claimed high-tech posture, whether at the level of the very slender headlights, or the camera mirrors. The rear doors are reverse-opening, and the central pillar has been removed.

Beyond aesthetics, this concept car illustrates how Renault intends to reduce its ecological footprint in the longer term, by presenting technologies that will be gradually integrated into the production process over the next few years. The Scénic Vision, for example, incorporates 70% recycled and renewable materials. The plastic for the floor is made from used milk bottles and industrial ductwork.

At the end of its life, the recyclability rate is increased to 95%, thanks to consideration of the subject from the design stage. The textile used for the seats and the console is neither bleached nor tinted (which gives an off-white color), and the leather is completely absent from the vehicle.

For the battery, the supply is announced to be sustainable in lithium and nickel, with recycling of all end-of-life materials. But Renault also seeks to reduce the ecological impact by working on the size of the battery: the Scénic Vision outlines an “attractive alternative” to 100% electric with a motorization which also provides for the use of hydrogen.

The fuel cell would be activated for long journeys, when leaving on vacation for example, with a much faster recharging time. Daily trips would be made with the battery, which would thus be smaller, which would reduce its carbon footprint but also its price.

This versatility, to date “totally exploratory” specifies the brand, has many advantages, especially at a time when the costs of raw materials are soaring, with rising concerns about supplies in the years to come. It is a promising avenue, provided that the production of green hydrogen develops, as do charging networks.

In total, the carbon footprint of this concept car is reduced by 75% compared to a current electric car.