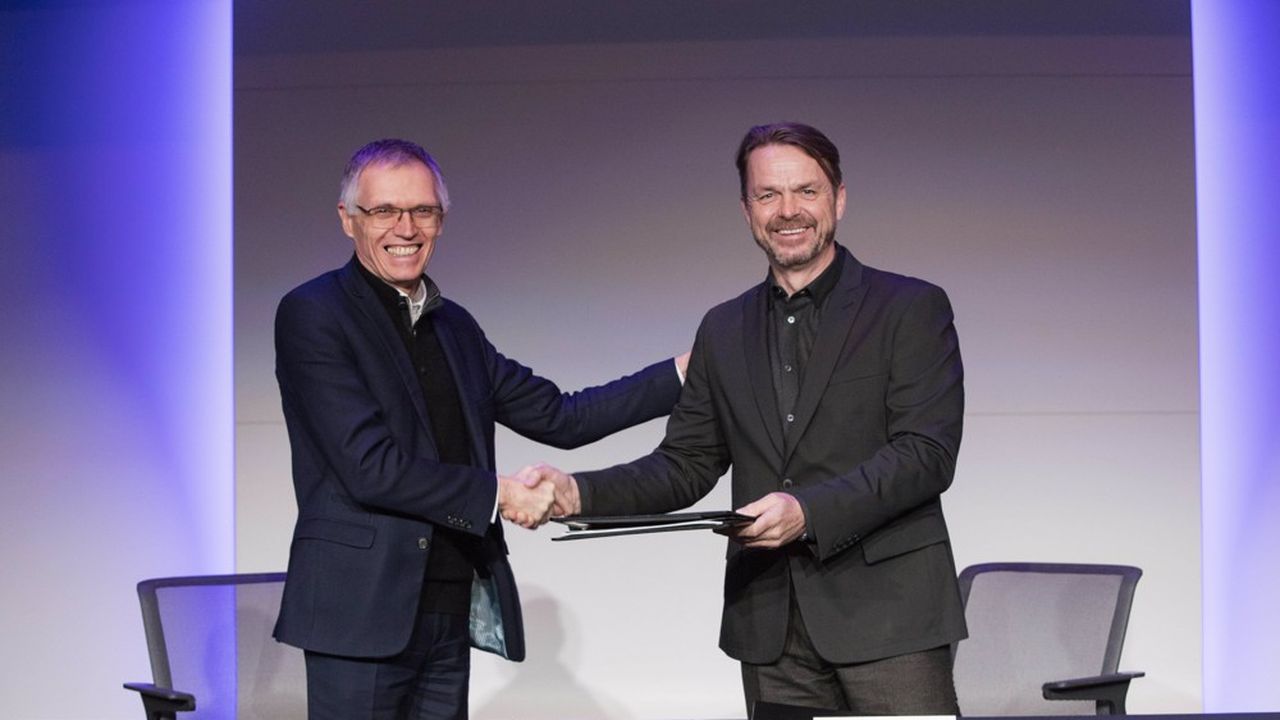 Goodbye PSA and long life to Stellantis. The new entity, born from the merger between the French group and its competitor Fiat Chrysler, officially came into being on Saturday. The two companies, with centuries-old roots, gave birth to a global heavyweight in the automotive industry. “The merger took effect today,” the two groups announced in a joint press release.

Carlos Tavares, the boss of PSA, will have the heavy task of piloting this new colossus, with 400,000 employees and 14 brands. The headquarters of the new entity is in the Netherlands, although the two companies have indicated that it “will also benefit from important operational centers in France, Italy and the United States”.

The Elkann-Tavares partnership, the key to success

Concretely, Fiat Chrysler, which is already a company incorporated under Dutch law, absorbed PSA, and the whole was renamed Stellantis in the process. The shareholders of the two companies each hold 50% of the new group, those of the French group having received 1,742 Stellantis shares for each of their PSA shares.

The first board of directors of Stellantis, whose composition was announced at the end of September, should meet this Saturday. It will be chaired by John Elkann, the strong man of the Agnelli family. Until then, through its holding company Exor, it held 28.5% of the shares of Fiat Chrysler, and will be with 14.2% of the capital the largest shareholder of the new entity. The quality of its agreement with Carlos Tavares will be essential for a successful merger.

The board has eleven members: five were appointed by Fiat Chrysler, and five by PSA, including Robert Peugeot, president of the holding company FFP, who will be appointed vice-president, and Nicolas Dufourcq, CEO of BPI, another reference shareholder of PSA. The eleventh member is Carlos Tavares, in his capacity as managing director, which gives the governance of this “50-50” merger a slight advantage to the ex-PSA.

Listing of the new entity will begin Monday in Europe and Tuesday in the United States (Monday being a public holiday across the Atlantic). To mark the event, John Elkann and Carlos Tavares will ring the bell together during introductory ceremonies in Paris, Milan and New York.

The composition of the organization chart of the new group should be communicated at the beginning of next week. Long awaited, it will draw the first cartography of the power of Stellantis, and the distribution of responsibilities between former PSA and Fiat Chrysler. The only decision known at this stage: Mike Manley, CEO of Fiat Chrysler, who was given market rumors, will remain faithful to the position and will lead Stellantis’ activities in North America.

These announcements could occur during the first press conference of Carlos Tavares in his new functions: it will take place on Tuesday afternoon, PSA said in a statement released Friday. To know the strategic plan, it will probably be necessary to wait a few more weeks.