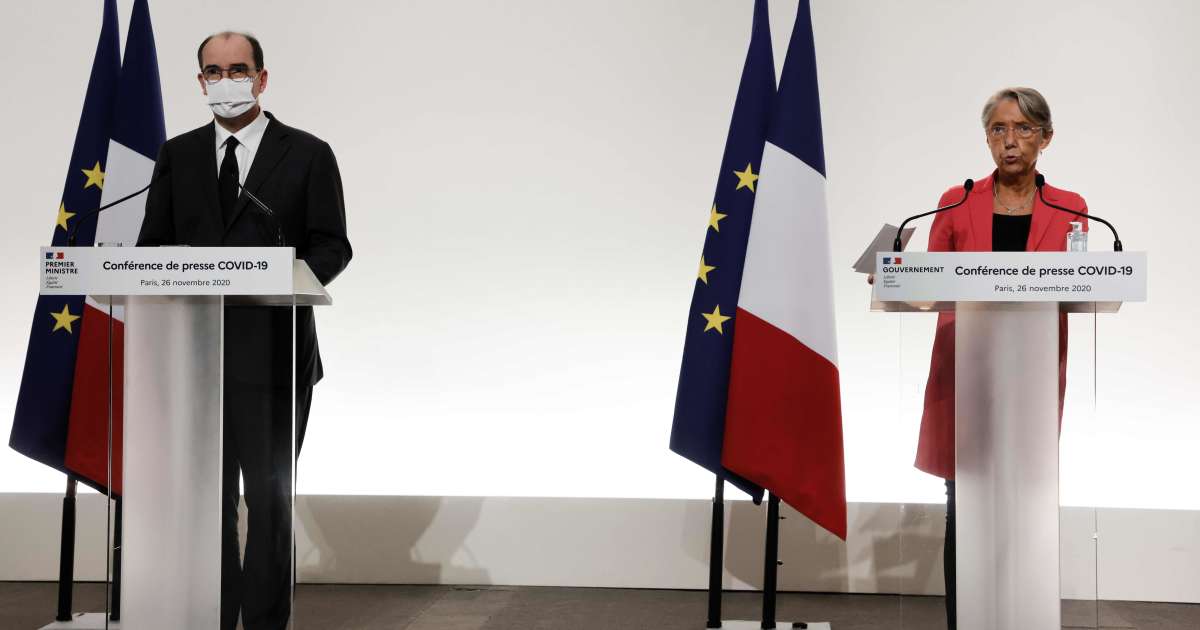 Precarious workers, students, seasonal workers, companies penalized by the crisis: Prime Minister Jean Castex announced on Thursday at a press conference various measures taken by the government to get through the health crisis. “L’Obs” takes stock of the various aids presented.

Jean Castex first announced aid for precarious workers, seasonal workers, intermittents or extras, who “Worked a lot” last year, with a “Guaranteed resource of 900 euros per month” until February 2021.

“This is an exceptional response for the 400 000 catering extras, […] permittents of events or other sectors registered with Pôle Emploi ”, said the Prime Minister during his press conference. Labor Minister Elisabeth Borne specified that the aid will concern “Those who worked more than 60% of the time in 2019” and should concern around 300,000 people, according to an interview with the minister this Thursday, November 26 in the daily “Les Echos”. The money of the future, the stake of our freedom

The Youth Guarantee will benefit in 2021 to “At least 200 000 young people ”, a doubling of its beneficiaries, announced the Prime Minister, indicating that aid, including financial, will also be provided for young graduates seeking a first job.

“Next year we will double the number of beneficiaries of the Youth Guarantee compared to what was planned for 2020” and “It is not 100 000 but at least 200 000 young people ” who will thus benefit from it, he said.

The Youth Guarantee offers a monthly allowance (for a maximum amount of 484 euros) and reinforced support in local missions for one year to young people aged 16 to 25 who are not “Neither in employment, neither in studies, nor in training” and “In a situation of financial insecurity”.

Progressive deconfinement, vaccination … What to remember from Macron’s announcements

Noting that “The economic crisis penalizes the integration of young people into the labor market”, Jean Castex indicated that the government would “Also help young graduates who have finished their studies and have real difficulties, given the crisis, to find their first job”.

This assistance will take the form of a “Specific device” with both support from Pôle Emploi or the Association pour l’Emploi des Cadres (Apec) and the “Benefit of a financial allowance”, he detailed.

“The scarcity of odd jobs increases the risk of precariousness for students”, underlined Jean Castex. The Prime Minister announced an increase in the support system for student jobs which will increase from 1,600 to 20,000 jobs, to support “Dropouts” during the first years of their studies.

Are we doomed to be forever re-confined?

“These contracts will be signed by the Crous [centres régionaux des œuvres universitaires et scolaires] for a period of four months, at the rate of 10 hours per week ‘ either an investment by the State of “50 million euros” specifies the head of government.

“We are also going to double the budget allocated to the CROUS to provide emergency financial aid for students in precarious situations. These aids will thus help 45 000 additional young people to find accommodation and food ” a cost of “56 million euros over the coming months”, continued the Prime Minister.

A help “From 15 % to 20% “ of turnover will be granted to companies in sectors affected by the crisis such as hotels, tourism or events, and whose turnover has fallen “At least half”, said Jean Castex.

“We must forget the word” deconfinement “, warns a member of the Academy of Medicine

During his press conference, the head of government recalled the new method of calculating the Solidarity Fund for Companies which will remain closed in December, on the basis of 20% of the turnover achieved during the same period of 2019, when it is more favorable than the aid of 10,000 euros.