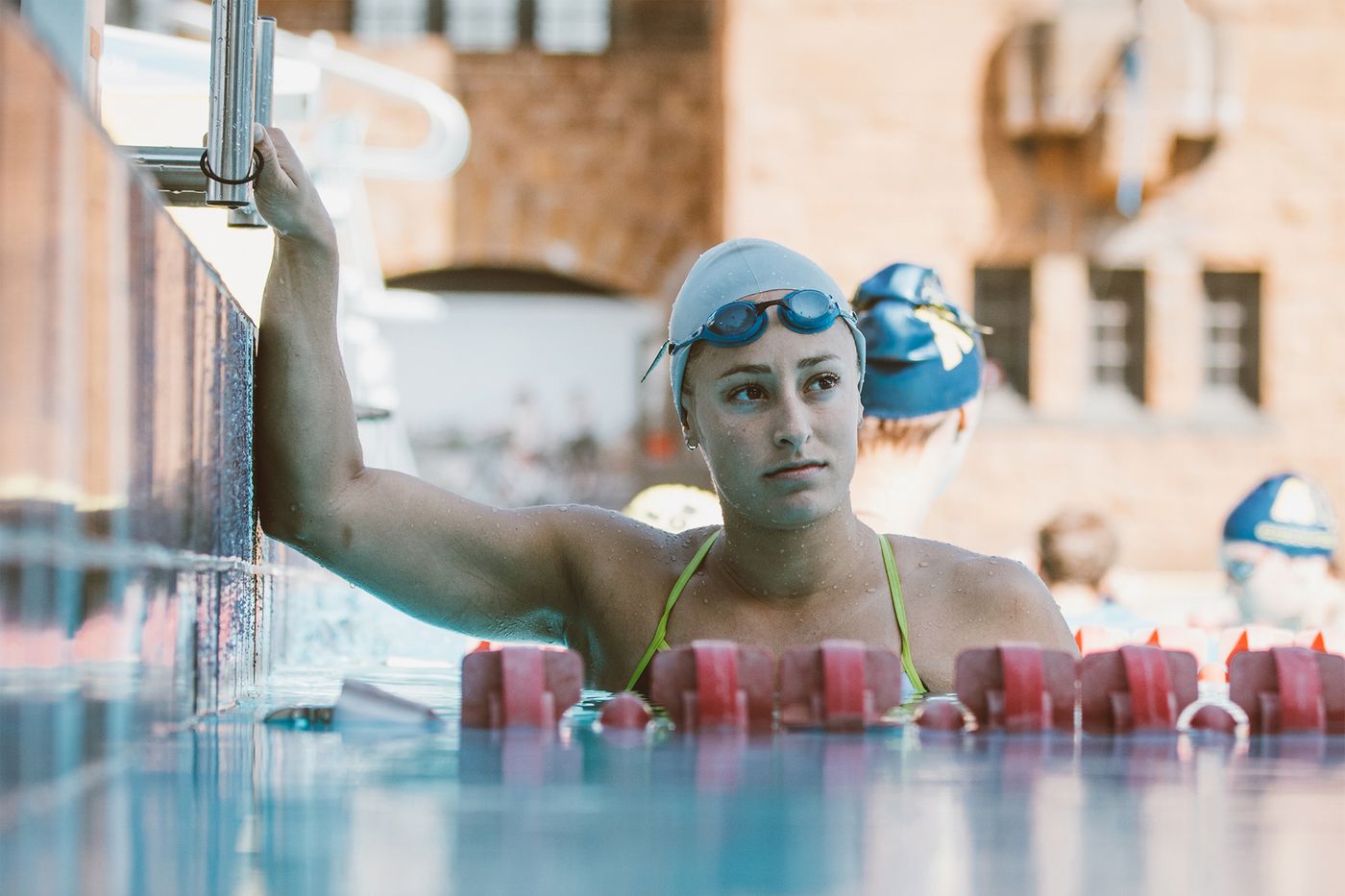 In full glory, the Canadian swimming champion, Nadia Beaudry, decides to stop her career after her last two competitions at the Tokyo 2020 Olympics. On her rests the burden of all the hopes of her country. The film begins with a final training session taken to the extreme by his trainer. After a disappointing fourth place in butterfly stroke, she spent the night mulling over this failure, trying to put her body and her head back on track as the final event, the team relay approached. She is on the verge of abandonment.

→ READ. “Witches of the Orient”, legends of Japanese volleyball

A former high-level swimmer himself, Quebec director Pascal Plante approaches competitive sport in an unusual way. It focuses on the backstage of the effort, on the sacrifice that the competitors inflict on themselves to get to the end of themselves and on their hidden fragility. Too much strained body, crumbly mind and too much pressure around. With him, we enter the mysteries of preparation and the heart of the action, thanks to spectacular sequence shots. Rise in concentration, stress bubble, sensory isolation before the explosion of the feat, filmed underwater to experience the quintessence of power.

Athletes face their fate alone. Pascal Plante challenges the myth of the united team and brings out the individualism that remains the engine of any competitor through Nadia’s revolt. It is not uncommon for celebrated athletes, secret victims of the “post-Olympic blues”», At the moment of being sent back to the lackluster prosaism of an ordinary life, set off in a melancholy drift, conducive to all errors and excess.

The main performer of the film participates in the Tokyo Olympics

Katerine Savard (Quebec Laure Manaudou) who is currently participating, for real, in the Tokyo Olympics, interpreter, first appearance in the cinema, the main role of this film. With the ease of the technician, she gives, through her charisma, an impressive credibility to her character, undermined from within. Her body sculpted by years of stretching, bodybuilding, infinite pool lengths, the beauty of her gliding in the water and the tone of her swimming contrast with the painful loneliness that distances her from others. She is surrounded by three other champions, including Ariane Mainville, teammate and confidant of her renunciation.

Pascal Plante opts for a quasi-documentary style, with a very elaborate soundtrack, to stay as close as possible to the characters and to share the loneliness of the champions, the violence of the sporting gesture, then the depth of the distress which is often the cause. price.