(Sports News, Tennis News) After winning Roland Garros for the second time in his career, Novak Djokovic has continuously received good news related to Roger Federer and Rafael Nadal before Wimbledon this year. 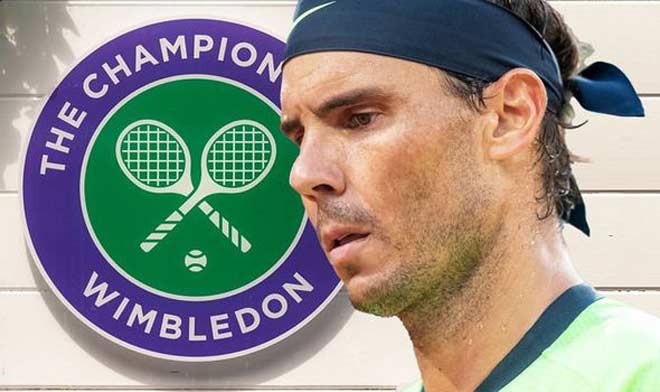 Nadal suddenly withdrew from Wimbledon and this year’s Tokyo Olympics

On his official Twitter account, the 35-year-old Spaniard wrote: “Hello everyone, I have decided not to participate in Wimbledon and the Tokyo Olympics. It was never a decision. It was an easy decision, but after listening to my body and discussing it with the coaching staff, I understood it was the right decision.”

Meanwhile, Nadal’s biggest rival, Roger Federer has just finished the momentum for Wimbledon 2021 very unconvincing when “Express train” lost to junior Felix Auger-Aliassime 6-4, 3-6, 2- 6 in the 2nd round of this year’s Halle Open. This ATP 500 tournament on grass in Germany is where Federer holds a super record of 10 championships, but the recent defeat against a Canadian opponent who is 19 years younger than him has made him the former king.

The performance of the 39-year-old Swiss legend since returning to the competition this year is really worrying. He was eliminated early in both the Qatar Open (quarterfinals), Geneva Open (first match in round 2) and Halle Open (round 2). At Roland Garros 2021, Federer won the first 3 matches, but he took the initiative to withdraw before the match against Matteo Berrettini in the 4th round, even though he was not injured.

Federer’s decline and the fact that Nadal has just quit Wimbledon this year is a very happy signal for Novak Djokovic. 1 on the ATP singles rankings has just won Roland Garros after a dramatic 3-2 comeback against Stefanos Tsitsipas in the final.

It was the second time Djokovic won the French Open, but it was the first time in five years that he lifted the Coupe des Mouquetaires silver trophy for the men’s singles champion at the Philippe-Chatrier main court. The Serbian tennis player had the 19th Grand Slam of his career to close the record of both Federer and Nadal holding (20 times).

Leaving Paris, Nole immediately flew to Mallorca (Spain) to practice towards the defense of the Wimbledon men’s singles championship won in 2019 when he saved 2 championship points before sowing grief to Federer (year). 2020, this tournament was not held because of the Covid-19 pandemic).

Federer is now about to turn 40 and shows too much slippage, so it is difficult to consider a worthy counterpart to Djokovic as he was 2 years ago. Nadal has just decided to quit Wimbledon 2021, although he has won the All England Club twice in the 2008 and 2010 seasons.

With Djokovic now, the door for him to equalize the record of 20 Grand Slams like Federer and Nadal is more open than ever. After claiming to be king at the Australian Open and Roland Garros, Nole is aiming for a third consecutive Grand Slam title this year. This is within your reach. If Nole continues to maintain the same bravery as in Melbourne and Paris, it is very difficult for Federer or young players in the ATP Next Gen group such as Dominic Thiem, Stefanos Tsitsipas, Alexander Zverev… 6th win at Wimbledon.