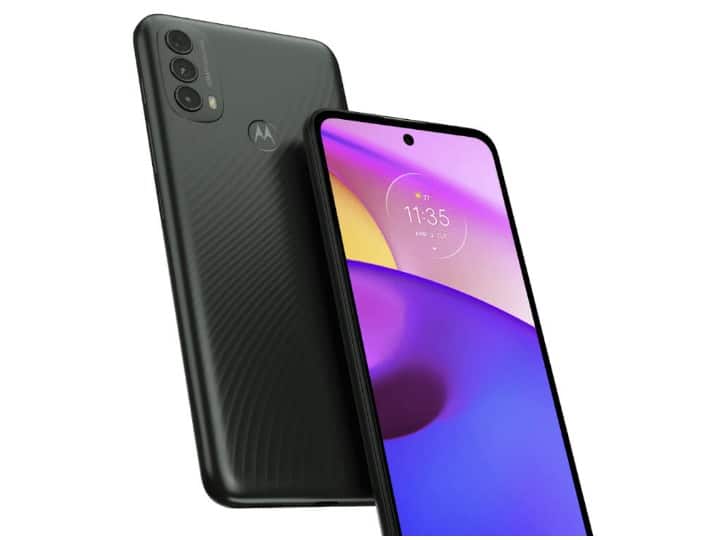 Moto E40 Smartphone: Motorola has launched a new smartphone Moto E40 under its E series. The company has introduced this phone with two color options. You can increase its storage up to 1 TB. Octa-Core Unisoc T700 processor has been given for performance in this budget phone. This Motorola phone is equipped with a triple rear camera setup. Let us know about its price and features.

so is the price
Motorola Moto E40 has been launched in India with a price of Rs 9,499. This price is for its 4GB RAM and 64GB internal storage variant. This Motorola phone is available in Carbon Gray and Pink Clay color options. The sale of this phone will be started on October 18 on the e-commerce platform Flipkart from 12 noon.

specification
The Moto E40 smartphone has a 6.5-inch HD+ display, which has a resolution of (720×1,600 pixels) and a refresh rate of 90Hz. This phone works on Android 11 based operating system. For performance, Octa-Core Unisoc T700 processor has been used in it. It has 4GB RAM and 64GB internal storage, which can be expanded up to 1TB with the help of microSD card.

camera and battery
For photography, a triple rear camera setup has been given in the Moto E40 smartphone, whose primary camera is 48 megapixels. There is also a 2-megapixel depth sensor and a 2-megapixel macro lens. The phone has an 8-megapixel camera for selfie and video calling. It will be equipped with quad pixel technology. The company also has the option of Improved Night Photography available in it.

Battery and connectivity
A 5000mAh battery has been provided for power in the Moto E40 smartphone, which comes with 10W standard charging support. For security, it has a rear mounted fingerprint scanner. For connectivity, features like 4G LTE, Wi-Fi 802.11, Bluetooth V5.0, GPS, FM radio and USB Type-C port have been provided.

Discount Offer: This premium smartphone of Samsung is getting a discount of more than 36 thousand rupees, here are the offers