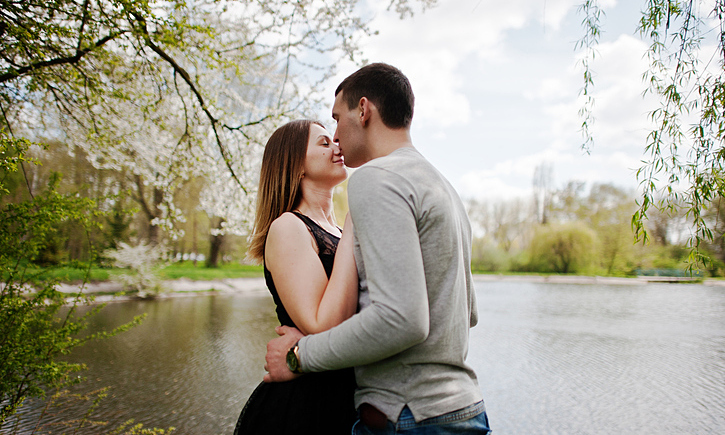 Many girls mistakenly think that what their boyfriend does for them is thoughtful and sweet, but in fact it is manipulation.

Here are 10 manifestations of this relationship.

1. Say “You are my everything”

There are guys who often say this sentence. It sounds romantic at first, because it makes you feel special and unique in his life. But then also because of that you gradually lose your independence.

No one should be pressured to be someone else’s world. Next will be a series of days when you are pulled away from family and friends to devote yourself completely to him. When you want to hang out, he’ll say “You’re my everything,” to show you how pitiful he is and make him a priority again. By the time you realize and want to get out of this toxic relationship, he’ll talk more and more, leaving you with endless guilt.

Is it true that every time a boyfriend shows excessive jealousy, he quickly excuses his bad behavior because he loves you too much. It can be a way of distracting, but don’t ignore it, because these bad behaviors are a true reflection of what he thinks.

3. Can’t live without you

He said you mean a lot to him, even to the point of dying without you. This is not romantic at all. Many emotional abusers will use suicide threats to control you. They always use this sentence as a way to hold on to the other’s feelings, even though the relationship is dead.

He says he misses you a lot, constantly texting, even calling dozens of times every time you go out with friends. The frequency will be more and more, more frenetic and more demanding than before. This isn’t being sweet, it’s actually testing you.

Normally giving gifts is a sweet gesture, but if he gives you things you don’t need, don’t like, but rather things that want to keep you in shape, that’s a red flag. He is trying to make you what he wants, not loving and respecting you for who you are.

Compliments and flattering words make you go crazy, but if he’s always using it to seduce you, it could be a disguise. This person is actually taking you off guard and could use this as a manipulative spell later on.

7. Say you’re better than all the other women

Not all compliments are good, especially when it comes to sexist and discriminatory elements, something like “All women are greedy for money, but I’m not like them”…

He will call you “crazy”, “stupid”, “clumsy”, but say he just “loves your stupidity”. This way of saying is really bringing down, makes you lose confidence in yourself, and he comes across as the giver of love.

9. Need to see you right away

He can’t wait to meet, asks you to arrange work to meet, or sometimes suddenly shows up at your house without warning, because he wants to “surprise you”. In the beginning this is something romantic, but often it is not okay. Basically, he doesn’t trust you.

The two argued intensely, but then he acted as if nothing had happened, showing love and sweetness. He will often say: “You misunderstood me”, “Is that what you think of me even though I love you so”… making himself perfect, sweet, and you are pushed towards wrong. Be careful when you love such a person.

Bao Nhien (According to Bolde)