The duo Nguyen Tung Duong – Phuong The Anh of Vietnam won 40.8 points after the first test of moderate difficulty (2.0). This is a content that only Vietnam and Malaysia can compete (because Singapore withdrew at the last minute), so the Tung Duong – The Anh pair will definitely have a silver medal. Kimberly Qian Ping Bong completed the exam with a total of 230.4 points and surpassed Phuong Mai. Meanwhile, the No. 1 candidate Nur Dhabitah Bte Sabri finished the competition with 59.8 and officially won the gold medal (290.45 points). 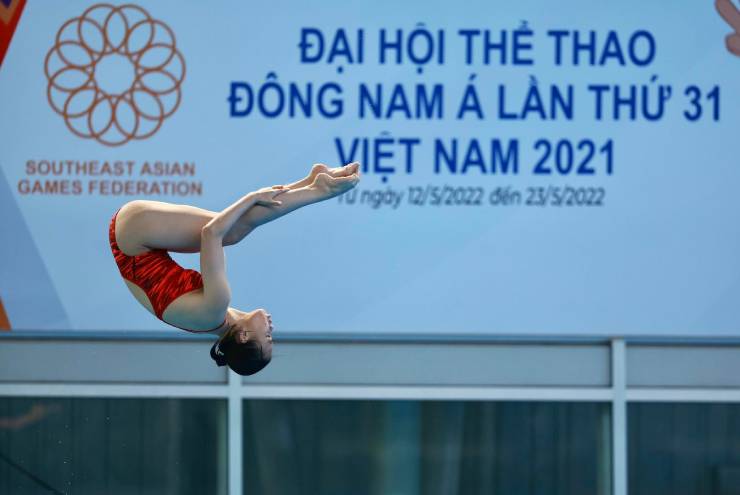 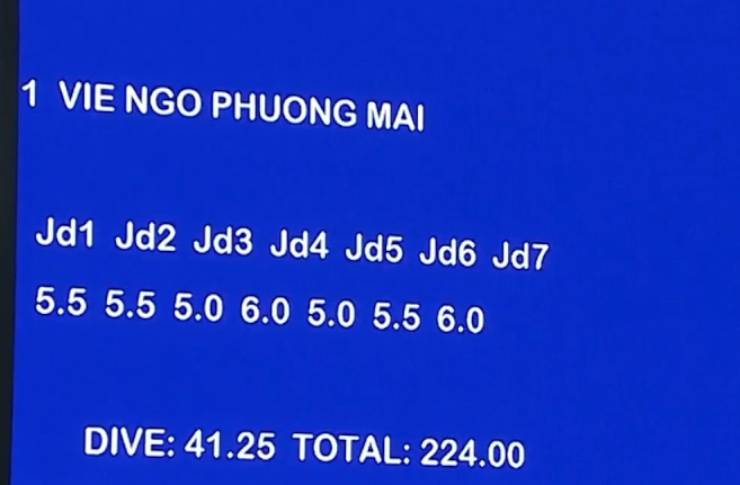 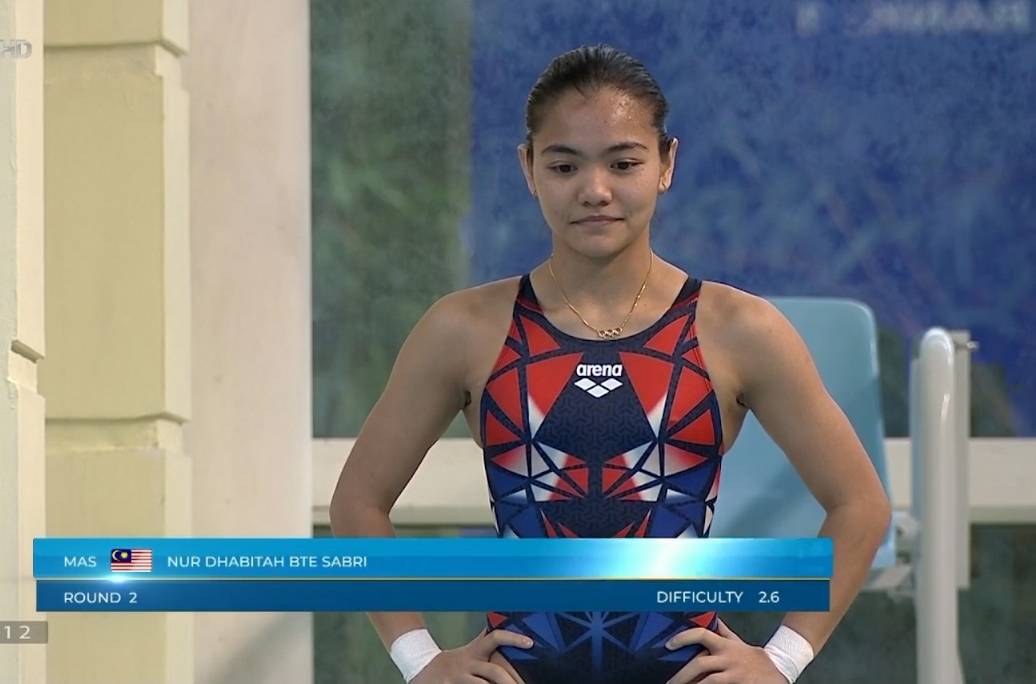 Phuong Mai completed the 4th round of the exam and got a total score of 182.75. After that, a Malaysian athlete, Kimberly Qian Ping Bong, finished the test but still scored lower than the Vietnamese representative.

Previously, Nur Dhabitah Bte Sabri, the No. 1 candidate for the gold medal, showed a superiority with 121.30 points after only 2 jumps. On the 3rd jump, she still kept her performance very high and regained 1st place with 173.05 points.

The Vietnamese representative performed the test with a difficulty of 2.4 and won 44.2 points. Her total score after 2 rounds is 94.6.

Soon after, the Singaporean athlete performed poorly and got a lower score than Ngo Phuong Mai.

The opening ceremony of the 31st SEA Games will not take place until May 12, but on May 8, the congress will name the first two athletes to win the gold medal. Diving competition will take place in four days, from May 8 to May 11, with a total of 8 sets of medals and 2 sets of medals will be awarded each day of the competition. On the first day (May 8) of diving, there were 2 finals for women’s 1m softball singles and 3m men’s softball doubles. This is the subject that Malaysia is rated the strongest, they have won all 4 gold medals/4 content competed in the 30th SEA Games.

Malaysia’s most notable star is Ng Yan Yee, who won 5 SEA Games diving gold medals. She is definitely the heaviest name for the gold medal in the women’s 1m softball singles event.

Ngo Mai Phuong and Nguyen Tung Duong are expected to achieve good results. Mai Phuong is the athlete who won the bronze medal in the 3m softball singles, while Tung Duong finished fourth in the men’s 3m singles at the 30th SEA Games.

The Vietnamese team will definitely have a silver medal in diving

According to the latest information from the organizers, Vietnamese diving will definitely win silver in the men’s 3m soft doubles event because the Singaporean athlete withdrew. Regulations of the organizers of each subject must have 3 teams to hold the competition or it will be canceled, but Singapore just announced it at the technical meeting before the tournament, so even though there are only two countries, this content is still accepted. organization.

Thus, Vietnamese diving will definitely have at least 1 silver medal even though they have not competed yet. It will also be the first medal of Vietnamese sports at the 31st SEA Games. The final of this content takes place at 4:10 pm (May 8), the Vietnamese diving couple will compete with two Malaysian competitors. Although not as highly appreciated as the opponent, the Vietnamese audience is still waiting for the unexpected to happen.

SEA Games schedule on May 8 Despite their age, veteran athletes like Tien Minh or Pham Van Mach are still the hopes of Vietnamese sports at the 31st SEA Games.