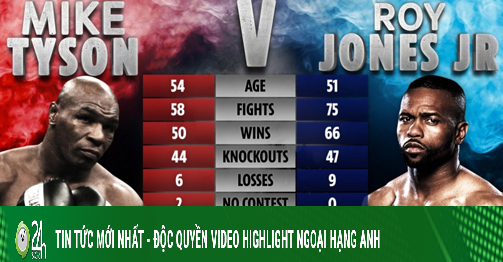 (Direct boxing Mike Tyson vs Roy Jones Jr, around 11am, 11/29) The heroic match that is worth waiting between Mike Tyson and Roy Jones Jr is at the heart of the sports world.

How much will Mike Tyson and Roy Jones Jr receive?

According to the IB Times, Mike Tyson earned $ 10 million, while Roy Jones Jr received $ 3 million, plus $ 1 million in guarantee fees to take the place. In addition, if the view in the form of “pay-per-view” meets the broadcasters’ prediction, the two boxers can earn 20 million USD each.

“There are some incorrect rumors to clarify, two boxers can knock out each other and find the winner. Anyone who says this was not the real match will have to think again. I believe the audience is thinking they won’t get to see a real Tyson, but this will be the real match possible, knockout allowed, win lose. ”

Mike Tyson teased reports of record pre-match PPV (paid views) sales as a way to overwhelm rival Roy Jones Jr.’s morale. On Twitter, Tyson also “defeated” those who criticized him with a screenshot of Yahoo! Reported the financial success of this match before rooftop. Numbers don’t lie, Tyson writes. Your haters won’t be able to understand the significance of these numbers. The match is coming very close, be careful Roy Jones Jr ”. More than 300 members are working at full capacity to prepare for the super classic match in Los Angeles. Before the match between Mike Tyson and Roy Jones Jr, there were two other clashes that also received a lot of attention, Youtuber Jake Paul will meet former NBA star Nate Robinson and the match of two punches. “Badou Jack vs James DeGale. Lil Wayne, Wiz Khalifa and Ne-Yo are the artists who will perform between matches.

After a long time of waiting, Boxing fans are about to enjoy Mike Tyson’s comeback match at 11:00 on November 29. The opponent of “Iron Mike” is a great heavyweight puncher, Roy Jones Jr. This encounter belongs to the framework of a large-scale Boxing event (including 7 matches) taking place at Staples Center, Los Angeles (USA). Before the match, many sources believed that the organizers stipulated that Mike Tyson and Roy Jones Jr were not allowed to knock out opponents to ensure the safety of both boxers (both over the age of 50). However, a member of Triller, the unit that has the right to broadcast the Boxing friendly match, immediately denied.

Nobody wants the heroic curtain between the myths clamped down by strict rules. If so, Mike Tyson and Roy Jones Jr. will comfortably bring into play all the quintessence when “unleash”, so the attraction of the match also multiplied. 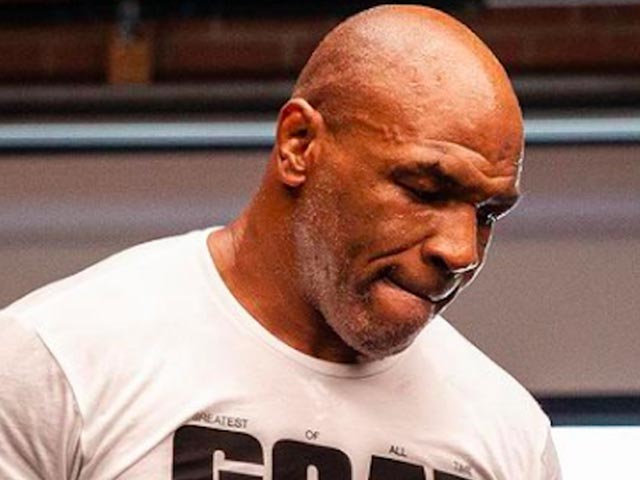 (Sports news, boxing news) Mike Tyson will make a sizable sum of money fighting Roy Jones, but promised to transfer all the money to the fund …