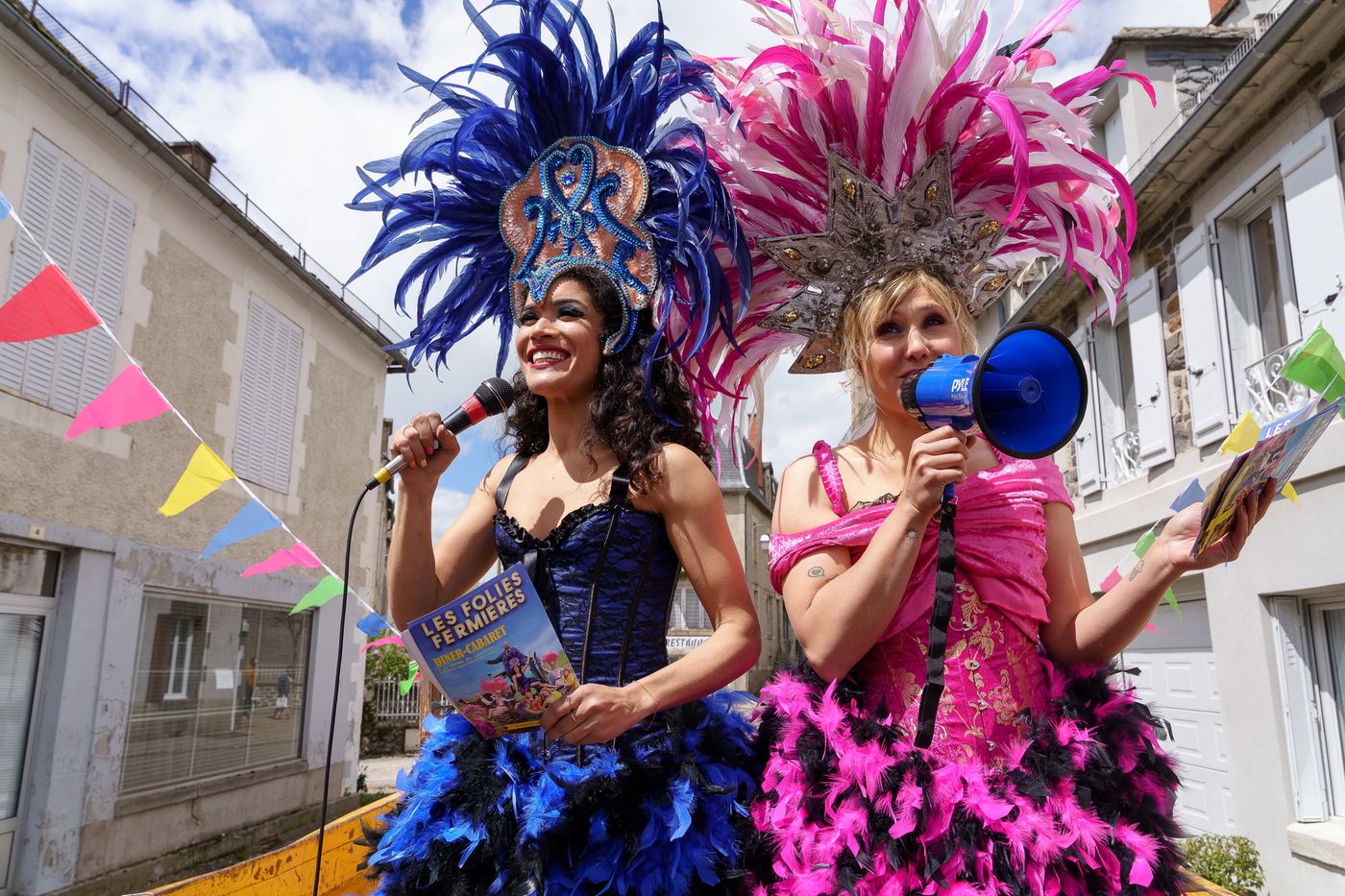 A peasant commits suicide every day in France. David Caumette, the last breeder from his village in the Tarn, could have joined these sad statistics. But he had the idea of ​​combining his agricultural activity with a shop where he could sell his products and those of his colleagues directly, a restaurant where “the show is on the plate”, then a cabaret to also put the show on stage and attract more guests. The Folies fermières are created and the family farm saved.

It is this beautiful story that he told in a book written with Anne Leblé (Éd. du Rocher) and which Jean-Pierre Améris captures (Marie Heurtin, Fathers profession) by transposing it to Cantal, a region dear to this Lyonnais.

Either David (Alban Ivanov), recently divorced, who works tirelessly in the dairy farming started by his grandfather (Guy Marchand), where he also lives with his mother (Michèle Bernier). His father, who killed himself with the task, is no longer there to support him when everything goes from bad to worse, between the increasingly high production costs, the debt which runs and the incomes in free fall. The bank’s verdict falls: without recovery within two months, the operation will be put into compulsory liquidation.

A gallery of endearing characters

Before returning home with this new sword of Damocles above his head, David treats himself to a break with an evening in a club in Aurillac where artists like Bonnie (Sabrina Ouazani, impressive), dancer and trapeze artist, make you forget all your worries for an hour or two. It will be understood, it is not long in imagining that setting up a cabaret in his barn could refloat his farm. He offers Bonnie to help him set up this crazy business by enlisting artists from the region found thanks to Pôle emploi. Bad pick: the young woman hates the countryside.

If David Caumette’s adventure is original to say the least, Jean-Pierre Améris’ film has an air of deja vu by drawing its comic effects from the opposition between two worlds as contrasting as they are abused, cornered peasants and artists in difficulty. , in a plot sewn with white thread. Nevertheless, this comedy seduces with its dialogues, its rhythm and its gallery of endearing characters, tender ones who hide behind the screen of harshness. Composed of odds and ends, the show takes shape under Bonnie’s strong impulse and the magic of the cabaret arises in this corner of Cantal.