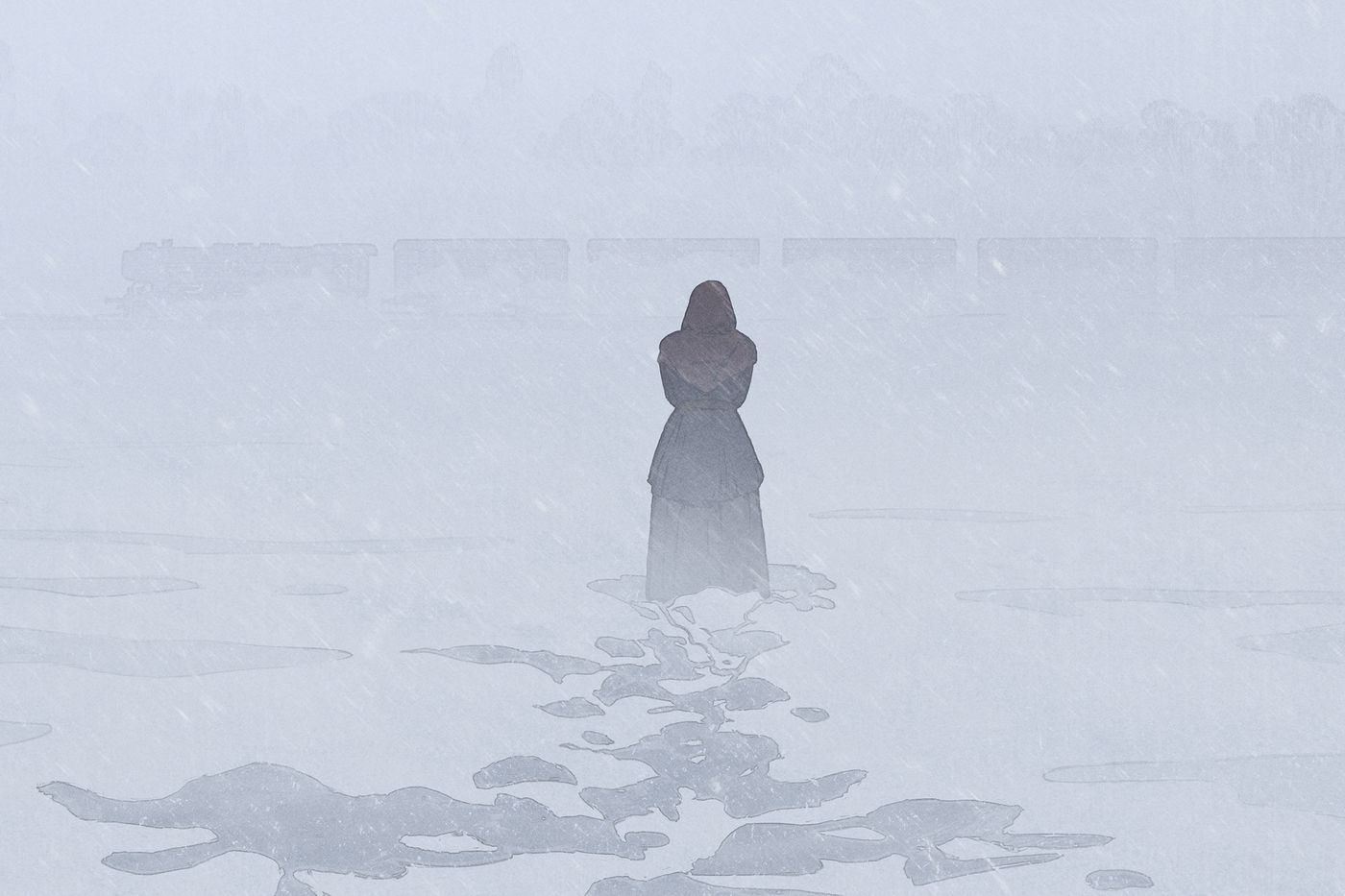 A few hours before the announcement of his death, Friday June 17, the name of Jean-Louis Trintignant was mentioned during the Annecy Animation Film Festival. In what will be the last of 180 film roles, the actor who was said to have the most beautiful voice in cinema has lent him to an animated film project. His grave and caressing timbre and his elegant diction will be at the service of the adaptation project by Michel Hazanavicius (The Artist,Cut!) from a book by Jean-Claude Grumberg, The Most Precious of Commodities (The Threshold, 2019).

Jean-Louis Trintignant is the narrator of this allegory on the Shoah, which borrows its narrative structure from the tale. Once upon a time there was a couple of lumberjacks living deep in a Polish forest, when the ” world War “.

A poor woodcutter lamented not having children. A dream that comes true when one day she collects “the most precious of goods”fallen from one of the trains that keep crossing the forest: a newborn baby whom she wants to keep at all costs, against her husband’s advice…

“I had promised myself not to make a film on the Shoah for intimate reasons, because my family comes from that story.began by explaining Michel Hazanavicius. This film will not be obsessed with the duty of memory, but rather with the duty not to take pleasure in this poisoned history from which we must move away. » For the filmmaker, making a film about the Shoah is important because “the last survivors are disappearing and that we are leaving the era of testimony to enter that of fiction”.

With in mind, a responsibility: how to evoke the deportation while avoiding being obscene. “Showing men and women in rags getting off a train is the Nazis’ mise-en-scène. On the contrary, we must restore their dignity to beings who have been stripped of it.»

The tale allows, according to him, to put horror at a good distance. “Never the words Jews, Poland or Auschwitz are pronounced, unlike the book.The fate of these characters will allow us to touch on the question of the camps and find light in the darkness.», believes Michel Hazanavicius who wrote the adaptation with Jean-Claude Grumberg, a friend of his parents whom he has known since childhood.

Animation also makes it possible to create a distance, “but it is not sufficient, because it attenuates itself”according to the filmmaker who is also an excellent draftsman. “I went for a classic form in the representation of animals and characters and an expressionist style for the trees. The film makes a movement from the tale to reality and the realism of the line makes it possible to make this bridge. » Inspired by the first Disney, but also by Japanese prints, he sought to assume the codes of the tale by playing on the effects of shadows and fog.

Presentation, Friday, June 17, of the adaptation project of “The most precious of goods”, by Jean-Claude Grumberg, at the Annecy Festival / Annecy Animation Film Festival

Signed Julien Grange, the very beautiful decorations projected on the big screen during the presentation, at the crossroads between painting and illustration, are inspired by Russian naturalist artists. The animators’ drawing, which recounts both shadow and light, is inspired by that of Michel Hazanavicius but also by live action shots carried out prior to the work on the animation.

Very expressive, the actors seemed, in the images shown, to be able to dispense with words to convey their emotions. The Most Precious of Commodities could it therefore have been silent, like the most famous of Michel Hazanavicius’ films? “There is very little dialogue in the script, because the less said, the less shown, the better the story is told. If we remove the sound, the film must remain understandable. »

The filmmaker has also chosen a cast of five-star voices: Dominique Blanc, Gérard Depardieu and Denis Podalydès, who “manage to make literary texts sound without being bombastic”. To hear them, however, we will have to wait until 2024.