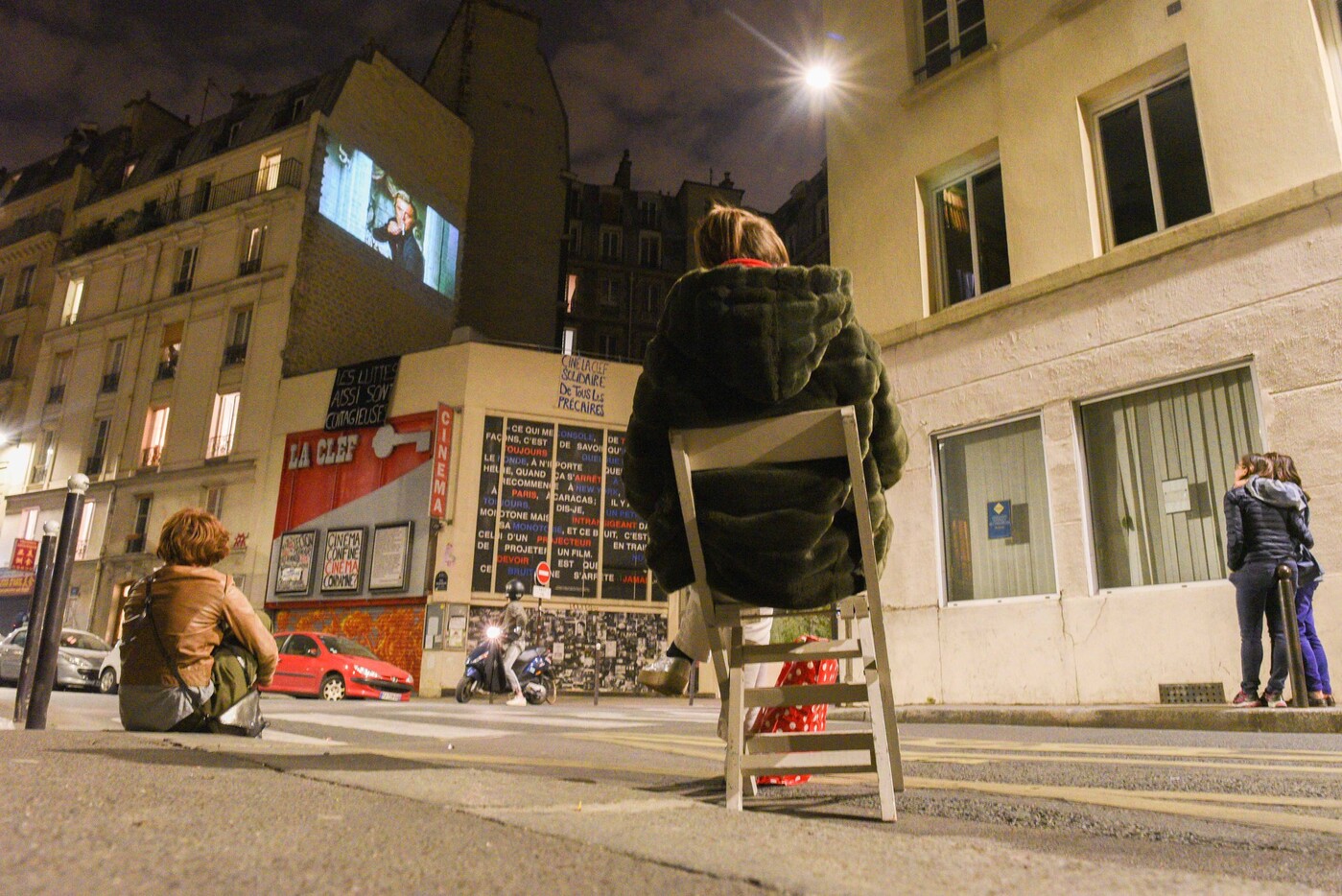 Its facade is still there with its symbol, a key supposed to open up to other horizons, and its typical 1970s lettering. Housed in an ugly building in the form of an outgrowth at the corner of rue Daubenton and rue de La Clef, this cinema is emblematic of these small arthouse theaters in the Latin Quarter which resist against all odds and maintain a film-loving and student spirit that is unique in the world.

Since the end of October La Clef, like all the other cinemas, has had to close its doors. Even outdoor projections on a wall of the neighboring facade, organized during the first confinement, were prohibited for him because of a curfew. However, the home cinema collective which has occupied it for eighteen months to prevent its closure, is determined to continue the battle.

The support of many filmmakers

A “free web radio” has been broadcasting non-stop since Wednesday, February 17, and a support column from the French Society of Directors, was published last week in Release, signed by big names in cinema from Jacques Audiard to Pierre Salvadori via Claire Denis, Agnès Jaoui, or Michel Hazanavicius. A last stand before the expiry, today February 19, of the legal deadline which allows the city of Paris to preempt the premises.

→ MAINTENANCE. Alberto Barbera: “We must fight to save the cinemas”

“At a time when cinemas and places of culture are plunged into morbid darkness, it seems unimaginable to us that the mayor of Paris is not at the side of those who are fighting to illuminate our lives with the light of their projectors”, say the signatories. However, the municipality has already indicated in early February that it did not intend to exercise its right of priority, despite the wish of part of its majority.

At the last Paris Council, the cultural assistant Carine Rolland put forward legal and financial arguments – the cost of the buyout would amount to more than 4 million euros – to justify this decision. But above all, she recalled the intention of the sole buyer of the premises to have come forward, the social and solidarity economy group SOS, to maintain the activity of the cinema. “Our position is simple, we explain to the town hall. We have always said that we wanted this independent arthouse cinema to continue its activity and remain independent. This is the case with the current buyer. “

→ FACTS. Cinema, launch of a platform dedicated to the most fragile films

It even undertook mediation between the two parties so that they find common ground. But the dialogue, which began in January, quickly ended. The collective estimated their approaches “Incompatible” and suspects the SOS group of simply wanting to carry out a real estate transaction. “We got involved because the collective itself requested us and with the intention of saving the cinema and its editorial line which corresponds to our values, defends Nicolas Froissard, in charge of the file at SOS. We are even ready to entrust them with the programming. I said it, I wrote it and if we have to make commitments in a contractual framework, we will. “

It is the personality of its leader, Jean-Marc Borello, a very close friend of Emmanuel Macron, which crystallizes the oppositions. In thirty years, he created a giant of the social economy which manages more than 500 establishments and achieves 700 million euros in turnover. “So for them, we are a multinational while we remain a non-profit association group, continues Nicolas Froissard. We are not looking for profitability but we will have to find a model that allows cinema to be in balance. ” It is on this vision of the future that the differences seem irreconcilable.

The SOS group highlights its experience of Commune Image, a 150-seat theater bought in Saint-Ouen around which it has created an ecosystem by renting the premises to small film entrepreneurs, particularly in the field of post-production. The home cinema collective sees in this the risk of “Privatization” from one of the last associative cinemas in Paris. “We regret the disengagement of the public authorities, argues Derek Woolfenden, one of the spokespersons of the collective. What we stand for it is an experimental place, self-managed by passionate volunteers, and practicing free prices. ”

Suffice to say that the file is for the moment at an impasse. However, in the event of no agreement, the occupants are subject to expulsion decided by the courts and enforceable in early June. “ Si it is not the city of Paris and not the SOS group, who will it be?, regrets Nicolas Froissard. A real estate developer? “

nineteen eighty one. The cinema, victim of the crisis, is sold to the Works Council of the Savings Bank which maintains the activity of two cinemas (120 and 65 seats).

1990. The Images elsewhere association, led by Sanvi Panou, takes over the management and devotes it to films from other continents, particularly African and South American.

2015. The CE of the Savings Banks puts the premises up for sale.

2019. The employees’ attempt to take over the cinema failed and the premises were occupied by a collective of citizens who took over the activity under the name La Clef revival.