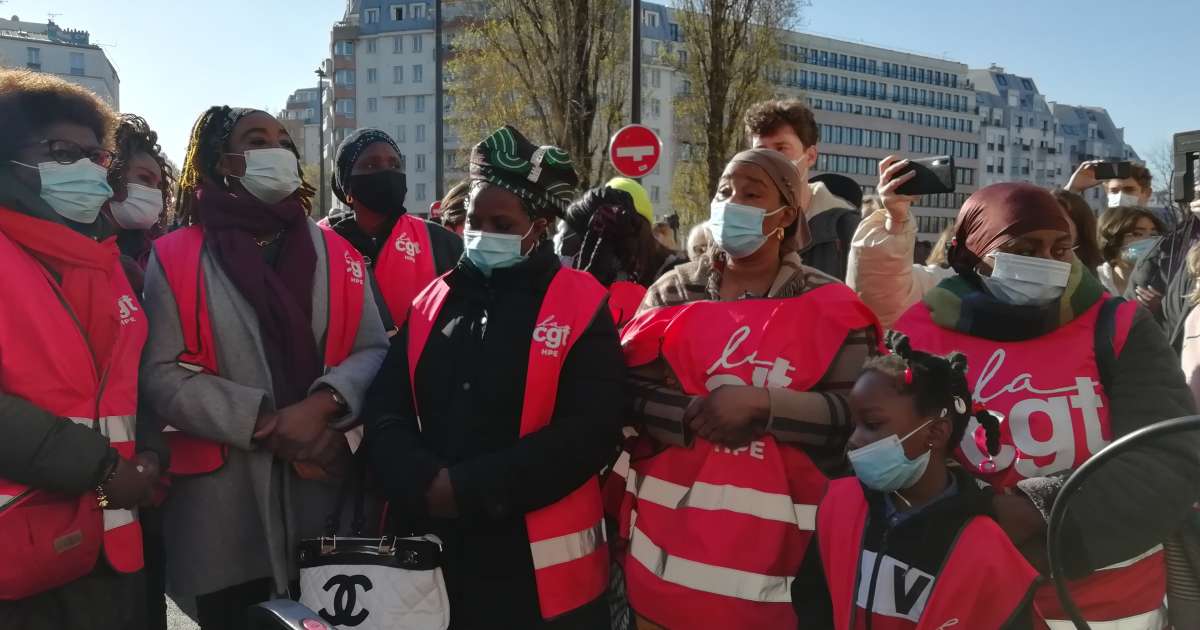 “We have all our time, if we still have to stay there for five, ten, fifteen months, we will stay!” ” Sylvie Kimissa, 50-year-old Congolese, has worked as a chambermaid at the Ibis Batignolles in Paris for more than eight years. She is one of twenty people (seventeen chambermaids, two housekeepers and a team member) engaged in a battle against their employer, the cleaning company STN, and the hotel giant Accor.

With the other strikers, she was summoned by the Paris Prud’hommes Council this Wednesday, April 7, after having taken the two companies to court for racial and sexist discrimination.

“Rubbing, rubbing, it hurts your back”

At two hours of the hearing, good humor reigns among the strikers, who hail loudly a few meters from the Prud’hommes council. CGT flags fly, support signs are raised. About thirty people came to accompany the chambermaids before their hearing.

Among them, several political figures such as the insubordinate France deputies Danièle Obono and Eric Coquerel, the EELV MEP Marie Toussaint or the elected socialist Audrey Pulvar. A presence that the housekeepers made a point of welcoming because, ” without support, we cannot fight. This is what gives us the courage to continue ”.