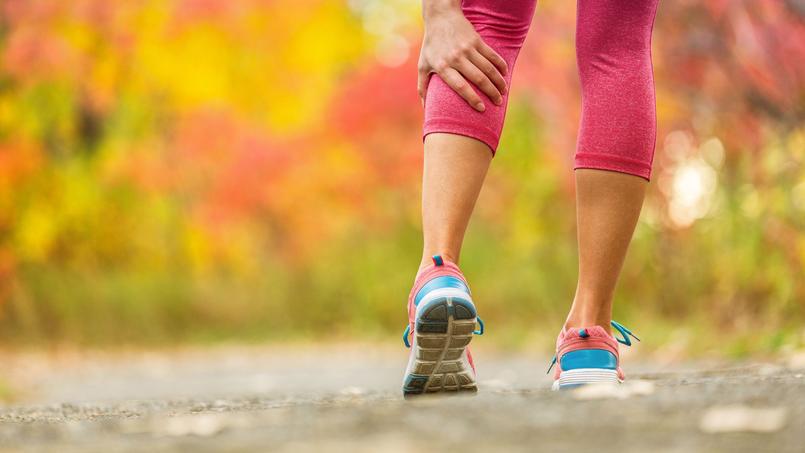 Hygieno-dietetic measures are usually enough to reduce or solve edema problems. Starting with the adoption of simple and effective eating habits.

Also sometimes called edema, water retention is an accumulation of water in a tissue of our body. It results in swelling, especially of the toes, ankles and thighs, but also of the stomach, fingers or eyelids. It is easily spotted thanks to the sign of the cup, this pressure of the thumb which leaves the trace of the finger for a few moments on the skin. Benign in the vast majority of cases, it is explained by an imbalance in the circulation of water in the blood capillaries. Indeed, the water, resulting from the plasma, is first transported towards the cells by the arterial capillaries, then is reabsorbed, with the carbon dioxide and the waste, by the venous and lymphatic capillaries. “Retention occurs when the filtration of water by the arterial capillaries is greater than its reabsorption by the venous capillaries, which is called the Starling equilibrium“, explains Dr. Philippe Blanchemaison, phlebologist.

In question, most often: a bad venous return but also an excess of salt. Indeed, water is attracted to the most concentrated media (in salt, sugar and protein, for example), where it stagnates. problem. Ideally, 3 to 4 grams of salt per day is more than enough. However, our rich societies greatly exceed the dose, to be around 12 grams and sometimes more, per person! You have to get used to not re-salt the food and give preference, whenever possible, to homemade preparations. Industrial meals are rich in sodium (contained in additives and colorings), as are soft drinks and especially light drinks. “Industrial food uses some 400 molecules as additives, some of which have a harmful effect on the permeability of blood capillaries, specifies Dr. Blanchemaison. It also contains endocrine disruptors that could promote water retention.”

” READ ALSO – Why salt is such a poison for our arteries

Drink 1.5 liters of water a day

The advice seems counter-intuitive, but it’s important to stay hydrated (1), even when you’re experiencing water retention. Indeed, if it is poorly hydrated, the body tends to store water, thus aggravating the problem. “Drinking regularly allows the kidneys to work,” says Dr. Ariel Tolédano, phlebologist. Of course, waters low in sodium (less than 20 mg per liter) should be preferred: Courmayeur, Thonon, Evian, Vittel, Contrex (still waters), Salvetat, Perrier (sparkling waters), Wattwiller and Rosée de la Reine ( spring water). “Even if there is no consensual rule in France concerning the quantities of water to be consumed daily, 2 liters seems to me a minimum”, underlines Dr. Tolédano. If in doubt, just look at the color of the urine: hydration is correct when it is clear, and insufficient when it is dark.

A good balance between sodium and potassium is necessary to facilitate diuresis (production of urine). It is therefore interesting to salt little while regularly eating foods rich in potassium, which encourages the elimination of excess water in the interstitial tissues. These include artichoke, asparagus, broccoli, carrots, celery, Brussels sprouts…”The potassium content varies for certain vegetables depending on the cooking method, says Dr. Tolédano, without it being possible to draw general rules. Boiled carrots contain less potassium than raw carrots while boiled broccoli and cabbage contain more potassium than raw.Be careful, however, not to exceed the daily intake recommended (3500 mg) by the European Food Safety Authority (EFSA): hyperkalemia (excess potassium) presents a risk of cardiovascular complications.

“Fresh pineapple is the anti-edema fruit par excellenceexplains Dr. Tolédano. Il contains bromelain, an enzyme that exerts an anti-inflammatory and anti-oedematous action.Asparagus, already mentioned for its interesting potassium content, also contains fructosan and asparagine whose diuretic action is well known, as well as flavonoids which improve blood circulation. Composed of 95% water, the cucumber is interesting for its draining virtues, like the melon. The fibers contained in peaches and figs (especially dried) promote good intestinal transit, interesting for the elimination of water. Red fruits (blueberries, strawberries, raspberries) are also recommended because they contain anthocyanins and flavonoids that protect blood vessels and capillaries.

Cut down on carbs

“You must eat animal and/or vegetable proteins every day, further specifies Dr. Ariel Tolédano, because a drop in their concentration in the blood prevents proper reabsorption of water from the interstitial tissues to the capillaries.The recommended daily intake is 1 gram per kilo, or, for example, 60 g daily for a 60 kg person. Conversely, reducing industrial sugars can prevent aqueous cellulite, water retention, from evolving into adipose cellulite.

” READ ALSO – Still water or sparkling water? What you really need to know before choosing

Adopting good habits is essential to fight against swelling. Move every day, in addition to avoiding sitting or standing in a static position for too long. “Walking is the best restraint, it ensures good venous tone,” insists Dr. Philippe Blanchemaison. It is advisable to practice a regular sports activity (to sweat and improve circulation) several times a week, such as walking but also swimming, water aerobics or cycling.

Do not cross your legs so as not to compress the vessels, especially at the level of the popliteal fossa (at the back of the knees). Favor cool environments since the heat dilates the vessels and prevents good blood circulation. Avoid very tight clothing which can also hinder blood circulation. Massage your legs very regularly or treat yourself to massages in an institute. Sleep with your legs slightly elevated.

Be careful not to gain weight, especially over the age of 50, when the extra pounds are difficult to lose (or even impossible without regular physical activity). In case of venous disease, stockings, tights or compression socks should be prescribed.

In the vast majority of cases water retention, which sometimes goes unnoticed, and edema are not serious. They only result in daily discomfort, such as a feeling of heaviness in the legs. Apart from poor venous return or a diet that is too high in salt, the causes can be hormonal. An imbalance between estrogen and excess progesterone is responsible for swelling during menstruation or pregnancy. Doctors speak of lymphedema when it is due to a malfunction of the lymphatic system. Edema can also be caused by, among other things, heart failure or disease or a lung infection.